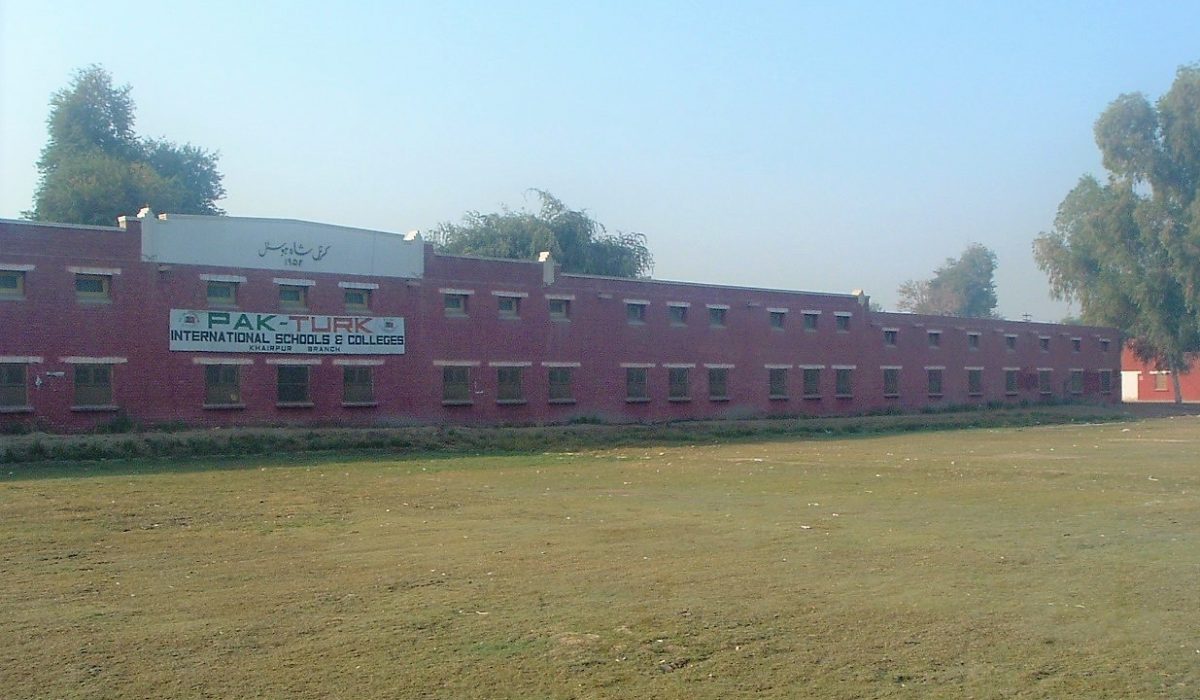 Educator Sadullah Bayazit continues to narrate the opening process of the first-ever Turkish School in Khairpur Mirs in the fifth part of the series in which he also narrates the “emigration of his friend-in-fate Abdülgani Gülmez. In this part, you will read about the state of the school before it was leased from the government.

Khairpur Mirs is generally a tough place in terms of living conditions. Yet, somehow, we had to convey educational services there. We agreed the time with our Pakistani consultant and set off. We were guests at the house of his father, who lived in Khairpur Mirs. We drove to the zila nazima‘s office and had a meeting. The officials showed us two or three school buildings for us to visit. We stayed in Khairpur Mirs for two or three days.

On one side of the complex, which would be allocated to us later, a public school continued education. The officials offered us the wing on the other side of the playground. “You can renovate this place and transform it into a school,” they said. The building was beautiful, but the opinion of the people there was a little different. They thought “a non-governmental organization (NGO) will come here and repair the buildings only”. That was because the representatives of other NGOs who came earlier, after doing a little repair, reported an amount much higher than the normal one and so they received money from their head office. Therefore, an understanding had been formed: “Foreigners do not come here for real; they do a little renovation at most and earn money for themselves!”

There were no windows or door left, weeds grew in the buildings

We did not like the buildings we had initially been shown. Later the officials showed us a school complex. That was a very beautiful place similar to the Kurşunlu Inn in Manisa. Another NGO was using a part of that building on consignment and without an agreement. However, although it was said that there was a primary school and a kindergarten on the wing under the use, the classes were empty. On the other wing was a teacher training centre that dated back to the times when Khairpur was a princely state. We are mentioning an empty and dilapidated place consisting of a dormitory building and five or six houses next to it. There were no windows and doors and weeds grew in the buildings.

Our foundation consultant said, “We get the main building and over time, we repair the others and build dormitories to accommodate the teachers. We can repair each building for 1000 dollars without much cost.” However, the scene did not reflect what he said. The buildings were extremely dilapidated. We said, “Let’s make this into a school. Here will be our school only and no one will not bother us. We will gradually overhaul these buildings, so let’s start from one side.” With this in mind, we decided to receive that building. We requested to lease that one-storey building, which resembled an old Ottoman complex. The officials allocated us the complex including a dormitory, five or six houses, a mosque and its adjacent two-room residence for the imam.

The officials did not believe us when we said, ‘We’ll make it ready by April’!

Around the end of January 2002, we signed an agreement with the local administration. The officials were surely glad that ‘a foreign NGO would spend a considerable amount to uplift a dilapidated building’. They asked us, “When will you be able to open the school here?” In Pakistan, schools have three semesters. Since the first semester started in April, we said, “We will make it ready by April.” They were surprised, so they asked again, “Do you mean April 2003 (a year later)?” We replied, “No, this school will be ready by April.” Even though they said, “It’s impossible,” we assured them and said, “We will start working right away!” We explained to them that we would be starting with a pre-school first and would elevate classes gradually up to Class 12.

The zila nazima seemed not fully convinced by our statements, but she said, “Okay!” We also showed her the agreement we had signed in Quetta. We signed a similar agreement with her office right there and then. According to the agreement we had signed with the local administration in Quetta, the yearly building rent was – as far as I can remember – 100 dollars as  a nominal amount. However, we were obliged to bear the entire expenditures related to the building, amenities and educational processes (including the teaching and support staff salaries, utility bills, educational tools and furniture, and the like). We had been handed an empty building there. The school building in Khairpur Mirs was considerably dilapidated. Pledging to meet the entire expenditures including the repairs, renovations, and maintenance, we signed the lease agreement for the abovementioned school building and its annexes.

Abdulgani would start working with repairing the building

We returned to Islamabad. While we had been busy with all those activities, Abdulgani had also completed his work in Turkey and returned to Pakistan. In almost no time, the foundation management told Abdulgani, “Pack up your bags, you are off to duty!” His entire belongings could fit into a suitcase; packing up would not take more than 15 minutes for Abdulgani. He immediately packed his luggage. He would be going to Khairpur Mirs, located 30 kilometres away from Sukkur, a hotter city which he never knew before.

Abdulgani was handed some money to initially start the repair and renovation of the buildings included in the agreement signed in Khairpur Mirs. The WCs in the complex had six or seven compartments with dilapidated walls and without doors. The washrooms had to be repaired, reconstructed and separated for male and female students. In addition to this, eight to ten rooms located to the left of the entrance of the complex had to be vacated immediately. Our foundation consultant would personally accompany Abdulgani to Khairpur Mirs and show him the places that needed repair and renovation. Moreover, one of the relatives of our consultant would also be recruited as a helper.

This city later became such a location that the teachers would wail on their first arrival by saying, “O Allah! What kind of a place is this?” due to the tough conditions. Those who stayed and worked there for a whole would weep while leaving and say, “It’s so hard to leave here, we considered ourselves a part of here!” We will listen to the next part of the story from him.

Part Four:  How was the Turkish school in Khairpur Mirs opened? (1)