Opening of the first PakTurk School in Lahore

Guitar performance by Meryem Köken and the ‘Child’s Prayer’ (Video)

Opening of the first PakTurk School in Lahore 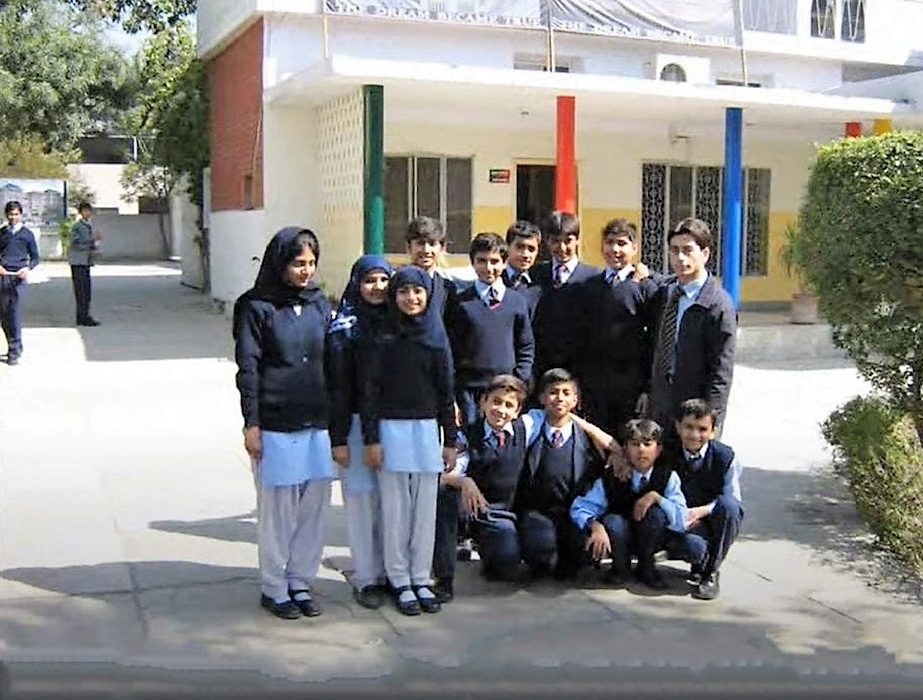 Educationist Doğan Yücel narrated through a witness account how the first Lahore branch of the PakTurk Schools was opened.

I had already mentioned that when I first went to Lahore in 2004, two PakTurk School branches were there. Let’s read the opening stories of those schools from a first-person account. Mr. Halit Esendir describes the opening of the school in Lahore:

“In 1999, we were struggling to open a school in Lahore as well. Although we shortlisted a few buildings, we could not get an official permission to start a school. At that time, Mr. Kamran had an electricity company in Lahore. Mr. Fesih, the deputy managing director of that company who had completed his civil engineering degree from a university in Lahore and one of his friends who later became an MP of the ruling party, tried to assist us because they knew the bureaucracy in the city. I personally visited Lahore many times to work on opening a school there.

In 1999, we opened schools in Peshawar and Quetta. However, despite our insistence and efforts, we could not succeed in Lahore, Pakistan’s “educational, artistic and cultural capital” with a population of nearly 10 million. While our attempts to open a school in Lahore were underway, a military coup took place on October 12, 1999. General Pervez Musharraf, the Chief of General Staff of the time, had gone on an official visit to Sri Lanka at the invitation of that country’s Army Commander. Due to political events before this visit, disagreements had arisen between the Pakistani Prime Minister Nawaz Sharif and the Chief of General Staff General Pervez Musharraf. On General Musharraf’s way back from Sri Lanka, Prime Minister Sharif announced that he had dismissed General Musharraf from his military post. The Nawaz Sharif Government at first did not allow the PIA passenger aircraft carrying General Musharraf to land in Pakistan. Later, the aircraft was diverted to a remote airport in Sindh province. This resulted in high-level military units first taking control of the Jinnah International Airport and enabling the PIA aircraft, which carried General Musharraf and nearly 200 other passengers, to land in Karachi. Meanwhile, military units around Islamabad surrounded the key buildings, including the Presidency, Prime Minister’s Secretariat, Pak Secretariat and PTV headquarters. The same night, the Pakistan Armed Forces assumed administrative control through a military coup without bloodshed.

The coup did not affect the activities of the PakTurk Schools

In his televised address to the nation on the state broadcaster PTV on October 14, 1999 in Islamabad, General Pervez Musharraf announced that a nationwide state of emergency had been declared. Meanwhile, the constitution was suspended and the national assembly and provincial assemblies were dissolved. The Nawaz Sharif government was overthrown and the Pakistan Armed Forces took control of the country. President Rafique Tarar remained in office for a while. However, this situation did not have a negative impact on our schools. Pervez Musharraf had spent his childhood in Turkey. He loved Turkey and Mustafa Kemal, and could also speak Turkish. The political atmosphere in the country did not have a negative impact on an education foundation originating from Turkey. Pervez Musharraf was an ardent Beşiktaş FC fan and during his presidency, Beşiktaş FC was invited to play a friendly match in Pakistan.

Although we saw the buildings found in September and October 1999, it was impossible to open the school. Later that year, on a recommendation, I prayed to Allah at Allama Muhammad Iqbal’s tomb in Lahore to grant us success. Meanwhile, our work continued and soon after, we rented a building in Gulberg, one of the central districts of Lahore.”

We started with 20-25 students in the first year

The memories of a ours’ friend, one of the first personnel of the school and who found the school building, are as follows:

“I arrived in Pakistan on April 5, 2001. I went to Karachi from Islamabad with the recommendation of Mr. Halit and stayed there until June. Later, I got married and stayed in Quetta for a while away from my wife. After our wedding in September, my wife and I settled in Lahore. We had already started searching for a school building in Lahore in August. There was a small dormitory in Lahore where a group of Turkish and Pakistani university students stayed. I stayed with those friends for about a month. I think we found the school building in September. We signed the lease agreement with Mr. Süleyman, who came from Islamabad. After the preparation process of the school, the first student took admission in October 2001. Mr. Süleyman, I and my wife started to work as the first administrators and teaching staff of the school.

In the first year, 20-25 students had taken admission in our school. We reached 60 students in the 2002-2003 academic year and 120 students in the 2003-2004 academic year. In our school, which consisted of two consecutive bungalows, our single teachers stayed on the top floor of the building in the back for the first one or two years. With the increase in the number of students, those teachers rented a house for themselves. In 2005, we started our high school classes and rented another bungalow behind our school. Hence, we started providing education services in two separate premises. We started the O level classes in 2006 and one floor of the back building was repurposed as a dormitory. In 2007, when the construction of our purpose-built school building on Raiwind Road was over, we moved there.”

Part Five: Opening of the first hostel in Lahore

Asma Batool August 14, 2021
| | |
Dear Editor and Mr Dogan Shahmir, one of the first students of Lahore PakTurk School Gulberg III Branch in 2001, grew up and even launched a national song " Chand Meeri Zameen, Phool Mera Watan" on occasion of the Independence Day of Pakistan. You can watch and promote from the following link: https://youtu.be/Sf579nZ9rHo Best regards,
0 0
0
Reply