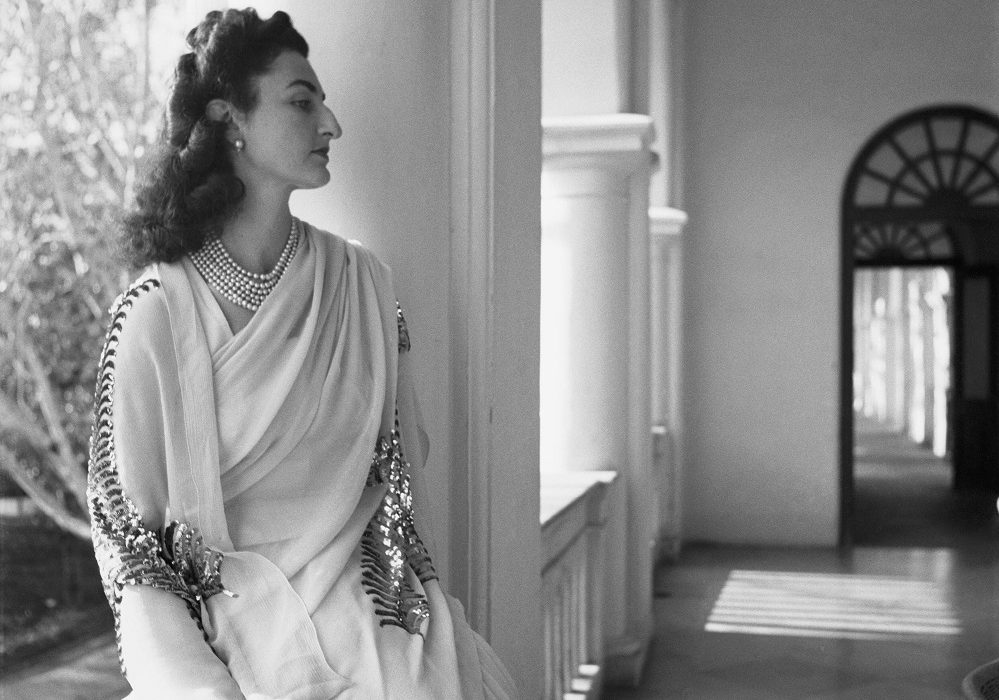 Researcher Doğan Yücel wrote the story of Khadija Khayria Durr-e-Shahwar Sultan, the daughter of the last Ottoman Caliph Abdul Majid Effendi, from Istanbul to Hyderabad Deccan. In the first part, he related the experiences and emotions of Durr-e-Shahwar when she was exiled from her country at 10.

The drama serial Durr-e-Shahwar was shot in 15 episodes in 2012 (https://www.youtube.com/watch?v=uJhsGbpGcKA) and has been lauded as one of the best TV dramas of all times in Pakistan. Why was that drama called Durr-e-Shahwar? Where did the name come from? Let’s go back some years in history and observe the cultural and social relationship between the Muslims of the Subcontinent and the people of Turkey in Anatolia from a very different perspective.

Khadija KhayriaDurr-e-Shahwar Sultan, the longest living family member of all Ottoman Dynasty since Osman Ghazi, the founder of the Ottoman Empire, passed away at 92 on February 8, 2006 in London. Durr-e-Shahwar Sultan was the last surviving offspring of the Sultan and the Caliph, the 21st generation grandchild of Osman Ghazi. What was the relationship between a lady of the Ottoman Dynasty and the Muslims of the Subcontinent?

Pakistan and this-day Bangladesh separated from India in 1947. Until then, Muslims were a majority in some states in the Subcontinent. Some of those provinces seceded and formed Pakistan. After the Pakistan-India War in 1971, Bangladesh declared its independence from Pakistan. One place that had sought independence in 1947 was the Muslim state of the Nizam of Hyderabad Deccan. This princely state was ruled by Asaf Jah VII, son of the famous Nizam Mir Osman Ali Khan and was surrounded by colonial Anglo-India. Although Pakistan claimed rights over this state, India declared in 1948 that Hyderabad Deccan belonged to its territory.

She spent her childhood in Dolmabahçe Palace

After the abolition of the caliphate in Turkey in 1924, members of the Ottoman Dynasty had to leave the country. Not only the male members of the dynasty, but also the grooms and daughters were ordered to leave the country. All the members of the dynasty had to leave taking nothing with themselves. Among the outgoing were young female descendants of the dynasty called sultanzada. These were Selma, Nilufer and Durr-e-Shahwar. After leaving Turkey, the family lived in Switzerland for a while, then settled in Nice in the south of France. Pakistan and India had not been separated. There was a serious sympathy and love for the Ottoman Caliph, especially among the Muslims of the Subcontinent.

Durr-e-Shahwar was born on January 26, 1914 in her father’s (last Ottoman Caliph Abdul Majid Effendi) mansion in Çamlıca and spent her childhood in Dolmabahçe Palace. This period, considered the dawn of the 20th century, was a very turbulent time for Europe. Events such as the Russian Revolution, the First World War and the ‘Spanish Flu’ epidemic in 1918 upturned countries and lives relentlessly.

She compiled her memoirs in the book she named ‘Doğan’.

Durr-e-Shahwar Sultan was the only daughter of the last caliph, Abdul Majid II, and was 10 years old when she left Turkey. She wrote and published some of her memories of those days in the book she later named Doğan (Hawk). Some of her memories in the book, as quoted by journalist-writer Murat Bardakçı, are:

“…It was certain that we would now leave our homeland; the newspapers, of which columns teemed with praises of his virtues when my father was still the Caliph, now cursed the Ottoman stately family, who ruled for seven centuries, and the Caliph, who sacrificed his life and happiness for his nation, which did not appreciate him.

…We were sitting in our private chamber after dinner that evening; I asked for the evening paper, which wrote many things against my father and the Dynasty; but my father did not give me those lines that showed the hypocritical side of humanity and broke innocent hearts, and said that such things always happened in life, and that small events were always insignificant when compared to big disasters.

A voice in my dream was saying, ‘Come on, let’s go’

…While I was dreaming many houses collapse on me in my troubled sleep on Tuesday night, a voice interfered and said, ‘Come on, get up, we’re leaving’. I opened my eyes and looked around in a dazed state. My mother was standing in front of me and, keeping her temperance with extraordinary fortitude, she was repeating:

Ah! So, these words were not part of my terrible dream, but were truth; “Where to?” I asked, as if my wretched (wounded) heart did not want to understand the phrase “We are going”, which opened a deeper wound.

Yes where? Maybe towards an unexpected disaster, maybe towards long-suffering and painful days spent abroad! With this sudden blow, all my hopes were destroyed and the bright lights of happiness were extinguished. I immediately got up and dressed hastily; Then I ran up the stairs and passed my father’s apartment and reached the great hall, but the view in front of me was so disastrous that I couldn’t stand it anymore and retreated to a dark corner and tried to erase the memories of those disastrous days with tears.

That’s when I realized how much I loved the beloved hearth of our ancestors, and I asked Allah Almighty for strength in order to cope with the agony of the wound inflicted on my heart by this great separation.

… My father’s old nanny, treasurer master, sat down on a chair as if he was being crushed by the bitter truths that surrounded him, saying, “Don’t forget me, huh?” between the cruel sobs that shrouded his weak body.

A terrible stillness had now invaded this marvellous place

With my father, we were to move in a journey group of ten: the headwoman, the Second Lady, my mother, Behruze the Head of Female Servants, my brother, and Keramet Bey, Huseyin Bey and Selahaddin Bey. Keramet Bey and Huseyin Bey were busy transporting our small luggage, which consisted of a few chests and suitcases.

They said, ‘Now is the time,’ and we started walking down the large corridor leading to the private apartments, on a path that I liked very much. A terrible calm had invaded this splendid place, which kept the good memories of the glorious times in its beautiful heart. From the windows overlooking the Bosporus, the dull light of the moon was illuminating our way, in parts, through the flying clouds.

… At eleven, Governor Haydar Bey came and said that we had to leave immediately. However, we had been waiting for a few hours in the private apartments for our departure.

The sound of the clocks, which brought the great separation a little closer at every moment, was telling us about the troubled days of the unknown future, and the wail of our wounded hearts was answering them.

…Who would console me? In the sadness that swept over everyone’s souls, the imperceptible time rolled slowly and it was five o’clock.

My father performed the morning prayer before he left

They announced that the cars were ready and we went downstairs. Sobs and wails were disturbing the calmness of the palace, tears leaking from the wounded hearts were trying to extinguish the agony rising from the hearts, and it was as if the fortunate that once had given us joy was now spreading gloom.

Before he left, my father performed the morning prayer in the chief chamberlain’s room and I was sure that he had prayed for the happiness of his nation and country.

… We bid farewell to the beloved homeland of our ancestors, leaving behind us the extinct hearth of the Ottoman family, which remained in power for seven centuries, and the throne of the geniuses who filled the Turkish history with glory.

…We finally got into the cars. I thought I saw many majestic shapes in the darkness of the night, and it was as if a majestic object approached us from among them, illuminating the terrible oppression! I couldn’t stand it anymore and said, ‘O grand Conqueror! Look who has claimed your masterpiece! They do not want your stately family, that masterpiece’s only guardian! They are expelling the Caliph, who is worthy of your generosity, from his own homeland! By refusing his service, they have broken his heart full of patriotism! They have tarnished the hitherto unsullied name of his nation. The Family of Osman, who revealed the nobility of the Turkish generation, has been dismissed from the beloved lap of their now-former homeland.’

…While the beautiful home of the Turks was slowly waking up, we were moving away from Istanbul.

…We were travelling along a bumpy road leading to Çatalca. Sometimes we got stuck inside a mud mass, and sometimes we waited because it was impossible to pass through the pits. We only continued after the policemen who escorted us fixed the road a little by placing stones. Towards eleven, we sat on the beach in a place of which name I cannot recall, and was content with some cold food we had brought.

…I picked a pebble from the ground as a last memory from my homeland. I thought while pressing this tiny little piece of my homeland over my heart. Yes, that would be my only solace in my sad days. Who knows, in my longing moments, I would look at this mottled stone and see the image of my beautiful city, the ruins of the majestic royal hearth destroyed seven centuries later, and a beloved home where I had spent my childhood.

We arrived at the nearest station and got on the train. A few minutes later, as we were leaving our beloved homeland and the glorious homeland of our ancestors, we felt that the joyless and miserable days dragging us towards an unknown future loomed closer and our happiness was left far behind.”

Arshad Waseem August 14, 2021
| | |
I wish the Durre Shahwar Sultan's book of memoirs was published in English or Urdu. If it is published, where can I find it? you may even venture translating it from Turkish. very well written
0 0
0
Reply