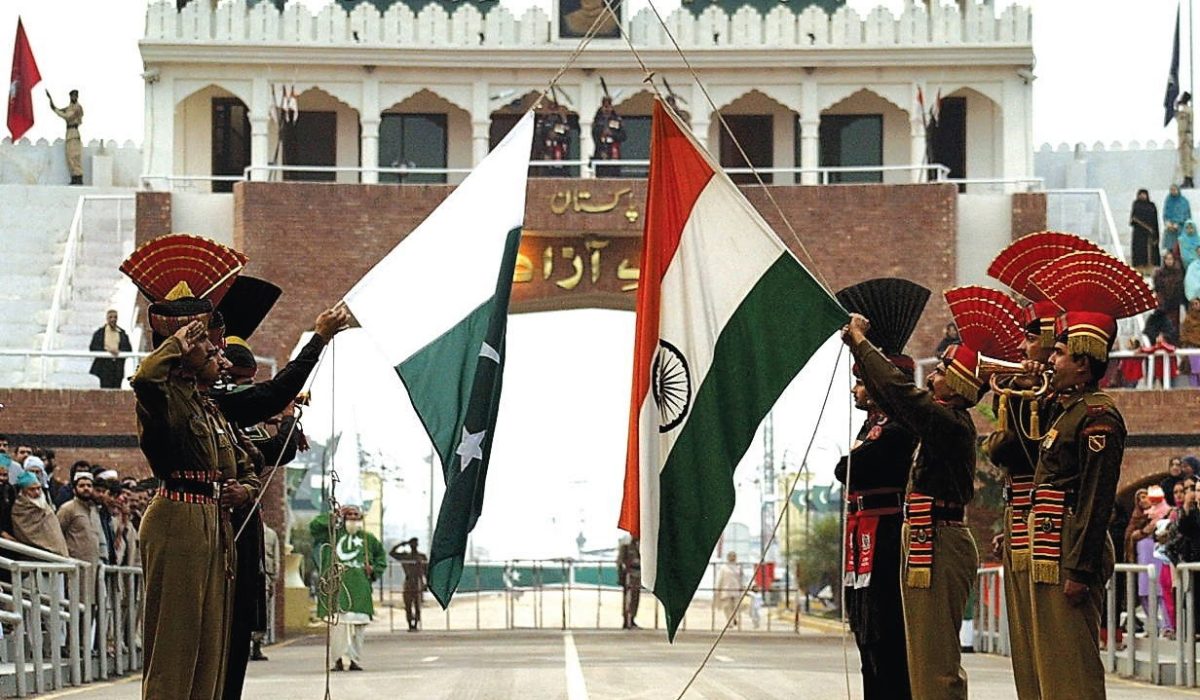 Educationist Doğan Yücel wrote about the exciting flag ceremony on the Pakistan-India border near Lahore.

One experience to be had at least once for anyone visiting or living in Lahore is to watch the flag lowering ceremony at the Wagah border.

This is a town in the Wagah district of Lahore under the union council UC 181. Serving as a transit trade terminal and railway station between Pakistan and India, Wagah is also renowned with flag ceremony held at the Wagah border. Wagah is located 600 meters west of the international border and is on the historic Grand Trunk Road between Lahore in Pakistan and Amritsar in India. The border is 24 kilometres from Lahore and 32 kilometres from Amritsar. It is also 3 kilometres from the Indian border village Attari. The Wagah flag lowering ceremony takes place every evening without interruption.

The border crossing takes its name from the Wagah village, where the Radcliffe Line was drawn to divide British India into Pakistan and India. This line is the border line separating the two countries. During the Partition in 1947, migrants to India and Pakistan passed from this border crossing to their respective countries. Wagah Railway Station is 400 metres to the south and 100 metres from the border.

The Wagah-Attari border ceremony is held at the border gate every evening, two hours before the sunset. The flag lowering ceremony takes place at the Hussainiwala/Ganda Singh Wala and Mahavir/Sadqi international border zones. Flag lowering ceremonies are jointly conducted between the Pakistan Rangers and the Indian Border Security Force (BSF). A walking ceremony known as the Beating Retreat is held every evening. Although there was no conflict in 1986, the ceremony evolved into a show of peace. Some Middle Eastern countries have adopted similar ceremonies in recent years.

While in Lahore, we could attend the border ceremonies many times. We would officially apply to the military unit in-charge and have our guests from Turkey or other countries watch the ceremony from the special guest benches next to the border gate. On both sides of the border, people sit on stands reminiscing a cricket or a football stadium. They cheer fervently for the soldiers and yell at the top of their lungs to outshout the audience across the border. The Pakistani soldiers executing the parade are tall and sturdy. After the ceremony, the audience competes to have pictures with these soldiers.

Before the stands are a small mosque and washrooms for ablution. While they shut the border gates, the soldiers of both countries slam them so hard that one thinks the iron gates have been shattered. The ceremony is held without exception between late afternoon and before sunset. There is no fixed time, though. Once a single lane rural thoroughfare, the road to Wagah is now a highway because of the strong interest in the border ceremony. Besides, the bastions built to protect Lahore from Indian tanks during the 1965 War can also be visited near Wagah. 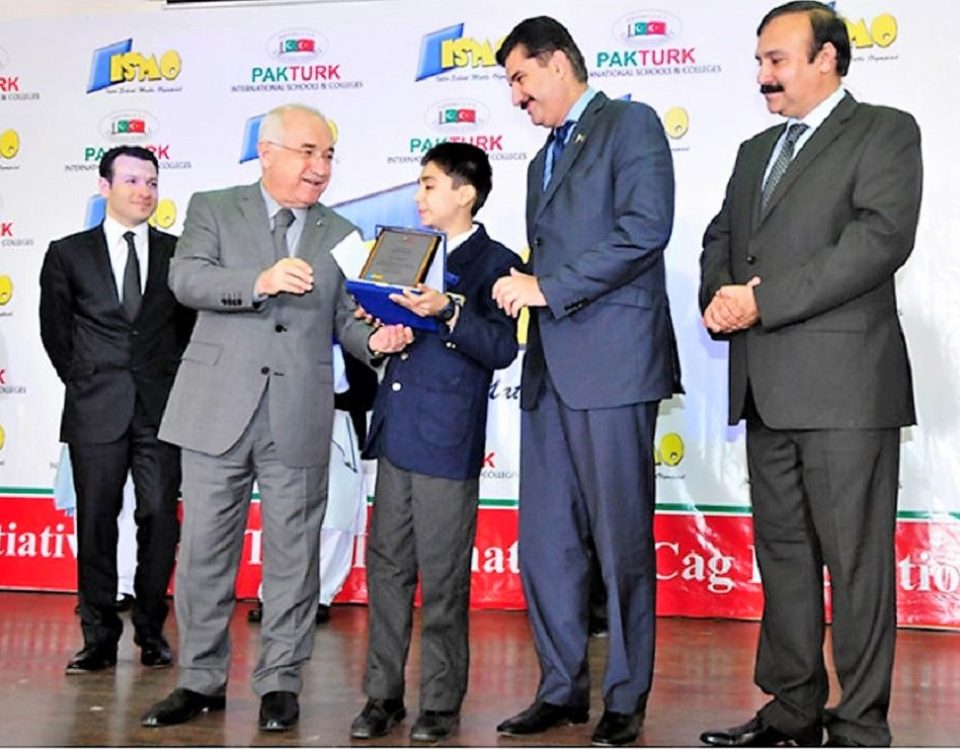 Cemil Çiçek (second from left) attended the National Mathematics Olympiad (ISMO) award ceremony organized by PakTürk in Pakistan, where he came as the Speaker of the Grand National Assembly of Turkey in 2013.