How did the Gülmez family serve breakfast to 50 people in one sitting at their Multan home?

Chemistry teacher Hakan Tokdemir (2): What made Pakistan beautiful for us was the people

How did the Gülmez family serve breakfast to 50 people in one sitting at their Multan home? 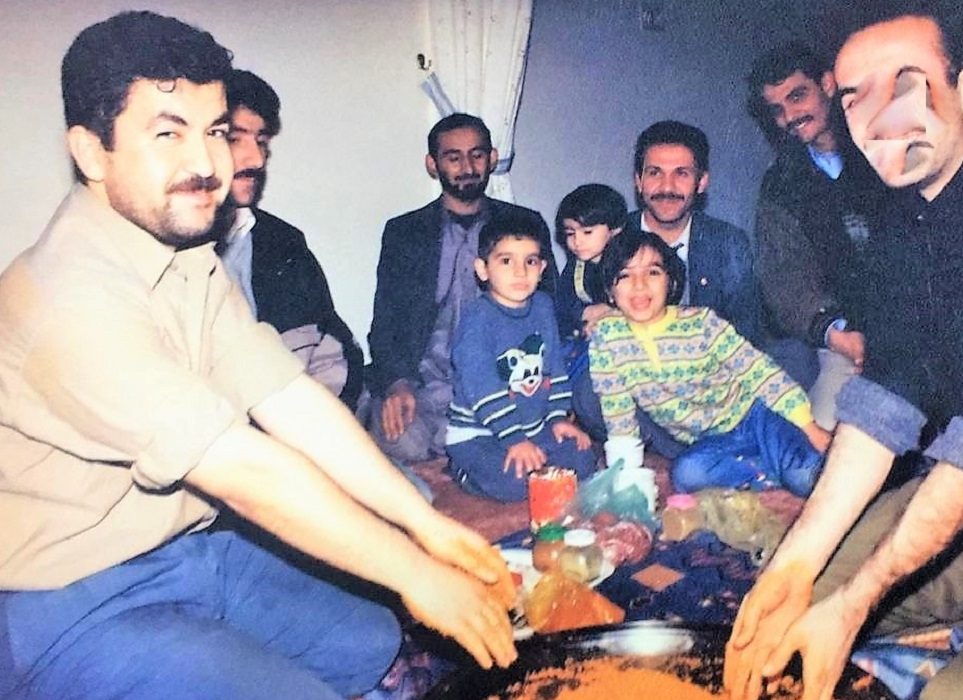 Abdülgani Gülmez (at the left) used to make raw meatballs and serve them to his guests from time to time.

Educationist Sadullah Bayazit continues to narrate the life of his ‘friend in fate’ Abdülgani Gülmez in Pakistan. In this part, he puts Gülmez’s narration into words how Gülmez and his spouse served breakfast to 50 people in one sitting at their house in Multan when they were married for only 3 months.

In 2004, in the first months of our marriage, my wife and I attended the staff orientation seminar in Khairpur Mirs. However, my principal, Mr. Süleyman, sent us back after three days due to a task at school. We had no children then. On their way back after the seminar was over, the participants wished to visit the school in Multan with their families from Islamabad and Lahore. That year, our school in Multan had just opened and many colleagues and their families had not seen the new school building.

Mr. Süleyman said, “We are coming to Multan tomorrow in a bus with 50 people. Can you arrange two or three kindergarten classrooms at the school and have breakfast ready there?” At that moment, I could not grasp how grave the issue was and I simply said, “Okay.” After I hung up the phone, questions swarmed my mind during the planning. I found answers or solutions to a few of those questions. Meanwhile, the school was closed for a long time because it was winter break. The staff was on vacation and the school building needed cleaning. In those days, the school pantry was only a makeshift shed. We had no breakfast items save aside enough crockery, cutlery, and tea flasks for 50 guests. It was winter. Even if we wished to prepare all those by ourselves, we two would have to start in the night before the breakfast.

For how many guests do you usually keep breakfast items at your house?

When I explained the situation to my wife, she was stunned at first. There were many issues I had not thought of; she questioned me from a homemaker-specific perspective. Hosting guests at the school at that holiday state would be unhygienic and unsuitable, especially for young children. We decided to host the guests at our home. As we learned, most children had gotten sick during the program in Khairpur Mirs.

We planned to host gentlemen in the drawing room and ladies and children in two small bedrooms. It was then the time for finalizing the breakfast menu. Our menu was:  Jam, honey, cream, cheese, boiled eggs, mashed potatoes and spicy Turkish omelette known as menemen as in every classical Turkish breakfast, practically easy to prepare. As a newly married couple, would we be able to have enough pans, plates, forks, knives, chairs or cushions as we had just set our house? How many households would keep breakfast items for 50 people? In the afternoon, we bought breakfast foods from the market. To complete the missing materials, I requested some cutlery from the school and thermoses from our landlord. Our landlord had been surprised when I had once told him we had slaughtered 20 cattle on Eid al-Adha. This breakfast program gave him the second surprise. He kept on asking, “How will you manage it?” We mostly had to use paper cups and plates.

Preparations are complete! Where are the guests?

The journey from Khairpur Mirs to Multan would take 14 hours by bus. This was for the intercity buses which stopped on route for pick and drop. We learned the bus had left Khairpur Mirs past evening. We guessed the bus should arrive in Multan around six or seven o’clock in the morning. According to this calculation, we started to prepare breakfast the night before. For the menemen, we peeled the onions, chopped the tomatoes and softened them on the fire. It only remained to add the eggs in the morning. We also boiled the potatoes overnight to be mashed.

We got up around four o’clock in the morning and started the remaining preparations. We boiled water in pots for tea and put it in thermoses and peeled and mashed the boiled potatoes. Around six o’clock in the morning, we started to set our floor table made of newspaper pages. We distributed jam, honey, cream and cheese packages at the table without putting them in plates. We also put mashed potatoes and boiled eggs on the table. For the last stage of the menemen, we delayed the tomato-onion mixture, which we had prepared in pots and divided in pans, until the last moment to add the eggs and wait a little longer to serve hot. Finally, we said ‘it’s almost time, they’ll turn up at any moment’ and added the eggs to the menemen at around seven o’clock and placed the plates on the table.

Tired, no one noticed the breakfast table

Our guests did not arrive when we expected. That morning, our landlord was waiting for the guests with us. He wondered how we would accommodate so many guests. The time passed, it was almost noon. Our guests only arrived around 11 o’clock. Meanwhile, the menemen we wished to serve hot had turned cold. Tea water had turned lukewarm in thermoses.

Thankfully our guests arrived. The huge bus stopped down the street. As the guests got off the bus one by one, it was clear what a difficult journey they had been through. You should have seen the state of the mothers when they came in. Don’t ever ask about that: Those rushing their child to the WC, the ones looking for a corner to change their babies’ diaper, those looking for a quiet place for their children sleeping in their lap, the ones trying to soothe and silence the children crying after their sleep, and many others… they could only realize the table prepared for them when they found calm.

Without the signboard, no one would know it was a school

Although not as much, similar conditions also prevailed at the men’s side. When everyone washed their faces and warmed up a little in front of the room heater, they approached the table. The food on the table generally finished. After adding hot water to the thermoses and milk to the feeding bottles, things calmed down. Before they could get rid of the road fatigue and as the travellers were about to enter sleep mode with tea glasses in their hands, an announcement was made to get on the bus again.

The next stop was our school building in Ali Chowk, about which everyone had been wondering. The bus stopped at the school gate, but only the signboard above the gate and the small shops facing the main road were visible. Without the signboard, no one would have noticed there was a school there.

Anyway, our passengers entered the school. They toured the kindergarten and primary school classrooms. Visually, the educational materials, wall posters and documents were the same with other PakTurk School campuses. Not only the flooring, but also the ceilings, walls and windows were different. They were not of marble or painted oil paint or of quality materials like those in the bungalow schools. The doors were not inlaid and the walls were covered with plywood to hide the holes. You could guess the reason for the buckets on some classroom desks.

15 more? Worry not, we’d hosted a busload of guests already!

About an hour later, an announcement was made again for our guests to board on the bus. After a winter program, it was the time for a sad and bitter separation again. We sent our guests to their cities with mixed emotions.

After the separation, there was a mountain of dishes waiting for me at home. After seeing the guests off, I immediately went home. I discovered that Mr. Sadullah’s wife, who along with Mr. Sadullah left the group to stay with us for some time more, had helped my wife in washing the dishes. All I had to do was return the materials to the landlord and to the school the next day. We must have broken the record of hosting a busload of guests in the first third month of our marriage. If there’s any challenger to this view, I invite the respective family to move forward and throw down the gauntlet! 😊

This event proved an invaluable experience for the iftar-and-dinner functions we hosted at our home in the following years. Whenever we were to have guests for iftar and when they asked us “Would you be able to host 10 or 15 guests?”, we would retort, “We had hosted a busload of guests for breakfast, what’s the point of mentioning 15?” We hosted groups of 20, both ladies and gentlemen, at iftars. May Allah be pleased with them all: That busload of esteemed guests left us with such an indelible experience and sweet memory. I wish we could turn back time, relive that day and prepare better treats for them! 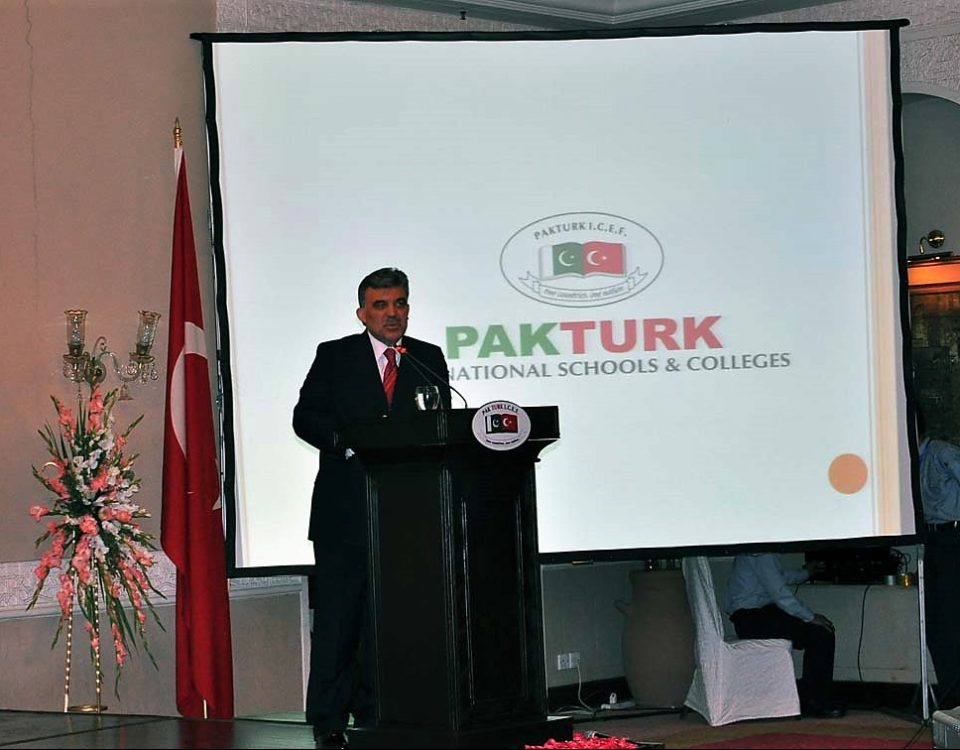 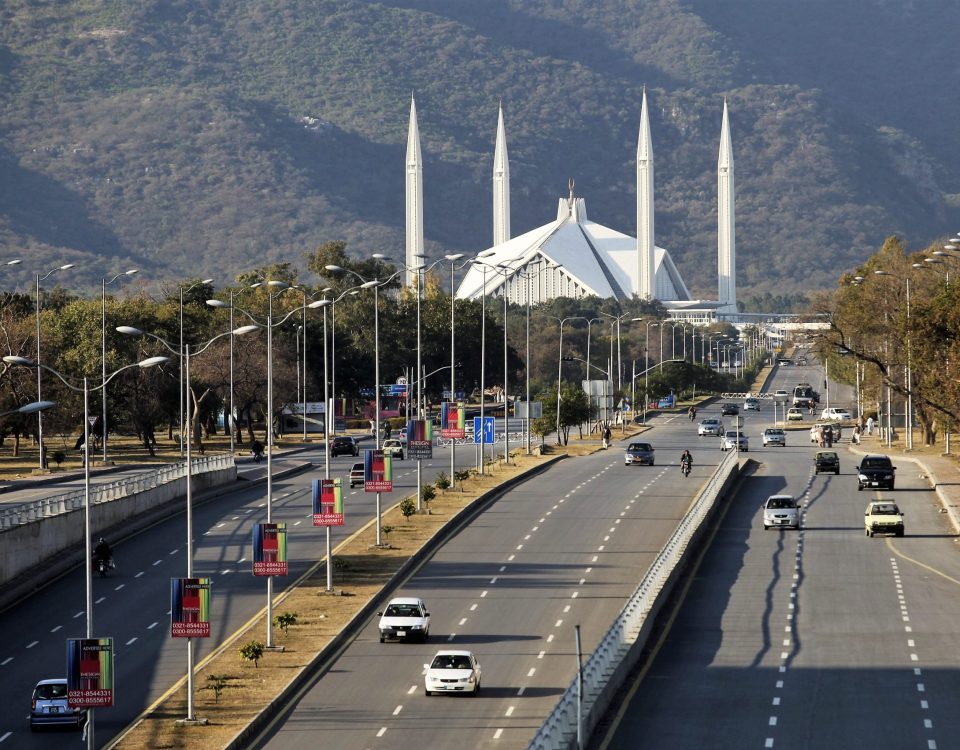 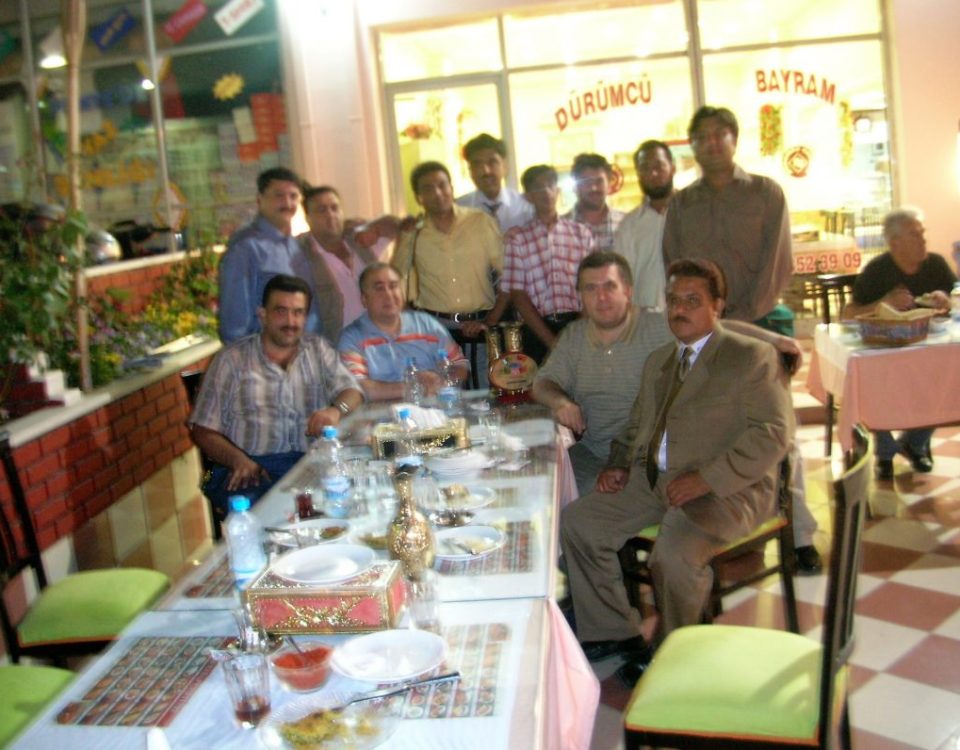