I have never wondered about any country as much as Pakistan 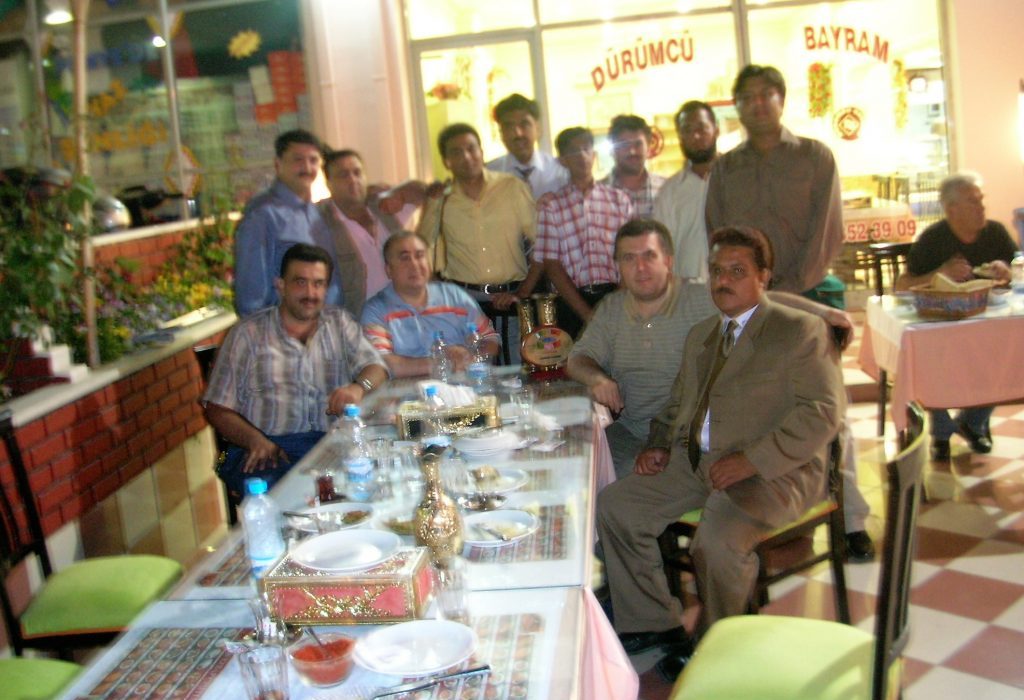 Education volunteer Doğan Yücel wrote about his trip to Turkey with a group of businessmen from Pakistan in 2007. He narrated the highlights of the Black Sea tour planned then and there at the insistence of the Pakistani guests.

In the summer of 2007, we organized a trip to Turkey in two groups from Lahore. I was to join the 20-people group, consisted of businesspeople and their families, in June. We visited Ankara, Konya, Eskişehir, Bursa and Istanbul with the entourage. Turkish businessmen in these cities hosted the Pakistani guests at their homes.

Before moving on to the details of the trip, I would like to highlight one thing. There was something I did not know about the trip I thought would take a week. Towards the end of the trip, I learned Mr. Amin and his friends would return Pakistan 17 days later. We decided to stay at a Pakistani parent’s hotel in Altınoluk. However, despite all my calls from Bursa and attempts to reach the hotel reception at the number he had given us, we could not reach the parent. Helped by an acquaintance in Bursa, we stayed in a state guesthouse surrounded by a lush green lawn. In the evening, some of the Pakistani businessmen accustomed to air conditioning protested, “There is no air conditioning here!” However, it was pleasantly cool that night in Bursa, a city otherwise hot and humid in summers. In the morning everyone was in high spirits. After the breakfast we had at Özdilek Roadhouse, five guests who would continue the tour stayed with us, and the others returned to Istanbul.

‘We want cool and rainy places’

We took the bus to Balıkesir, thinking we could visit the Pakistani parent at his hotel in Altınoluk. There Turkish businessmen welcomed us and hosted us at their homes at night. The next morning, after the morning prayer, they treated us to ‘tirit’ – the boiled minced meat sauce poured on diced stale bread – a delicacy special to the city in front of the Zagnos Pasha Mosque. It was noon, but when I could not reach the hotel despite all my efforts, the Pakistani businessmen insisted, “We came here for the cool weather. We do not want the scorching Aegean and Mediterranean sun. Take us to the rainy and cool Black Sea region!” I had 35 days for my summer vacation and I had spent 10 days already. I hadn’t seen my family for a year. I and my wife had an infant of 7-8 months old with us. I had to travel with the businessmen for 10 more days. It was as if we just started the trip. We didn’t have a trip plan and we didn’t have a minibus. I left my family in Balıkesir. My wife and baby took an intercity bus to my father-in-law’s house. We set out for Samsun with another bus departing simultaneously. These buses would go to Eskişehir for 3.5 hours in a row. Occasionally, I waved from the window to the other bus where my wife was. Buses stopped in Bursa. At the terminal, I hugged my daughter, who got off the other bus in her mother’s arms. On the way back, I asked my Pakistani friends, “What do you remember from the 17-day and 4.500 km trip across Turkey?” They told me they were moved by the scene they saw at the terminal.

The sky shone for our Pakistani guests!

We visited a private college and the beach in Samsun. Later, we joined a function held among medical doctors who had just returned from a health screening drive in Senegal. We toured a private college building under construction. Later, we took an intercity bus to Trabzon where the members of the businessmen’s association welcomed us there. They took us on a tour of Sumela Monastery, Uzungöl, Maçka and Boztepe in their personal cars. We stayed at the Private Sultan Selim College for the night and our hosts drove us to Of district the next day. They hosted us in a private dormitory in Of for the night. In a restaurant on the beach, our hosts treated us to a rich dinner and we ate the ‘Laz pastry’, a dessert I had tasted for the first time. Something unforgettable happened. Just as we were entering the restaurant on the beach, a bride and groom were entering the wedding hall next door. Suddenly, fireworks crackled. It was as if the sky had lit up in honour of our Pakistani guests.

The next day we went to Rize and climbed to the Ayder Plateau. We tasted the renowned fasüli – white beans of the region. Our hosts treated us to red spotted trout in the Fırtına Valley. There were no hydroelectric power plants on the rivers in the valley in those days. The streams ran rough. Businessmen from Rize hosted us in their homes. The next day, we had breakfast at the businessmen’s association, and then the governor of Rize received us in the Governor’s House. Afterwards, we visited the construction of a private college and the ÇAYKUR Botanical Garden, and drank Rize tea from its source. Our Pakistani guests said, “While we’ve come this far, we can’t leave without embracing the Black Sea!” Upon this, our hosts arranged a boat and we toured the Gulf of Rize. Our Pakistani friends got into the water and embraced the Black Sea. We also toured the old bazaar of Rize.

They understood the centre of the Movement was ‘knowledge’.

Now it was time to part. We had come to the end of our 17-day tour. When we had our last night in Rize, we asked everyone their opinions about the trip. A retired medical captain from the Pakistan Armed Forces said: “If we had come to Turkey with the Pakistani military delegation, we could not have made such a smooth trip with everything a breeze.” Our guests boarded a flight from Trabzon to Istanbul. I went home by bus.

Before the trip, businessmen had insistently asked us, “Where is the centre of the Hizmet Movement located?” We kept on saying, “This Movement has no centre, everyone serves humanity wherever they are,” but they were not satisfied with the answer. Finally, I said, “If we need to consider a centre, Istanbul may be one with the head offices of publishing houses for books and periodicals.” When we were in Çamlıca in Istanbul, we visited the Samanyolu TV and watched the Bosporus from the Çamlıca Hill. Later, we toured the plaza where the publishing houses under the Kaynak Holding were located. The company officials hosted us bigheartedly. Guests bought some English books. Topkapı Palace Sacred Relics compendium attracted the most attention. We purchased a few English copies. Businessmen from Lahore and Islamabad concluded that the centre of the Hizmet Movement was ‘knowledge’.