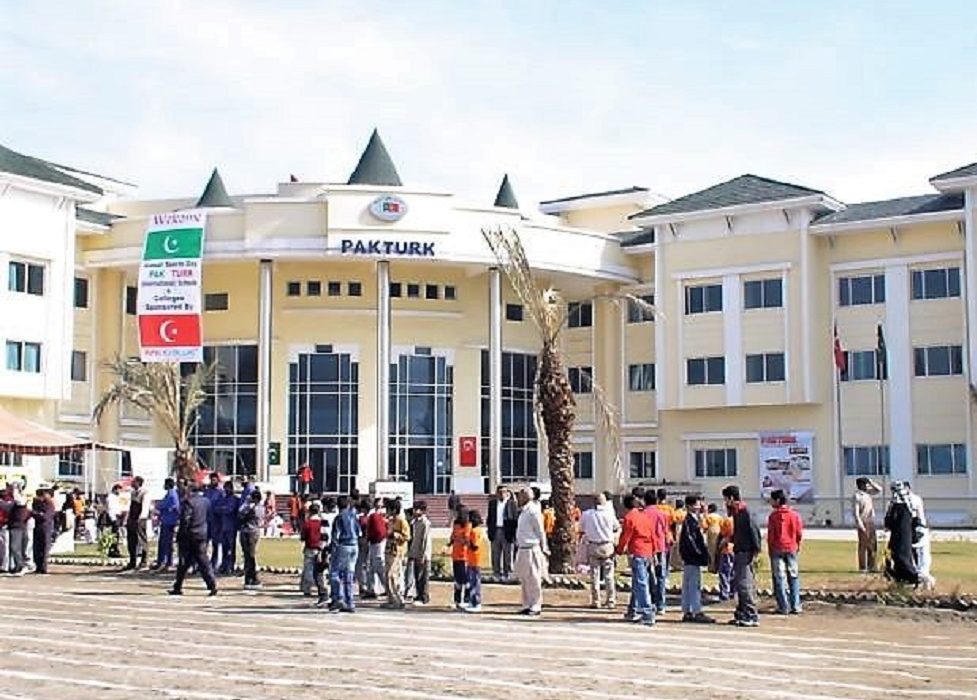 In this part of article series on his life and work in Pakistan, educationist Doğan Yücel narrated the opening of a PakTurk School branch in Lahore and the fascinating events that happened during that phase. Yücel cited the gesture made by the governor of the Punjab province to the Turkish administrators of the School while he was cutting a cake on a Turkish Republic Day function.

It was October 2007. We held the inauguration function of our school on Raiwind Road in Lahore. A delegation of 40 businessmen from Ankara, who sponsored half of the expenses for the construction, had come to Lahore for the event. The then-governor of the Punjab province had attended the school’s ground-breaking ceremony. However, a detail neglected had caused a serious problem during the ground-breaking ceremony held a year earlier. The rental tent we had erected on the plot of the under-construction school building was designed for weddings. Weddings in Lahore usually take place in evenings and tents for those functions are usually red in colour. The company which rented the tent to us had erected a red tent for a festive mood.

That huge and impressive 2,000-person tent transformed into a source of distress just as the ceremony began. 😊 The tent, transparent enough to let the sunlight in, tinted a crimson ambience everywhere. When the photo journalists who had arrived to cover the event witnessed that, they turned on their floodlights, which burdened the electricity load besides the lights of the video cameras. The generator, which we had thought to suffice everyone, could not handle the load. We had experienced several power cuts during that ceremony. This time, we did not make the same mistake and had a white tent erected.

It was Friday evening. We learned one Punjab state minister, who was also known to our school manager Mr. Turgut, had passed away. The PSO to the Chief Minister Punjab phoned on Friday evening to report that the members of the Punjab government had cancelled all appointments for Saturday and that the entire cabinet would attend the funeral of the late state minister. Saturday morning arrived and we were informed that the Chief Minister Punjab had tasked a Punjab state minister to preside over the inauguration.

Meanwhile, the Turkish ambassador had arrived at the Punjab Chief Minister’s Office for his appointment. He had been told about the cancellation of all appointments on occasion of the funeral. He had a few trays of baklava made as a gift to the Chief Minister Punjab. The chef of the Turkish Embassy in Islamabad was Sarwat, who used to work with us, as I narrated in one of my previous articles on the PakTurkFile. Consequently, the Turkish ambassador attended the inauguration ceremony, saying, “I had travelled 400 km to Lahore but I will not return in frustration”.

Representing Turkey and Pakistan, the Turkish ambassador and the Punjab provincial minister addressed the audience at the ceremony. During the repast after the ceremony, baklavas were also served to the businessman sponsors from Ankara and other guests who attended the function. We took our guests from Ankara on a Lahore city tour, visiting the Badshahi Masjid, Lahore Fort and Wagah Border. In the evening, businessmen from Lahore hosted their Turkish counterparts.

In the evening of the same day, the late Honorary Consul General of Turkey in Lahore Mr. Mian Tajammul Hussain, hosted a reception at Avari Hotel on occasion of the October 29 Turkish Republic Day. We knew Mr. Tajammul Hussain closely. On Turkish national days like April 23 and October 29, we would visit him with our students and hold joint celebrations. There was no official Turkish consulate in Lahore, then. In the evening, the Governor Punjab and Ambassador of the Republic of Turkey in Pakistan attended the Republic Day reception. Mr. Tajammul Hussain had also invited Mr. Unal, the Director General of the PakTurk Schools, and Mr. Turgut, the Regional Director to the function. A large cake shaped like a Turkish flag had been prepared to be cut by the Governor Punjab and the Honorary Consul General of Turkey. The Turkish Ambassador wished to hold the knife with the other dignitaries. Meanwhile, the late-Governor Punjab, who had toured Turkey with Mr. Turgut during the previous summer and attended the ground-breaking ceremony of the school building, addressed the Ambassador, “These people too are prominent ambassadors here. I wish to cut the cake with them,” and invited Mr. Turgut to his side. Afterwards, Mr. Turgut, the Governor Punjab and the Honorary Consul of Turkey jointly cut the Turkish Republic Day cake.