An eloquent painting for Nurefşan, who lost her life in the Maritza River, from Pakistan-born Zeynep 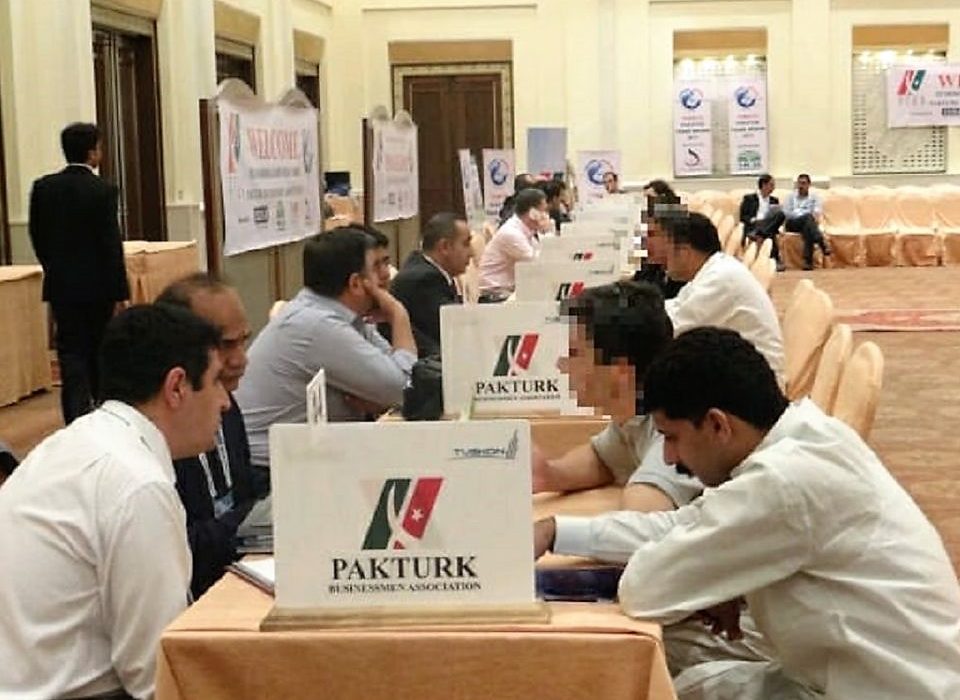 Educationist Doğan Yücel narrated his trip to Turkey, an activity of the businessmen’s association he had co-founded with some teachers in Lahore.

In Lahore, there is a wholesale place where hardware and small hand tools are sold, as in the Karaköy district of Istanbul. In 2008, we had organized a trip to seek business opportunities in Turkey with a group of nine traders from Brandreth Road and its vicinity. Among those who participated in the trip organized by the businessmen’s association founded by teachers and parents were traders who dealt in steel pipes, plastic pipes, construction steel, small household appliances, marble works and solar energy.

On February 27, we flew to Karachi from Lahore on an evening flight. The next day, we departed from Karachi for Istanbul at 4 am. After arriving in Istanbul, we settled in the hotel and had breakfast. Later, we visited the business fair. In the afternoon of the same day, we visited the daily Zaman building. Business meetings were held at the Fiader Businessmen’s Association at 6 pm, followed by a dinner at the Istanbul Metropolitan Municipality Recreational Facility in Florya district. Later, the Turkish businessmen drove their Pakistani guests, with whom they had dinner, to the hotel in their own cars.

We went to the business fair once again after the breakfast on Friday, February 29. After the Friday prayer and lunch, we visited the Fatih University. In the evening, the Pakistani guests had a dinner meeting with their Turkish counterparts in Büyükçekmece.

On Saturday, March 1, 2008 at 10:00 am, we attended a business meeting at the Confederation of Businessmen and Industrialists of Turkey (TUSKON). After lunch, we visited the Topkapi Palace, the Hagia Sophia Museum, the Basilica Cistern, the Sultan Ahmed and the Suleymaniye mosques. We shopped at the Grand Bazaar and had dinner in the historical Sultan Ahmed Square.

On Sunday, March 2, we performed the fajr prayer at the Eyüp Sultan Mosque early in the morning. After having breakfast at the Halit Paşa Mansion, we drank tea while watching the city from the beautiful view of the Pierre Loti Hill. Afterwards, we toured the Miniatürk and the Cevahir and the Kanyon shopping malls. After lunch, we took a boat tour of the Bosporus. After drinking tea in the Yıldız Park with the view of the Bosporus, we took a short stroll along the Ortaköy coast. Later, we set out to go to Ankara. We had our dinner with businessmen in Ankara.

On Monday, March 3, after having breakfast at our guesthouse, we toured the Anıtkabir. We visited some solar panel factories and a welded-pipe factory in the OSTİM Industrial Zone. After an evening photo shoot in the Atakule, we visited the Kocatepe Mosque. At dinner, we had meetings with the members of the HÜRSİAD Businessmen’s Association. We returned to our hotel at 10:00 pm.

After breakfast on Tuesday, we set out for Bursa. After a short city tour in the afternoon, we had dinner with the members of the BUGİAD Businessmen’s Association and checked in at the Kervansaray Hotel.

After breakfast on Wednesday, March 5, we visited the Bursa Industrial Zone. We toured a steel pipes and flat steel factory and had business discussions. Later, we set out for Istanbul.

We arrived in Istanbul around 4 pm. We toured them Private Sema Hospital and had dinner there. After the Samanyolu TV tour around 6 pm, we watched the Bosporus from the Çamlıca Hill, drank tea at the Istanbul Metropolitan Municipality facility and returned to the hotel.

On the last day, on Thursday, right after breakfast, we went shopping again in the Grand Bazaar. After lunch, we visited the Başakşehir Fetih College. Afterwards, we went to the airport and took Turkish Airlines flight from Istanbul to Karachi in the evening. We landed in Karachi at around 3:00 am. We flew from Karachi to Lahore two hours later and arrived in Lahore at 8:00 am.

Here’s one of my unforgettable memories of this trip: We stayed in the guesthouse of a private college in Ankara in March. One businessman with whom I stayed in the same room said excitedly after the morning prayer, “Doğan! Doğan! Get up! Get up!” I got up and he gestured me to come near the window. There was a blizzard outside and our guesthouse was on a hill. Since this was not a common sight for our Pakistani guest, he loved watching the fast-falling snow and wanted to share his joy with me.

While in Bursa, we had our dinner at a restaurant. Everyone ordered something from the menu. A Pakistani businessman who dealt in electric works liked the picture on the menu and ordered eggplant kebab. I guess he could not clearly see the eggplant from the picture. He was surprised when his order arrived. It tasted very different. Others started to tease him. People eat eggplant in Pakistan, but they do not use it in any kebab. His colleagues joked with him throughout the trip. The businessmen also found the suction-pipe-based document delivery system at the Private Sema Hospital very original and innovative. Dried watermelon and melon slices in the Spice Bazaar had also attracted a lot of their attention.