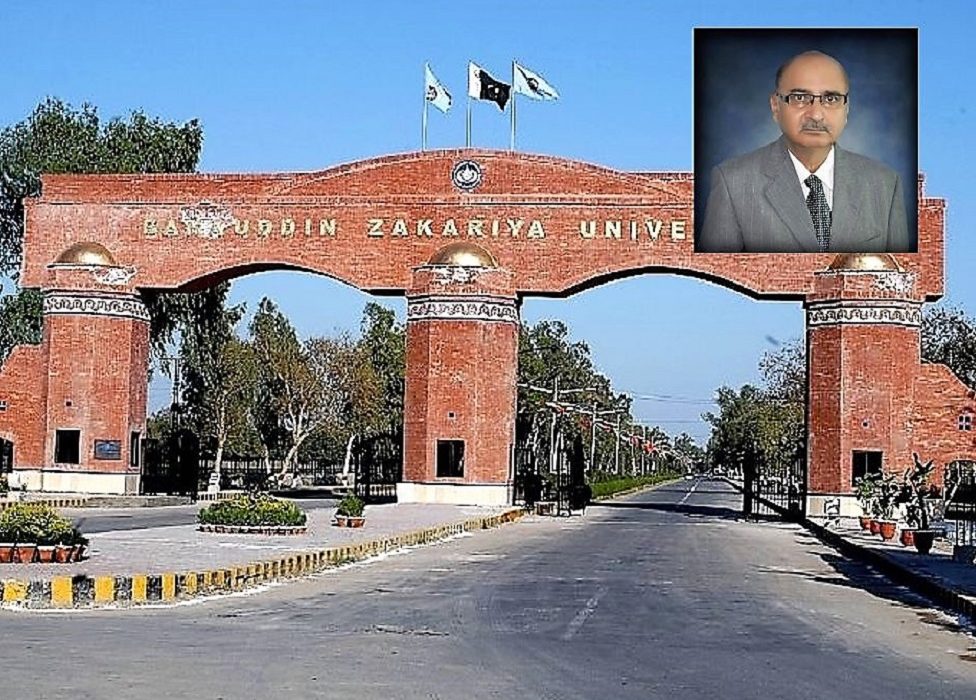 On sad occasion of Prof. Dr. Zafar Iqbal’s demise, educationist Doğan Yücel wrote his memoirs about this late Pakistani academic who conducted significant studies on the Turkish language and the people of Turkey.

As the PakTurkFile staff, we offer our heartfelt condolences for late Prof. Dr. Zafar Iqbal and wish his family and relatives profound patience to cope with the loss.

With great sadness I have recently learned the demise of Prof. Dr. Zafar Iqbal, a precious Pakistani academic. He had a vast knowledge and a heart as expansive as his knowledge. He was the Dean of the Faculty of Languages at the Bahauddin Zakaria University in Multan. When I first met him, he was also the head of the English department at the university. Turkish colleagues who had arrived in Multan before me had met Prof. Dr. Zafar Iqbal. On one special occasion, I had the same pleasure of meeting him. Our acquaintance built with occasional visits grew to close friendship despite the considerable age difference between us.

Prof. Dr. Zafar Iqbal had conducted valuable research on introducing linguistics to the curriculum in Pakistan and its spread across the country. He was also a representative of the British Council in Multan. He organized and conducted the IELTS exams. He was mild-mannered, very humble and sincere. He lived like an ordinary person. He loved us much. He would call us regularly to ask how we were and sometimes came to visit us. If he couldn’t come, he would chat with us on the phone. There was such a warm and strong bond between us. He showed this warmth to all Turkish colleagues in Multan. He loved and appreciated the educational and social services we provided in Multan. The source of his love for us was the sublime service we endeavoured to undertake for humanity. He observed the activities and found their scope as rational.

He chose Turkish despite the Chinese insistence

Prof. Dr. Zafar Iqbal believed in us, trusted us and prayed for us a lot. He expressed his desire with the words, “I willingly included Turkish in the curriculum. I wish our students to learn the Turkish culture and the Turkish language especially from you.” After some time, Mr. Hulusi, who taught Turkish at the PakTurk International Schools & Colleges in Multan, took classes at the university in the afternoon. He put in a lot of effort even though it was very difficult. Mr. Hulusi continued teaching Turkish at the university for two years. Thanks to Prof. Dr. Zafar Iqbal, the awareness of Turkish among the university youth increased. After retiring from the Bahauddin Zakaria University, Prof. Dr. Zafar Iqbal continued to teach at the faculty of education at a private university in Lahore.

Thanks to him, people from Multan took trips to Turkey

We also used to visit this distinguished person’s family. His wife was very interested in us Turks. She took great care in hosting us whenever we visited their house. We had unforgettable meetings and visits. Whenever we were to go to Turkey for the summer vacation, Prof. Dr. Zafar Iqbal would always ask if we needed anything. Once upon returning from Turkey, he insistently sent his driver with his personal car to receive us at the airport. However, we were to land in Rawalpindi, not Multan. We turned down his insistent offer because it took eight hours by bus between the two cities. The driver would drive for eight hours road to receive us in Rawalpindi and drive us back to Multan on the same route and for the same duration. No matter how much he insisted, I kindly refused. Finally, he said, “Okay, let it be as you say, but I will come and greet you at the airport next year!” He valued us this much.

He made serious efforts and contributions in the establishment of non-governmental organizations devoted to serving humanity. He also became a member of the Rumi Forum, a non-governmental platform for people from all walks of life including academics and journalists. He repeatedly allocated the hall of the Bahauddin Zakaria University, where he was the dean, for the programs. He put a lot of effort into sending invitations and hosting guests for the events held on Mevlana Jalaluddin Rumi’s 800th Birth Anniversary at the university. In addition, we organized programs together at the university to promote Turkey both in history and tourism. Thanks to those events, people wished to visit Turkey and we organized trips from Multan with them.

Through Prof. Dr. Zafar Iqbal’s efforts, people in Multan came to know Turkey and the Turkish language more. I would like to express my condolences once again on his sad demise, and wish profound patience to his family and relatives. May Allah (swt) reward him with Jannat al-Firdaus in the hereafter!