How did Pakistani businessmen and their spouses support education services?

Maths Teacher Hacer Bahar Çokarslan (2): It’s not my thing, but if Allah wills, He makes you loved by your students!

How did Pakistani businessmen and their spouses support education services? 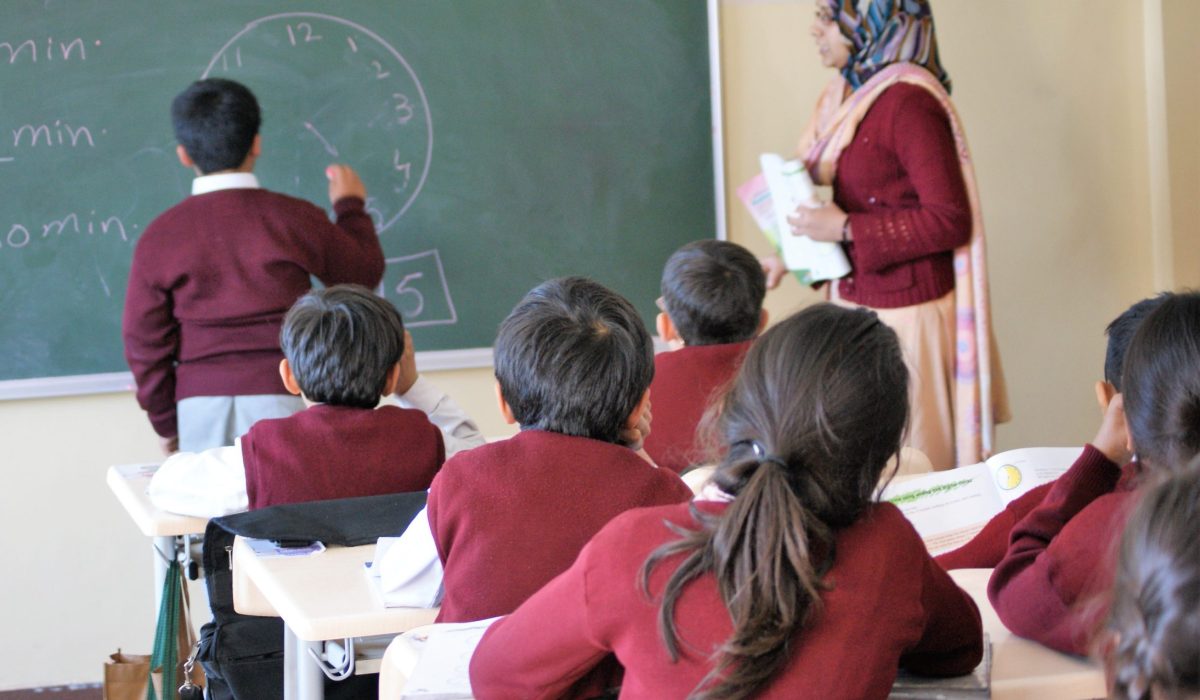 In this part of his memoirs, educationist Taner Koçyiğit wrote how and under what conditions Pakistani businessmen, tradesmen and their spouses supported education services, and what they did for the education of female students.

The educational services devoted businesspeople from Turkey initiated, developed and spread to the world were highly appreciated by their Pakistani counterparts. Pakistani businesspeople, who could know this system closely during their trips to Turkey, took initiative from 2007 onwards and emulated the system originated Turkey. Establishing coordination groups among themselves, they focused on how these services could be improved to the desired level of achievement and how the financial support could be provided. Similar to the trustees in several foundations in Turkey, they sought resources for educational services round the clock. They supported these services to the best of their own capacity, and where they could not, they requested the support of the businesspeople they knew.

Consisting of Pakistani businesspeople, these boards of trustees held weekly meetings and made assessments during discussions to maintain their own morale and motivation and to overcome the financial difficulties of the foundation. They would work devotedly so the services rendered for the people of Pakistan could continue without interruption and reach more people.

We appealed to a new businessman every day

These weekly evening meetings, where different books about education services were read and videos were watched, became outlets for the businesspeople to divert themselves from daily routine and relax. Uncle Abdul Razzaq, Mr. Sohaib, Mr. Sami, late Mr. Farooq, Mr. Usman, Mr. Umar, Uncle Zahir and dozens of others, whose names I cannot fit here, attended these meetings and materially and morally shouldered the burden of services. Our trustees wanted discussion circles to be formed to spread the exquisite message of these services and introduced their acquaintances to us to make the works translated into Urdu available to more people.

Almost no day passed without meeting someone new and knocking on the doors of a new businessperson to explain the beauty of the services rendered to the people of Pakistan. Some of our trustees visited their friends in their industrial zones and others made efforts to organize meals and promote the services provided. During these meetings and visits, we used to gift the Hilya-e Sharif posters, which depicted in words the blessed appearance of our Holy Prophet Muhammad (s.a.s), we printed and brought from Turkey. In this way, we would rely on Rasulullah (s.a.s) to expand our circle with his blessings.

Conversation circles held among our spouses and local ladies

As the circle around us expanded, the activities increased and there were days when we had difficulty in getting things done if we could not use our time well. Especially the months of Ramadan, when the generous people of Pakistan competed with one another to give their alms and zakat, were very busy, active and fruitful. We had friends who spent several Ramadans in a row without breaking their fast at home. At the beginning of Ramadan, there were friends who promised to one another, “I will not have iftar with my family at home during this month!”

While we men were busy with our own tasks, our wives would also work selflessly and keep in touch with the wives of our trustees round the clock. Pakistan is generally known as a country where ladies have a say at home. Our spouses would constantly visit them to explain the exquisite aspects of this sublime service to humanity to the spouses of philanthropic businesspeople, read to them from works in Urdu and had conversations. When the wives of some businesspeople voiced their wish to contribute financial aid and scholarships, this initiative was considered to increase the number of activities for female students. In this context, private girls’ dormitories began to be opened. Those philanthropic ladies contributed in achieving several exquisite services such as meeting the needs of female university staying at student residences and giving scholarships to the students with slim means.

The heroism of philanthropic Pakistani businessmen and their philanthropic spouses in sublime service to educational activities fills volumes. Yet, especially Uncle Zahir’s never-ending activism in the hot days of Pakistan to meet the needs of the students and the institutions, despite his limited financial means and his seventy years of age, was a lesson personified for all of us. Whenever I met Uncle Zahir, I would feel embarrassed and also consider myself fortunate as I witnessed his connection with Allah Almighty (swt) with the Holy Qur’an in his hands for hours every day and his self-sacrificing routine. Not only Uncle Zahir, but all of our fellow-minded businessmen forced their means, trying to take the sublime services one step further. They made us reconsider the intensity of our routine as compared to their self-sacrificing dedication. One of those philanthropic businesspeople always used to say, “Turkey has brought these sublime services to this level after 40 years of effort. We do not have 40 years, so we need to find the shortcuts and increase the number of people dedicated to this service in Pakistan as soon as possible.” This gentleman would avoid no sacrifice to meet the emerging needs.

In the forthcoming articles, I will try to write down all the heroic stories these devoted brothers and sisters put forth during the first meeting held in appeal for financial aid, the sacrifices they made during the founding of the Urdu version of the Samanyolu TV, and how they toiled round the clock to meet the needs of the students-on-scholarship in the dormitories. Yes, I will, but I am not sure if I can finish writing because their heroism cannot be contained in any volume. May Allah bless them all…

Part Twenty-Six: It will be added later.