The story of an adventurous journey from Kayseri to Lahore 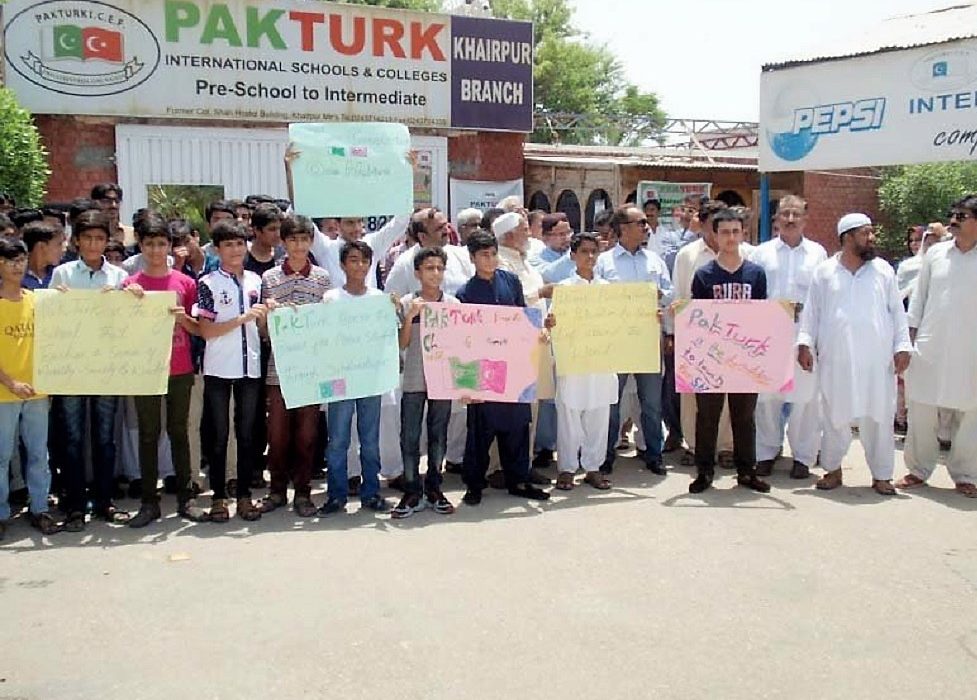 Theologian Abdullah Aymaz had raised the issue of the deportation of the PakTurk teachers from Pakistan five years ago. We publish the remaining part of the letter received by Aymaz. The letter describes the attitude of the people of Pakistan against the injustice suffered by Turkish teachers. The article was originally published on the zamanamerika.com website on December 27, 2016.

In my previous article, I quoted parts of a letter sent by a teacher, one of hundreds of devoted souls, who taught at the PakTurk Schools in Pakistan. Now I would like to publish the part of the same letter that describes the feelings of the people of Pakistan:

“After it was officially announced that we teachers’ visas had not been extended due to the intense pressures on these beautiful services, the parents, our students, neighbours, friends and even people we did not know called and visited us. They told us they were very sorry as they could not believe what had happened. They said they loved us very much and that we had not done anything wrong, but had dedicated our years for the students, who are the future of Pakistan. They apologized in tears and sincere feelings on behalf of those who had not extended our visas, saying they were ashamed.

Together with our students who organized a farewell function for us, we wept and embraced one another… We loved our students, our Pakistani colleagues and the people of Pakistan… They also loved us. This was why such a sudden separation weighed immensely heavy on us and touched our heartstrings. No matter what, we tried to our best to remain composed and consoled ourselves thinking Allah Almighty would not decree anything unwise. In our last days, many people invited us to dinner or visited us at our homes and wished to meet us for the last time… We will never forget the trueheartedness of the people of Pakistan… We will try to express this to the best we can until we die.

Even though his family’s financial situation was not good, one of our scholarship students brought a gift and wept, saying her prayers were with us. Our neighbour asked me not to sell our household items cheap only for the fact we had to leave the country in a short time. He said he would pay for any remaining items and even pay for the remaining food at home. He also wished us to eat the food he would bring to us for a week … Even our students who had left the PakTurk School for other institutions phoned and said they were very upset and were ready to do all what they could for us. They just wanted us to let them know about it anytime. Another parent called and said, “I am ready to share my clothes, my belongings, my money, whatever I have,” and put forth an exemplary gesture reminiscent of the “affinity between the Companions of the Holy Prophet (s.a.s)”. While walking on our street, someone I had never seen greeted me and expressed his sorrow and shame on this issue.

Since we had to leave Pakistan in a short time, our neighbours, our Pakistani colleagues and the people of Pakistan mobilized to help us sell our belongings. They were soon sold. A teacher friend shared with us that a parent visited him and they wept together. The parent tried to have my friend receive an envelope with 500 dollars in it. Another parent suggested a friend he would get an ATM card issued for him so my friend could withdraw the money the parent would send to him no matter where he was.

With their attitude, these heroic people brought back the times when they assisted our country during the War of Independence: Ladies brought their rings, bracelets and even their gold and said, ‘It will be very difficult for you to find jobs wherever you go… Take these and use them’. They brought their jewellery which had been gifted to them on their wedding…

“In Quetta, the PakTurk students wrote their heartfelt emotions on paper slips and buried them sealed in a heart-shaped box in the school playground, weeping… They said, ‘InshaAllah, we will take this box out when you return!’ …

“We cannot forget these truehearted people of Pakistan …

“We received many letters from our students… I would like to present the feelings in one of them:

“Dear Hocam! You had said to us, ‘We will leave one day… These schools, dormitories… Everything will be entrusted to you.’ Turns out, that day is today! With you, I learned peace, love, respect and sublime values. You loved us very much… I am 19 now… Almost half of my life passed with you side by side, arm in arm, shoulder to shoulder. You have been no different than our own parents to us. Saying, “Son, are you cold?” you covered us whenever our blankets slipped in sleep. May Allah bless you. Dear brothers and sisters, you are our HEROES, our role models… We will never, never forget you. Insha’Allah, see you again one day… Please pray for us. Wassalaam. (Umar Farooq)”

We learn many truths from what Mr. Vedat wrote. Even with such a bitter outcome, all what were achieved is worth everything, wassalaam…

Part One: ‘For what sin have you been snatched away from the educational centres you loved like your own home?’