Searing pain and the reintegration of two nations 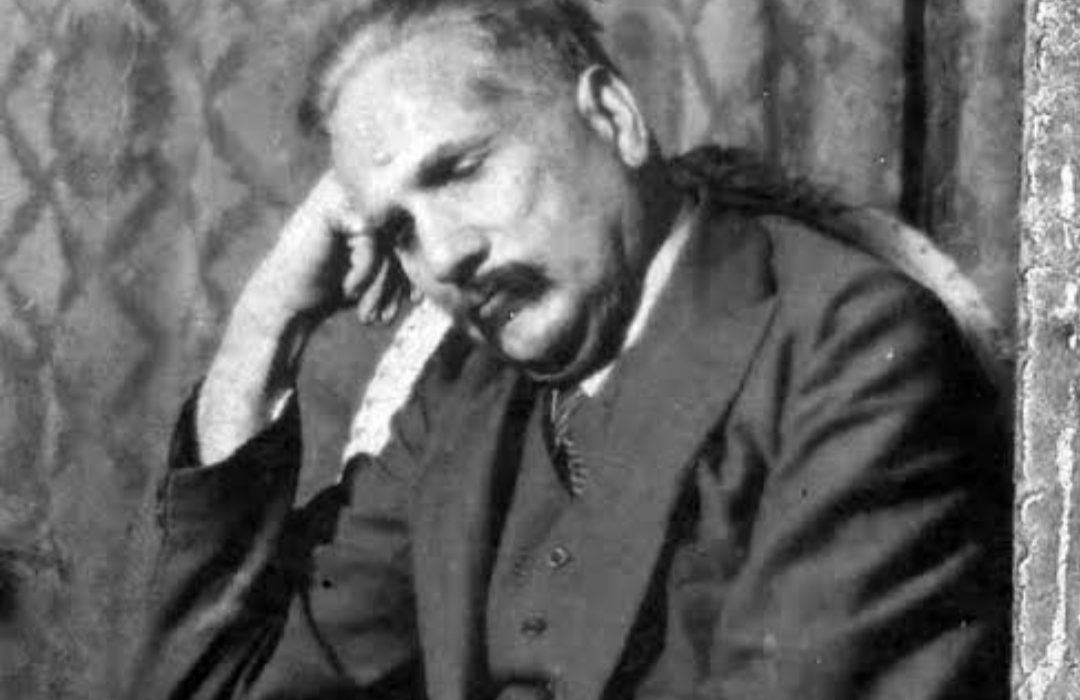 Muhammad Iqbal ‘Lahori’ was born on November 9, 1877 in Sialkot, Punjab. We see from their influence on Iqbal that Iqbal’s ancestors had the love and enthusiasm to have Islam practised by themselves and others.

After completing his initial education in Sialkot, Iqbal followed his postgraduate studies on philosophy in the Government College Lahore and also taught at the same institution for some time. Later, he went to Europe to receive his doctorate at Ludwig Maximilian University of Munich through a three-year intensive study. After his return from Europe, he chose to follow ‘Mawlana’ Jalaluddin Muhammad Rumi’s path. Those who say, “No doubt, Iqbal is Rumi’s greatest disciple” are not wrong in their statement.

Making a comparison between his and Rumi’s era, Iqbal said, “In the past, he subdued discord, and I do the same in the present.” Dr. Javid Iqbal, Muhammad Iqbal’s son, compared his father with Rumi by saying, “As two Muslim poets, Muhammad Iqbal and Rumi endeavoured to depict the spiritual willpower of their own age. Both mesmerize and intoxicate the readers, because the freshness in their message is evergreen regardless of the time’s flow. Albeit both lived through tumultuous times, they instilled hope and peace into confused humanity.”

Peace abode in a time of chaos: Konya

In the 13th century, ‘Mawlana’ Jalaluddin Muhammad Rumi witnessed the collapse of the impressive Islamic civilization. That was a period of spiritual and cultural collapse. During those years, Islam encountered two fierce enemies: the Crusaders from the West, and the Mongols from the East. Death and destruction ruled everywhere. Scholars and scientists fled their homelands to save their lives. However, Konya was untouched by disorder, and the city remained an abode of peace during a time of chaos.

The era in which Iqbal lived, namely the end of the 19th century and the beginning of the 20th century, was also a period of depression. The Ottoman Empire was falling apart. The wars in the Balkans had deprived the Ottoman Turkey of its territories in Europe. Muslims were expelled from the Eastern Europe. Egypt was under the boots of the British. France captured Morocco; Muslims in China and the Central Asia were captured by the nationalist Emperor of China and the Russian Tsar. Afghanistan fell under the British rule, and Iran was in the throes of collapse. Indian Muslims had lost their hope in regaining their eluded freedom as, under the British rule, they had become a “major minority”. Italy attacked Tripoli and the Russians started bombing Mashhad. Iraq was invaded by the British. Even Istanbul fell into British hands. Syria passed into the hands of the French, while the victors were busy disintegrating the Turkish heartland in accordance with the Treaty of Sevres.

Muslims had lost the initiative

On the other hand, the ideological stagnation caused the scholars to only look in the past; thus, the freedom of thought was lost. The crumbling Sufism killed the willpower for action and men of justice closed the gates against ‘deductive reasoning and jurisdiction’. Therefore, in Iqbal’s era, Muslims – who generally lived in the past and were constantly ‘on the defensive’ – lost their initiative.

Although there is a 700-year interval between Rumi and Iqbal, it may be observed that they both suppressed the strife and turmoil in their times. There are many similarities between Iqbal and Rumi in terms of thought process. Both of them lived during chaotic periods of the Islamic history and showed an unusual reaction to decaying social milieu.

Iqbal’s work ‘Payam-e-Mashriq’ (News from the East) is termed as “the heartfelt melodies of a stately bird which – after visiting the old and the new realms of thought in the East and the West step by step and with an exclusive influence – has built its nest on the green dome of Rumi’s Tomb in Konya.”

‘O my homeland! I shed tears every time I look at you’

After completing his postgraduate studies and returning to his homeland, Iqbal founded an alliance against the colonial powers. With his poetry and stirring speeches, he invited his nation to struggle for independence. In one of his speeches, Iqbal said, “My epic does not need to be heard. My speech is silence. My tongue is muteness. Parrots, doves, nightingales, and the birds in the rose garden joined hands and stole my style of lament. O my homeland! I shed tears every time I look at you. For, your tale is the most exemplary. For a while, think about the present and the future; how many remedies are there within epics to cure your ailment? O Muslims! If you do not come to yourself, you will perish. Your epics too will fade and disappear.”

In one of his poems, Iqbal emphasized the significance of free will:

“I overheard from a heap of grave soil,

That it is possible to live under the earth too.

One who lives for others’ desire,

In order not to be placed in the colonial services, Iqbal chose practicing law to put up a struggle. He keenly knew that criticising dominant powers did not come enough for delivering an enslaved nation to salvation. Starting with each individual, an entire nation needed to gain awareness. This was why, Iqbal started writing his poetry compiled in Asrar-e-Khudi (The Secrets of the Self) and Rumuz-e-Bekhudi (The Signs of Transcending the Self).

He proposed the first idea on Pakistan

In 1930, the Muslim League was convened with Iqbal as the chair. During his influential speech in this convention, Iqbal proposed the first idea on Pakistan: “For the Muslims of the Subcontinent, there is no other option but found a separate state including the Muslim-majority provinces.”

In those days, many people opposed the idea of an independent Muslim State. Even Muhammad Ali Jinnah, the founder of Pakistan, did not initially give preference to this idea , thinking that Muslims could still live as a substantial majority under exclusive conditions. Iqbal was adamant and he defended his views until his death.

“My friends’ ocean is like a dewdrop; it does not foam and teem. Yet my dewdrop carries a flood-like ocean on its back. I am a melody. I have nothing to do with the plectrum. I am the melody of the tomorrow’s bard.”

Would anyone aware of this secret ever come again?

Iqbal dedicated his life for the independence of his nation. In 1934, he contracted throat cancer and struggled against this disease for four years. Half an hour before breathing his last in the evening of April 21, 1938, he was saying these words to the people by his bedside:

“Would flown melodies return or not?

Would a sweet breeze from the Hijaz blow or not?

The era of this poor soul has now come to an end,

Would anyone aware of this secret ever come again or not?”

His last words to his friends and loved ones were: “For a Muslim, death is not a fearful thing. Death is the evolution of the affairs of this world, and it opens the gates to a fresh life. A believing Muslim must welcome death with a smile on his lips.’’

During his healthy days, Iqbal had said:

“O Rabb! Bestow an alert eye on my star;

Bestow me a grave in the shade of a minaret!’’

He was granted his wish. His tomb is in the shade of a minaret of the Badshahi Masjid in Lahore. A handful of soil taken from Iqbal’s tomb in Lahore was spread on a symbolic grave dedicated to him in the backyard of Rumi’s Tomb in Konya.

Representative of the Pak-Turk Friendship

As a sincere advocate of the heroic nature of Muslim Turks, Iqbal was a representative of the Pakistani and Turkish friendship. When the Italians attacked Tripoli, the Muslims of the Subcontinent held a grand rally in Lahore Square, condemned the unjust attitude of the West, and appealed to one another for financial assistance to their brothers and sisters in Anatolia. Since the amounts collected by the Muslims of the Subcontinent were conveyed to Anatolia through Russia, it was first thought the Russians made the donation. It was later realized that the donations were those given by the grandparents of today’s brotherly Pakistani nation who donated everything that had, including their shirts, bracelets, and earrings.

The Muslims of the Subcontinent were moved by heartfelt orators like Muhammad Iqbal. Speaking in the rally, Iqbal concluded his speech with his poem, ‘Huzoor Risalat Maab Mein (In the Presence of the Holy Prophet [PBUH]):

“I had been immensely tired of the stifling affairs of the world and had retreated to a different realm. Angels took me to the presence of Muhammad Mustafa (sallAllahu alayhi wa sallam). Rasulullah (sallAllahu alayhi wa sallam) asked me: ‘Have you brought me any gift from your realm?’ I replied, ‘O Rasulullah! Sultanate befits a sultan and servitude befits a servant. There’s no peace and comfort on the earth. The life we are yearning for is yet to be attained. There are thousands of tulips and roses in the garden of existence; yet, none of them bear the fragrance of loyalty. For centuries, we have been unable to present you a gift. We have not been able to content you like the lions of the Badr and the heroes of the Uhud. Notwithstanding, I deliver a glass to your honourable self. This glass contains so priceless a thing that cannot be found even in Paradise. This glass contains the honourable blood of your Community. This glass contains the blood of the martyrs of Tripoli.”

A more colourful spring awaits you

Saying, “I am committed to the rose-garden; leave the roses aside. This grievance is the jewel of your benefit. Woe not if our bud-like heart is broken; if we die, we will die in the rose-garden. I look inside the rose tree and I see many more roses have set off to bloom,” Iqbal stated that despair was a non-Muslim quality and practically foresaw the present times; he called out to the Movement of Volunteers who rushed for the material and moral assistance of the Muslims of Pakistan:

“O the one who knows and appreciates the land of the Friend; stay with us for a while, for you smell of the fragrance of the Friend. Be patient; a new spring, a more colourful spring than the previous one awaits you.”

(*) This article was first published in the April 2007 issue of the Sızıntı monthly magazine.