An adventurous journey to Europe and the distinction brought to Pakistan

Searing pain and the reintegration of two nations

An adventurous journey to Europe and the distinction brought to Pakistan 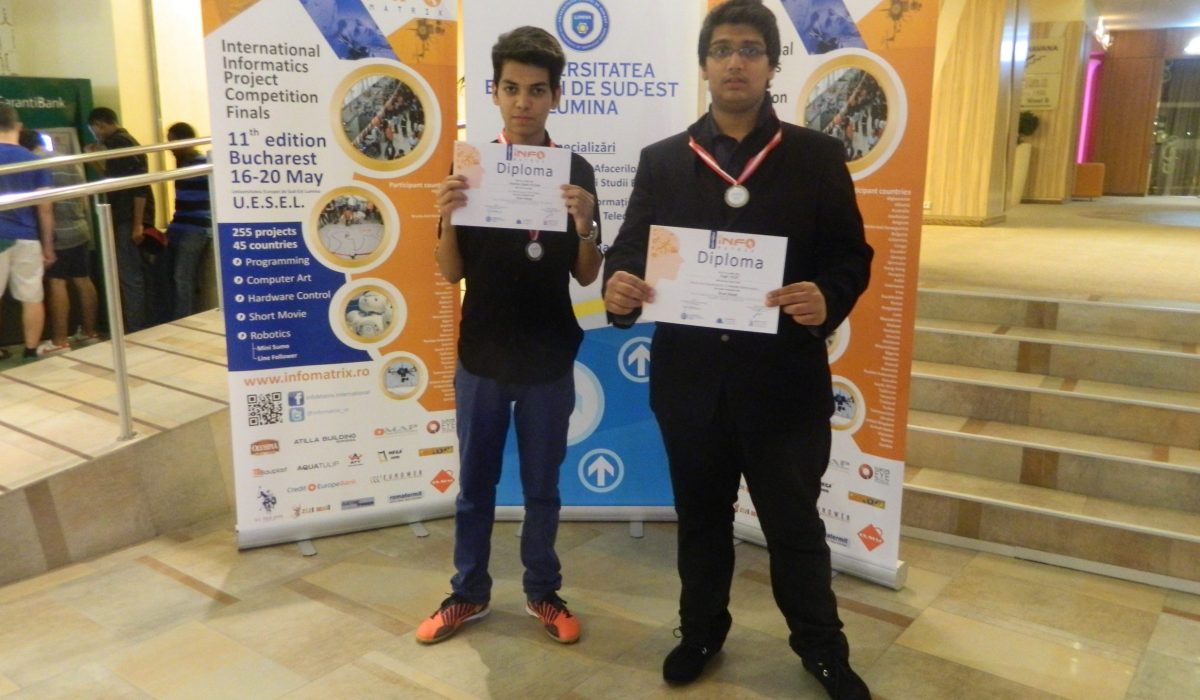 Educationist Engin Yiğit wrote about the exciting journey he took along with two PakTurk students to attend to an IT Olympiad in Europe, students’ prominent success, their Istanbul tour, and the ripples of this international success in Pakistan.

Two of our students from PakTurk Islamabad Boys Section had got to second position in the 2013 Infomatrix Science Olympiads and made history by bringing distinction to PakTurk and Pakistan in an educational competition held in Europe.

Our students Shahbaz Khattak and Abdul Muizz Lodhi built an Automatic Energy Reader running on a SIM card to provide a smart solution for people in Pakistan to monitor their own energy needs and lower their electricity consumption especially in the regions of the country suffering from frequent power shutdowns. They applied with this project to the Infomatrix 2013 Olympiads held in Romania and were shortlisted. After completing their preparations, we applied for visit visas at the Romanian Embassy in Islamabad.

However, receiving a Romanian visa proved tougher than expected. The officials at the Embassy of Romania requested one document after another, and we were put on hold by a certain official who assured us by saying, “Teacher, I will call you later today,” whenever we phoned at him. Such delays unsettled us about our prospective visit to Romania.

Finally, it was only one day left for the commencement gala of the Olympiads in Romania. The clock struck 4:00 p.m. and no one had called. Our hopes were running thin until the phone rang at 6:00 p.m. and the Embassy official told us, “Teacher, you may come and get your passports.” We were all excited by that last-minute development. Eventually, we managed to purchase our tickets hours before the starting of the program in Romania and boarded on our night flight. We were determined and we were impatient for doing the best we could to avail our opportunity.

Panic and laughter at the Istanbul Airport

We were to make a short stopover in Istanbul on our way to Bucharest. While getting the fragile project apparatus – which we had packed as our hand package – scanned through the x-ray at the Istanbul Ataturk International Airport, the security personnel sensed something awry and wanted us to open the hand baggage. We opened the bag and explained to the personnel that we would be taking the apparatus to Bucharest to complete in a science competition. In that way, our students delivered their first project presentation to the airport security personnel in Istanbul. Having realized the issue, the security personnel were no longer tense; they beamed smiles at us. We were then a step closer to the Olympiads and everything was going fine.

A project lauded by the Romanian Minister for Education

Despite all challenges, we could reach Bucharest well in time and prepare our stall at the Infomatrix 2013 Olympiad exhibition hall. Shahbaz and Abdul Muizz competently and fluently presented the argument of their project to the visitors. Visiting the exhibition, the Romanian Minister for Education stopped by our stall and listened to the project presentation with total attention. Having liked the way students developed their project address a local problem, the Minister expressed his praise.

A project crowned with a silver medal

During the competition phase, our students Shahbaz and Abdul Muizz presented their project to the jury fluently and competently, and with the replies they gave to specific questions, they explained the significance of their smart solution in terms of national and regional perspectives. After the project presentation which received commendation from the jury, we started to waiting for the results. When we learned we had been awarded with the Second Position Worldwide title and the silver medal, our students were extremely jubilant. Our schools’ tradition of success received another distinction and the success made history for PakTurk and Pakistan by becoming our first achievement obtained in Europe.

This achievement also attracted the attention of the national and regional press in Pakistan, finding coverage in 20 media outlets. Undoubtedly, the way Dawn – one of the most prominent dailies in Pakistan – covered the news encouraged the rest to follow suit. This outstanding success provided an additional boost to our schools’ prestige and popularity in the country.

A Tour of Istanbul and the Turkish pizza!

Following the Olympiad program, I and our students sojourned in Istanbul for a couple of days and planned a city tour. I had requested my precious friend Oguz to be our guide during our three-day Istanbul tour. Oguz received us from the airport and, throughout the three days, took us to the most exquisite places in Istanbul and conduced us towards knowing wonderful people.

Our students liked Istanbul a lot, and they also developed a liking for lahmacun – popularly nicknamed ‘Turkish Pizza’ by foreigners but this name does not really do justice to what this crispy, doughy treat topped with spicy minced meat actually represents. Whenever I suggested, “Should we try something different to eat this evening?” they would exclaim “No sir! We want to eat the Turkish Pizza!”

Meanwhile, it was certain our students – who visited Turkey for the first time and were taken on a tour led by a Turkish guide – observed the person whom they had known as Oguz ‘Abi’ (Elder Brother) with curiosity and admiration. My friend Oguz worked intensely for supporting the youth in his district and providing them with education opportunities. While he was with us, he would drive the car, follow the day’s work via the phone, and also bring us together with significant people. For our students, Oguz displayed an unusual profile. They could not help but notice the active spirit of devotion shown by that young man for the service to humanity.

Who are the world’s three most important people?

Oguz took us for dinner at the residence of a prominent businessperson in Istanbul. The businessperson was closely concerned with our students, and this led to an exquisite conversation. During the conversation, possibly due to the intelligence of our Olympiad contestants and Pakistan as their home country, our host asked the students, “Who are the world’s three most important people?” Without hesitation, Muizz gave a swift reply: “Imran Khan, Bill Gates and Oguz Abi!” This made everyone beam with smiles and remained with us as a sweet and indelible memory… I wish our students knew that the likes of their Oguz Abi – whom they adored for his lifestyle and ideals – had been spread all around the world with many more people being familiarised with them!

Our Return Journey and the Ripples of the Project

Istanbul tour had been over and we were, with bundles of exquisite memories we had in Bucharest and Istanbul, on board of our return flight to Pakistan. Students had already missed their parents and they wished to share the joy of their achievement and their evergreen memories with their loved ones as soon as possible. Just as they had anticipated, their parents were waiting for them at the airport with garlands in their hands. They hugged and celebrated their children on their success. The students were more surprised when they saw on the next day the news of their project and outstanding success in the national press in addition to the coverage provided even by many dailies in the Subcontinent.

Having entered the path leading to their becoming as young inventors, our students also realized that they needed to work more for contributing to their school and the society in Pakistan. No doubt, they fulfilled this by going the extra mile.