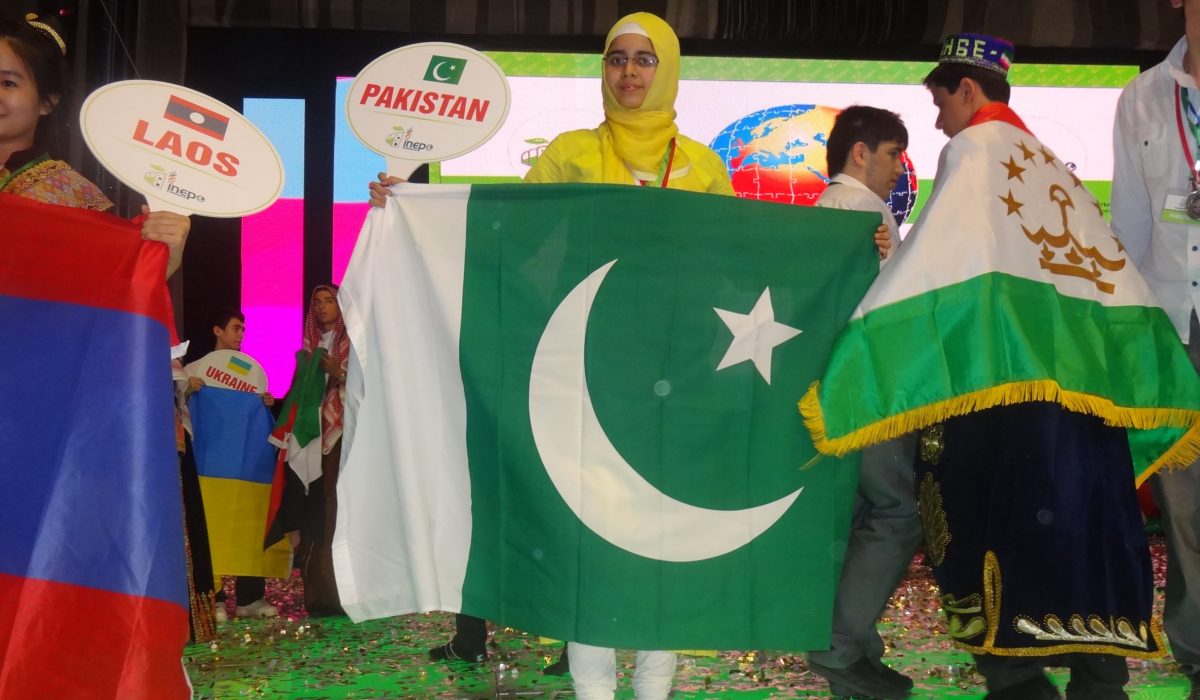 (*) This news, signed by Sabrina Tavernise, was published on May 4, 2008 in The New York Times newspaper of the USA.

Praying in Pakistan has not been easy for Mesut Kacmaz, a Muslim teacher from Turkey.

He tried the mosque near his house, but it had Israeli and Danish flags painted on the floor for people to step on. The mosque near where he works warned him never to return wearing a tie. Pakistanis everywhere assume he is not Muslim because he has no beard.

“Kill, fight, shoot,” Mr. Kacmaz said. “This is a misinterpretation of Islam.”

But that view is common in Pakistan, a frontier land for the future of Islam, where schools, nourished by Saudi and American money dating back to the 1980s, have spread Islamic radicalism through the poorest parts of society. With a literacy rate of just 50 percent and a public school system near collapse, the country is particularly vulnerable.

Mr. Kacmaz (pronounced KATCH-maz) is part of a group of Turkish educators who have come to this battleground with an entirely different vision of Islam. Theirs is moderate and flexible, comfortably coexisting with the West while remaining distinct from it. Like Muslim Peace Corps volunteers, they promote this approach in schools, which are now established in more than 80 countries, Muslim and Christian.

Their efforts are important in Pakistan, a nuclear power whose stability and whose vulnerability to fundamentalism have become main preoccupations of American foreign policy. Its tribal areas have become a refuge to the Taliban and Al Qaeda, and the battle against fundamentalism rests squarely on young people and the education they get.

The Turkish schools, which have expanded to seven cities in Pakistan since the first one opened a decade ago, cannot transform the country on their own. But they offer an alternative approach that could help reduce the influence of Islamic extremists.

They prescribe a strong Western curriculum, with courses, taught in English, from math and science to English literature and Shakespeare. They do not teach religion beyond the one class in Islamic studies that is required by the state. Unlike British-style private schools, however, they encourage Islam in their dormitories, where teachers set examples in lifestyle and prayer.

That approach appeals to parents in Pakistan, who want their children to be capable of competing with the West without losing their identities to it. Allahdad Niazi, a retired Urdu professor in Quetta, a frontier town near the Afghan border, took his son out of an elite military school, because it was too authoritarian and did not sufficiently encourage Islam, and put him in the Turkish school, called PakTurk.

“Private schools can’t make our sons good Muslims,” Mr. Niazi said, sitting on the floor in a Quetta house. “Religious schools can’t give them modern education. PakTurk does both.”

The model is the brainchild of a Turkish Islamic scholar, Fethullah Gulen. A preacher with millions of followers in Turkey, Mr. Gulen, 69, comes from a tradition of Sufism, an introspective, mystical strain of Islam. He has lived in exile in the United States since 2000, after getting in trouble with secular Turkish officials.

Mr. Gulen’s idea, Mr. Aytav said, is that “without science, religion turns to radicalism, and without religion, science is blind and brings the world to danger.”

The schools are putting into practice a Turkish Sufi philosophy that took its most modern form during the last century, after Mustafa Kemal Ataturk, Turkey’s founder, crushed the Islamic caliphate in the 1920s. Islamic thinkers responded by trying to bring Western science into the faith they were trying to defend. In the 1950s, while Arab Islamic intellectuals like Sayyid Qutub were firmly rejecting the West, Turkish ones like Said Nursi were seeking ways to coexist with it.

In Karachi, a sprawling city that has had its own struggles with radicalism  the American reporter Daniel Pearl was killed here, and the famed Binori madrasa here is said to have sheltered Osama bin Laden  the two approaches compete daily.

The Turkish school is in a poor neighborhood in the south of the city where residents are mostly Pashtun, a strongly tribal ethnic group whose poorer fringes have been among the most susceptible to radicalism. Mr. Kacmaz, who became principal 10 months ago, ran into trouble almost as soon as he began. The locals were suspicious of the Turks, who, with their ties and clean-shaven faces, looked like math teachers from Middle America.

“They asked me several times, ‘Are they Muslim? Do they pray? Are they drinking at night?’ ” said Ali Showkat, a vice principal of the school, who is Pakistani.

Goats nap by piles of rubbish near the school’s entrance, and Mr. Kacmaz asked a local religious leader to help get people to stop throwing their trash near the school, to no avail. Exasperated, he hung an Islamic saying on the outer wall of the school: “Cleanliness is half of faith.” When he prayed at a mosque, two young men followed him out and told him not to return wearing a tie because it was un-Islamic.

“I said, ‘Show me a verse in the Koran where it was forbidden,’ ” Mr. Kacmaz said, steering his car through tangled rush-hour traffic. The two men were wearing glasses, and he told them that scripturally, there was no difference between a tie and glasses.

“Behind their words there was no Hadith,” he said, referring to a set of Islamic texts, “only misunderstanding.”

That misunderstanding, along with the radicalism that follows, stalks the poorest parts of Quetta. Abdul Bari, a 31-year-old teacher of Islam from a religious family, lives in a neighborhood without electricity or running water. Two brothers from his tribe were killed on a suicide mission, leaving their mother a beggar and angering Mr. Bari, who says a Muslim’s first duty is to his mother and his family.

“Our nation has no patience,” said Mr. Bari, who raised his seven younger siblings, after his father died suddenly a dozen years ago. He decided that one of his brothers should be educated, and enrolled him in the Turkish school.

The Turks put the focus on academics, which pleased Mr. Bari, who said his dream was for Saadudeen, his brother, to lift the family out of poverty and expand its horizons beyond religion. Mr. Bari’s title, hafiz, means he has memorized the entire Koran, though he has no formal education. Two other brothers have earned the same distinction. Their father was an imam.

His is a lonely mission in a neighborhood where nearly all the residents are illiterate and most disapprove of his choices, Mr. Bari said. He is constantly on guard against extremism. He once punished Saadudeen for flying kites with the wrong kind of boys. At the Turkish school, the teenager is supervised around the clock in a dormitory.

“They are totally against extremism,” Mr. Bari said of the Turks. “They are true Muslims. They will make my brother into a true Muslim. He’ll deal with people with justice and wisdom. Not with impatience.”

In Baluchistan, Quetta’s sparsely populated province, the literacy rate is less than 10 percent, said Tariq Baluch, a government official in the Pasheen district. He estimated that about half of the district’s children attended madrasas.

Mr. Aail said: “Doctors and lawyers have to show their degrees. But when it comes to mullahs, no one asks them for their qualifications. They don’t have knowledge, but they are influential.”

That leads to a skewed interpretation of Islam, even by those schooled in it, according to Mr. Gulen and his followers.

Mr. Kacmaz chimed in: “How we interpret the Koran is totally dependent on our education.”

In an interview in 2004, published in a book of his writings, Mr. Gulen put it like this: “In the countries where Muslims live, some religious leaders and immature Muslims have no other weapon in hand than their fundamental interpretation of Islam. They use this to engage people in struggles that serve their own purposes.”

Moderate as that sounds, some Turks say Mr. Gulen uses the schools to advance his own political agenda. Murat Belge, a prominent Turkish intellectual who has experience with the movement, said that Mr. Gulen “sincerely believes that he has been chosen by God,” and described Mr. Gulen’s followers as “Muslim Jesuits” who are preparing elites to run the country.

Hakan Yavuz, a Turkish professor at the University of Utah who has had extensive experience with the Gulen movement, offered a darker assessment.

“The purpose here is very much power,” Mr. Yavuz said. “The model of power is the Ottoman Empire and the idea that Turks should shape the Muslim world.”

But while radical Islamists seek to re-establish a seventh-century Islamic caliphate, without nations or borders, and more moderate Islamists, like Egypt’s Muslim Brotherhood, use secular democracy to achieve the goal of an Islamic state, Mr. Gulen is a nationalist who says he wants no more than a secular democracy where citizens are free to worship, a claim secular Turks find highly suspect.

Still, his schools are richly supported by Turkish businessmen. M. Ihsan Kalkavan, a shipping magnate who has built hotels in Nigeria, helped finance Gulen schools there, which he said had attracted the children of the Nigerian elite.

“When we take our education experiment to other countries, we introduce ourselves. We say, ‘See, we’re not terrorists.’ When people get to know us, things change,” Mr. Kalkavan said in his office in Istanbul.

He estimated the number of Mr. Gulen’s followers in Turkey at three million to five million. The network itself does not provide estimates, and Mr. Gulen declined to be interviewed.

The schools, which also operate in Christian countries like Russia, are not for Muslims alone, and one of their stated aims is to promote interfaith understanding. Mr. Gulen met the previous pope, as well as Jewish and Orthodox Christian leaders, and teachers in the schools say they stress multiculturalism and universal values.

“We are all humans,” said Mr. Kacmaz, the principal. “In Islam, every human being is very important.”

Pakistani society is changing fast, and more Pakistanis are realizing the importance of education, in part because they have more to lose, parents said. Abrar Awan, whose son is attending the Turkish school in Quetta, said he had grown tired of the attitude of the Islamic political parties he belonged to as a student. Now a government employee with a steady job, he sees real life as more complicated than black-and-white ideology.

“America or the West was always behind every fault, every problem,” he said, at a gathering of fathers in April. “Now, in my practical life, I know the faults are within us.”