‘This nation will never forget your services’ 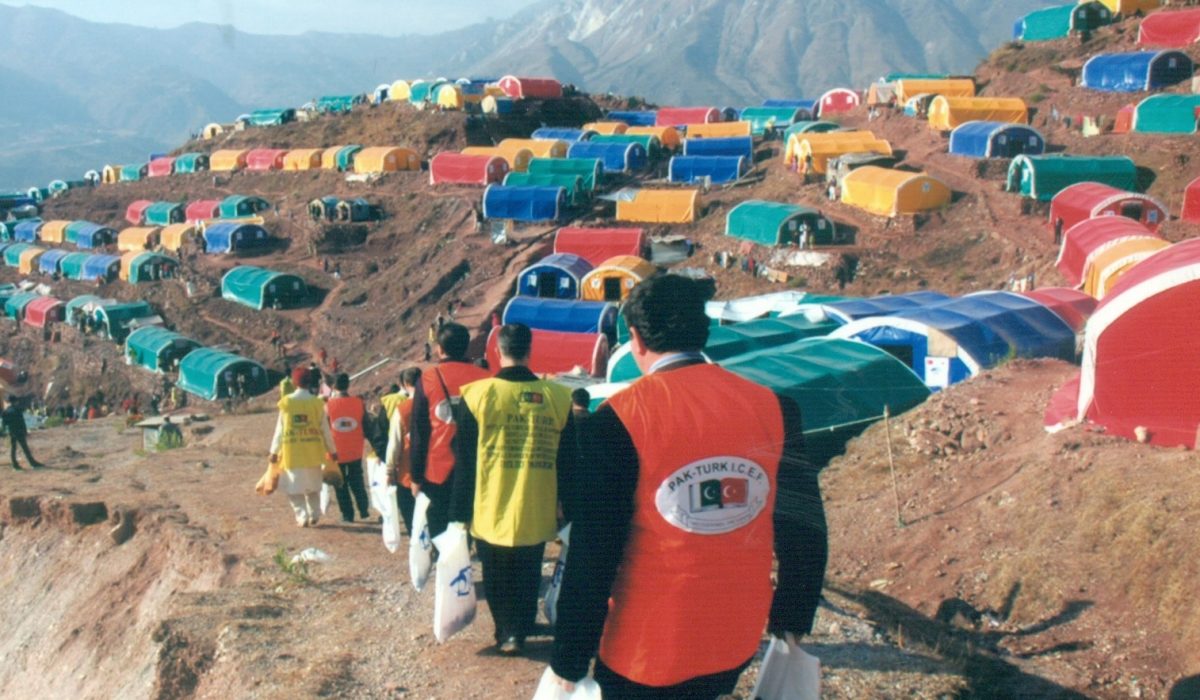 In the fourth part of his memoir, educationist Osman Arslanhan described the emergency relief assignments carried out by the PakTurk Schools in response to Pakistan’s recent major natural disasters, the guests who arrived from Europe for humanitarian assistance and the impact of these selfless works on the general public.

In addition to being pioneers in education and science, PakTurk Schools exhibited a significant example of social responsibility with their stance during the times of disaster and suffering. The whole country admired and appreciated the way the Schools demonstrated this stance in essence and practice to all their students.

Many parents – and their friends and relatives as well through their encouragement – visited the epicentre towns of the devastating October 2005 Earthquake to witness these activities and participated in relief material distribution programs with the PakTurk volunteers. In addition to the widespread distribution of relief materials and the setting of tent cities at multiple locations, 10 fully equipped schools were built and handed to the government along with the cash donations of Turkish people amounting millions of dollars to the emergency relief funds constituted by the Pakistani government. All these had serious repercussions in the brotherly country.

It was not just an educational activity carried out by the PakTurk Schools, but a legend in practice about brotherhood and self-sacrifice. Ultimately, all these self-sacrificing activities were recognized by the highest officials of the Government of Pakistan and they awarded the PakTurk Educational Institutions with the Sitara-e-Eisaar, the country’s civil outstanding service medal.

Shouldn’t even a line separate us

In those days, the title of our schools was spelt as Pak-Turk by separating the two words with a hyphen. Nothing should have come in between of the time-tested brotherhood of our two nations. As a token to this, the school administrators made a change that moved the entire PakTurk family and decided to spell the title of our institutions as PakTurk, without a hyphen in between.

Year after year, PakTurk Schools achieved one success after another, hoisting the flag of Pakistan higher than the rest and on the pedestals reserved for the best dozens of times worldwide with our students who shone in the Olympiads receiving scholarship offers from world universities while they were in the high school. As one of our high achievers, Usama had already become the focal person for the Intel National Science Olympiad juries and a much-sought after competitor by the school administrators while he was still in the middle school. All of them used to queue to take pictures with Usama and his project supervisor Mr. Murad.

During an international meeting he had attended, some journalists directed question to the then-education minister. Speaking of the educational activities in Pakistan, the minister said “Now Pakistan is a country with international recognition and prestige in the field of education” and proudly gave the example of PakTurk Schools with their more than 100 outstanding achievements and distinction brought to Pakistan worldwide. A nation felt this righteous pride altogether, and newspapers and televisions frequently covered these achievements.

Another disaster and some European guests

The months of July and August of 2010, when the PakTurk Schools made yet another outstanding impact in the country with their academic and social achievements, were pregnant with another disaster. Torrential monsoon rains overflowed the rivers and flooded many settlements from north to south across the country. The massive flood rendered thousands of people homeless, and severed the access of many villages and towns to basic supplies.

Our schools, with their effective experience, organized quicker than ever that time and reached to the affectees with tents and staples such as flour, oil, cooking canisters, and detergent etc. Instant and continuous assistance continued round the clock.

A group of young sponsors from Denmark wished to witness an emergency relief activity. We scheduled to break our fast with the affectees and attend to their tables. The menu included dates, fruits, pakora and sherbet as ‘iftaria’ for breaking fast and followed by biryani – a national rice dish of Pakistan – for the dinner. Some conditions that dusk tried to hide had already caught my eye. Our young guests could not help shedding tears and letting their emotions free when they witnessed the scenes before them.

While sipping our teas, we insisted them to share their feelings, and they said: “It was our first time to sit here on the ground and eat…” Indeed, I had noticed that they were not comfortable as they constantly changed their feet. Their next words touched our hearts as well: “Today’s was the most meaningful and delicious iftar we ever had in our lives. We will never forget the immense suffering of the people, the volunteer back-and-forth rush of students, teachers and others volunteers, this exact floor table, this simple iftar meal, and the people’s prayers on their lips along with their innocent and grateful smiles.”

We had also decided to spend the Eid al Adha in the same year of destruction with the flood affectees. We organized the slaughtering of hundreds of sacrificial animals to support thousands of economically and emotionally shaken survivors. A village of Khairpur Mirs was one of the centres for slaughtering sacrificial animals. We were also accompanied by some local and international sponsors and guests. We fell into groups and set off in the early hours of the day with our packets laden with gifts and confectioneries for the children. Before entering the mosque for the Eid prayers, we first and once again checked the sacrificial animals and the slaughter areas.

It’s not about getting the job done …

After his sermon, the imam made an ardent and emotional prayer. He prayed to Allah for people’s deliverance from the effects of the flood and the disaster, and also uttered auspicious words of prayer for our guests. The local leaders who would provide us guidance during the program were also present there. After the prayer, we attended to a short meet-and-greet. When the incoming guests including businesspersons, manufacturers and state officials introduced themselves, the local hosts were astonished and they listened with admiration.

Finally, the slaughtering of the sacrificial animals and the placing of the cut meat into packets started. The sponsors, who included abovementioned people of calibre, had rolled up their sleeves and were carrying meat, filling packets and working with pleasure regardless of the blood everywhere. The local hosts were shocked. First, they insisted the guests to leave the work to the locals by saying, “Please, there are dozens of people here, they will carry out the work!” Even though they had said these, the issue was not getting a job done, but being ‘involved’ in good work. After a while, the local notables and the people who came to their village just for visiting there during the Eid al Adha  approached and got down to work. Our Pakistani colleague Rajab, who had noticed this scene, kept on saying, “Sir, look behind you!” as he would smile and point.

Your stance taught us sacrifice

At the end of the day, the meat was entirely distributed, and the households that might have not received meat for months could get some. Many prayers were received and the children were beaming with smiles. Mirani Sahib, who approached us at the last moment when we were feeling the sweet fatigue, and other prominent people would share their feelings with us as follows: “This Eid has been the most beautiful and meaningful one we had in our lives. Earlier, we would not even preside over the slaughter, let alone packing and distributing the meat. Workers would do that, we would to sit at our homes. Today’s taste and pleasure can never be forgotten. This stance of yours taught us the essence of sacrifice and brotherhood.”

Yes, we were very tired as the teachers, students and all the other volunteers who were there that day, but it was like we were reborn. As a Turkish saying goes, “Those whose burden is sacrifice have their backs bent, but not their hearts.”

“If the Beloved wishes to take my life, so much the better!

What’s a life indeed, when it has to be sacrificed to my Beloved?” 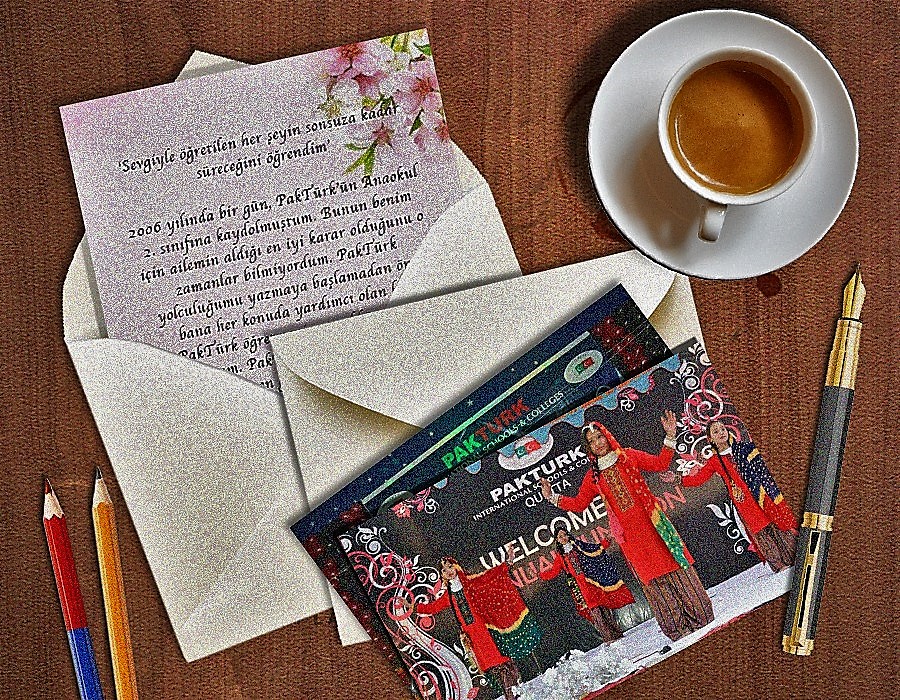