Pakistan? Right over there!

‘This nation will never forget your services’

Muhammad Iqbal and his bond with Turks

Pakistan? Right over there! 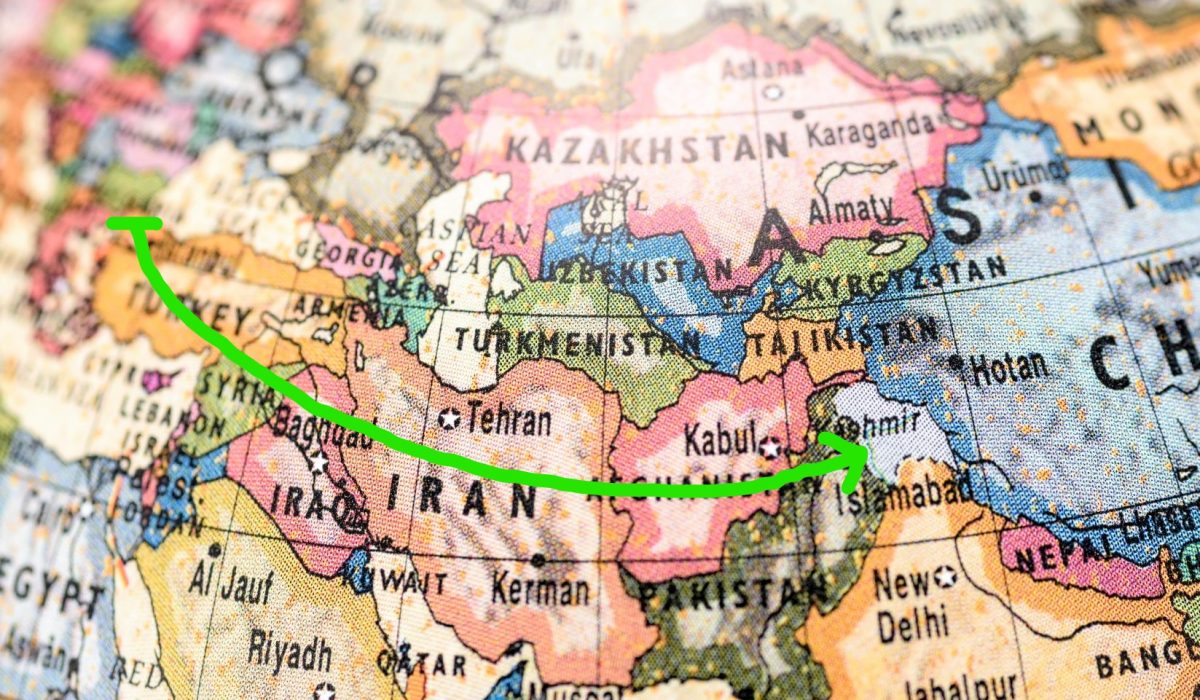 Writer and educator Mehmet Karadayı wrote about his journey to Pakistan where he arrived as a teacher in 2003. The story of Karadayı’s journey starts in Turkey with an endearing dialogue with his mother and contains many colourful details.

“May it be auspicious for you, son,” prayed my mother and added, “This time you are not going so far away. I’m very glad.” A little surprised, I asked, “What do you mean it’s not far away, mom?” Now it was her to be surprised: “Isn’t it our Pakistan, my son? It’s right over there.” The country to which Mom pointed by saying ‘right over there’ took almost 7 hours to reach via Dubai. It used to take us 2 ½ hours to reach Moscow, a ‘faraway city’ for my mom. Only then I could understand,  the word ‘our’ she used for Pakistan removed distances as well. Russia was far, because it was not ‘ours’. Pakistan was near and even was ‘right over there!’ because it was ours. It was from us. I presume everyone in Turkey identified it the same. Briefing my mom about geographical facts would lead us nowhere, because it did not matter how geographically distant Pakistan was; hand on heart, it was closer than ‘right over here’ i.e., closer to us than our hearts according to our culture.

It was the summer of 2003 when I got an offer to work in Pakistan. It was a sweltering August day in Istanbul. First, I notified my wife, then I called my mother. The reactions of both were similar to each other. They handled the issue through geographical proximity. My concern was entirely different. I would have to learn a new language. I had lived in Russian Federation for 8 years and mastered Russian quite proficiently. It was regrettable that my foreign language proficiency would not work in Pakistan. On the other hand, it was pleasing to have the opportunity to learn a new foreign language.

I was caught in a dilemma. What mainly made the language issue seem unsurmountable was my lack of considerable progress despite having taken many English lessons for years. I had to jump over this pitch-black wall standing before me. I immediately bought some books that promised easy self-learning. I got on with the work saying Bismillah.

According to a Turkish proverb, “Numbered days pass quickly” but I found it was not so in reality. A day’s passing is a relative concept that differs from the viewpoints of the waiter and the waited. We had to wait until October to have our passports extended and visas stamped. I also remember an Arabic proverb that says “A wait is the same as burning in a fire.” My condition was exactly the same. When all is said and done, I could not study English as I had to even though I had bought so many books for that purpose. Yet, they arrived at last: First, the visas and then the airline tickets. Amidst the thrill and activity of preparations, the week passed like the wind and we suddenly found ourselves on board of our flight bound for Dubai. Some may know, the Emirates’ aircraft are comfortable with an exquisite service. No, this is not a commercial; rather, it is giving credit where it is due.

As the flight continued smoothly, the stewards started offering the in-flight drinks. I asked a glass of juice and when I held it in my hand, I noticed it was not chilled. I wished to get some ice cubes but I simply could not remember the English words for that. I was squirming in my seat with embarrassment. I turned to my wife and asked, “What is the English word for ‘buz’?” She was no different than me. Suddenly, the stewardess turned to me and asked, “Buz?” Having heard a Turkish word in a desert of foreign tones, I blurted, “Evet!” (Yes!) The stewardess hurried to the galley and returned with the ice cubes. I thanked her in Turkish as she dropped the cubes in my glass, but she did not understand me. She continued doing her work. Later, I learnt ‘buz’ was an Arabic word too. As said in the soccer jargon, “Minute one, goal one!” I had already conceded a goal in my post. English: 1 Me: 0. Yet, I was optimistic because the match had only begun.

When we landed in Islamabad, we queued in front of the immigration counter for passport control. The first minutes during each arrival in Russia used to unnerve me as questions flooded my mind: “Will the officer find something missing in my documents? How long will I wait? How many questions will they ask?” No matter if you have everything ready, you cannot help but feel unnerved. It’s impossible to steer unmarked. The most elating emotion is when the immigration officer slams the arrival stamp on your passport and you say under your breath, “Thank God, I am saved!” It’s like emancipation from bondage.

No doubt, experience spoke louder at the time of our arrival in Pakistan too. As we started to look around with that peculiar anxiety of “What if?”, we felt as if a celestial soothing and assuring feeling enveloped us there and then. Smiling people everywhere. No cold stares from the state and no unnerving glares from the officials. Joyful chats, shrill laughter, bustle and energy. Our faces beamed. As if exhaling a deep breath from our lungs, we shook off the gloom. The immigration officer who received our passports smiled at us warmly and said, “Welcome!” Aha! I understood him. “Thank you, sir!” said I. English: 1 Me: 1 We equalized the score. I grinned from ear to ear! The officer studied the passports swiftly. He stamped my, my wife’s and my daughter’s passports with the arrival stamps and handed them back to me with a winning smile. As I walked towards the exit dazed and elated, I turned back twice and looked at the officer. To wit, it was that easy.

The first time I saw such assorted flowers

When we picked up our luggage and left the arrivals lounge, we met with our friend who came to receive us outside… He takes us into a small blue Chevrolet van. That is my first trip in Pakistan. My eyes look away, scanning the scene as we pass. There are roses everywhere. The fronts of the houses are flower fields. There are no apartments in sight, all the houses are two-storey and arranged neatly next to one another. The streets are long and straight. There are still young trees planted along the main streets. I am told Islamabad is a very young city which was planned and built with care. There are houses with gardens looking different from one another. I grow infatuated with the front yard landscapes when I see them later while walking down the streets. This is the first time I’ve seen such assorted flowers in one place. I also remember the fancy trucks and clothes I previously saw only in the pictures. Of course; the homes, landscapes and spirits of a nation with such a colourful culture would surely be colourful.

One of my new colleagues hosted us for the lunch that day. After eating from a generous table, tea was served. I started to lull soon after performing the ‘asr (afternoon Prayer); no doubt, the journey was a tiring one. I slightly leaned my head back and started to nap. Suddenly, I was startled by the sound of the azan (call to the Prayer). I thought it was the time for the maghrib (evening Prayer). Tut-tutting myself, “Oh my! I slept during the karahah (duration immediately before the evening Prayer or after the morning Prayer strongly disapproved for sleeping)!” I noticed the daylight seeping from the window. The sun shone brightly on the sky. I was surprised and so I thought, “Did I perform the ‘asr before it was due?”

My colleague who hosted us in his house arrived and, having observed the confusion reflecting on my face, he explained: The azan was recited at different times depending on different congregational timings in different mosques. If someone missed the congregational prayer in one mosque, he would be able to make it on time to another. I found that practice very beneficial, and also wondered, “What other beautiful things will we discover here?” 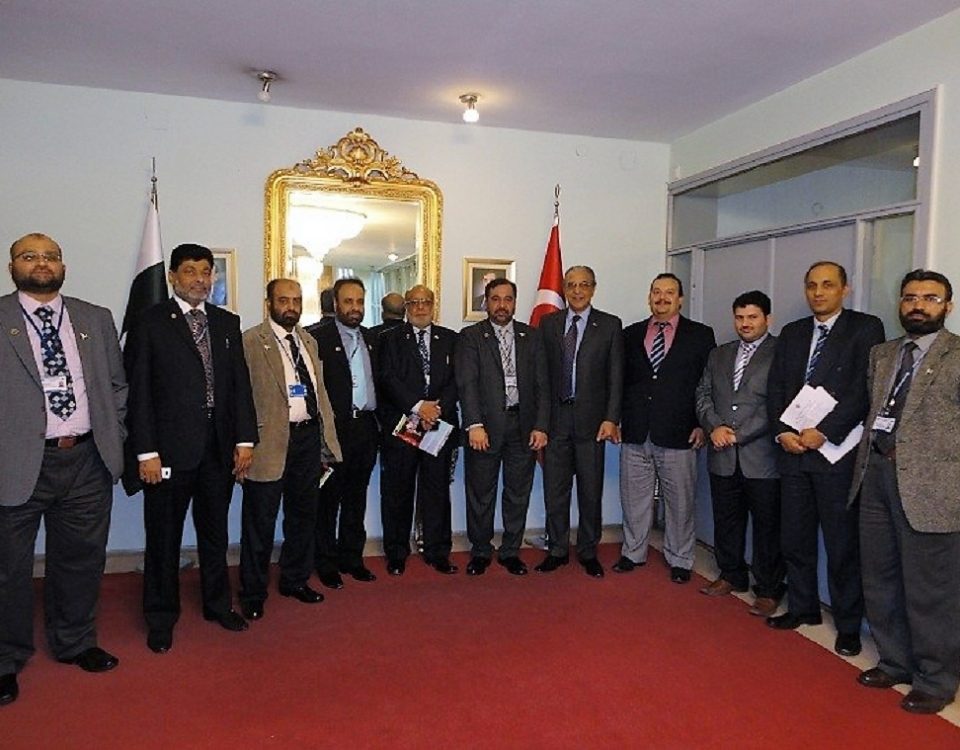 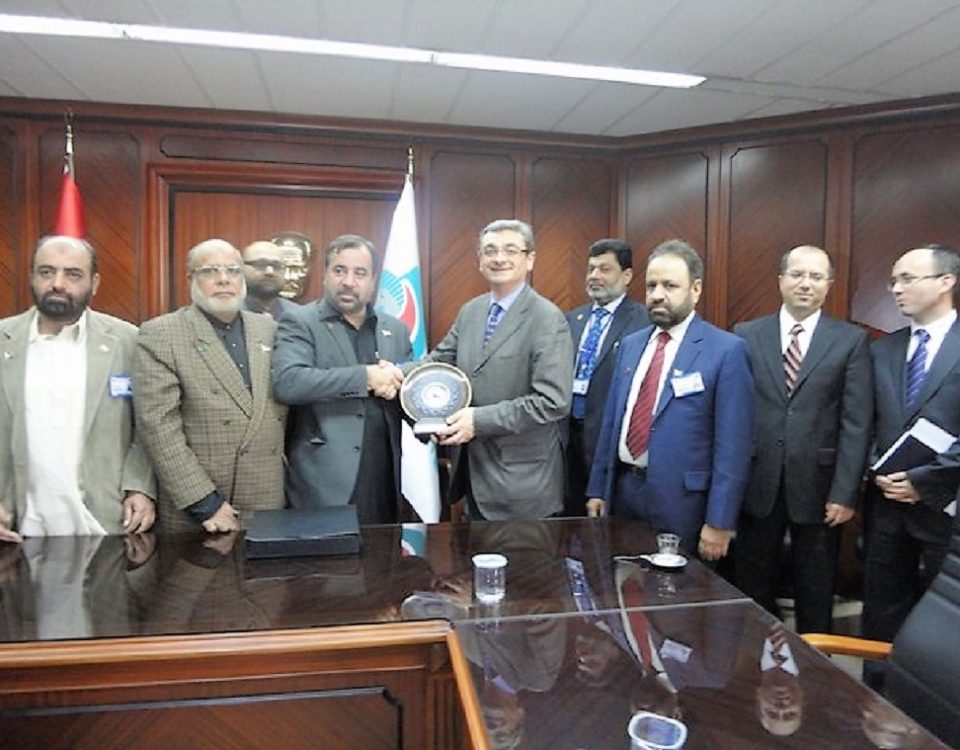