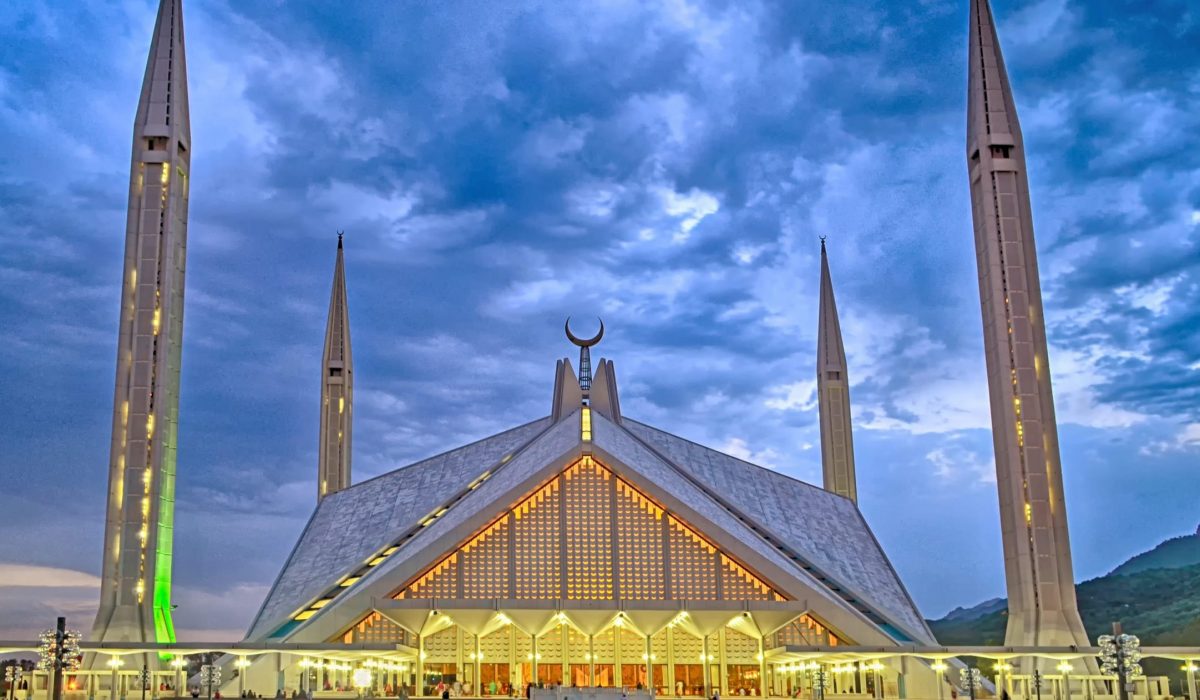 In the second part of his memoir, educationist and writer Mehmet Karadayı tells about his first days in Pakistan and his adaptation process. Karadayı proficiently makes the challenges he faced pliable by reflecting this view and comfort on his humorous prose.

It had been three days since I arrived in Islamabad. I gradually met my colleagues. I visited the school where I would work. On the other hand, I was busy looking for a house. One of my colleagues said, “We live in Geetenfor. Let’s search for a house there.” Since I did not know where Geetenfor was, I opened the city map and looked for a neighbourhood named Geetenfor. There was no such place. There were only letters and numbers on the map. Only then my colleagues explained to me: Geetenfor was G-10/4.

Islamabad is a new and modern city. It was planned by an architectural office from Greece. The city is arranged like slices of baklava. Each sector starts with a letter. It is divided into more than 10 main sectors each of which are divided into 4 sub-sectors. Streets are also separated by numbers. When you learn the city layout, you can figure out where an address is by looking at the letters and numbers.

Fortunately, it turned out as I expected and a vacant house was found on the “Turkish Street” in G-10/4. I applied for renting it immediately. The houseowner was a very kind gentleman who worked at the post office. He had some parts of the house repaired according to our wishes. Meanwhile, we stayed at a friend’s house until our house was ready. You may naturally have a question in your mind as to where the Turkish Street is. There is no such street with this name in Islamabad. We named it so because five Turkish families used to live on Street 72 in G-10/4 (Geetenfor).

This time I’m defeated by Urdu

Before we could move into our house, the month of Ramadhan arrived. Every evening, after breaking our fast, we would go to the small masjid in our neighbourhood and perform the tarawih Prayer in congregation. For the first time in life, I felt cold during a tarawih Prayer. There were gas heaters in the masjid and even though they were constantly on, it was not possible for them to heat the entire space. After the fardh of the ‘isha Prayer, someone made an announcement in Urdu. My friend next to me translated it: “Keep your ranks tight. In this way, neither can Satan come among you, nor will you feel cold.”

Imams recited neither so fast nor so slow. Their recitation was fluent and they had a strong memory. Approximately within an hour, the day’s tarawih Prayer would be completed. After the Prayer, people from the congregation would not leave immediately, but sit in circles and engage in busy discussions. Unfortunately, due to language barrier, we would leave the masjid and return home right after the tarawih.  Urdu: 1 Me: Again Defeated.

One day, my colleague who hosted us until the preparation of our own residence suggested we should go to the Faisal Masjid for the tarawih Prayer. I happily accepted the proposal. We got into his ‘Foxy’ i.e., Volkswagen Beetle and set off on our drive. I was trying to get used to the right-hand drive. This was why my watchful eyes scanned everywhere. My desire for knowing about my environment to the extent of curiosity was very strong.

The first and the last tarawih at the Faisal Masjid!

We finally reached the Faisal Masjid. Of course, it was hard to find a parking space. There was a large congregation and only then I managed to understand why my host hurried to leave the house right after the evening Prayer. We managed to enter the masjid and found ourselves places in the back rows of the congregation. When I scanned beyond, I saw an empty space which might accommodate two people. We immediately stood up and by parting people kindly, we reached and sat in the empty space. A wonderful mosque. A marvellous architecture. I liked the modern and futuristic interpretation of the pulpit and the Prayer niche very much. The mosque had an exquisite lighting and a smooth sound system. The carpets were spick and span, and everywhere smelt of roses.

In such a place, it was very effortless to breathe the spiritual climate and to take part in the worship. A hafiz with a beautiful voice was leading prayers. The recitation was very beautiful, the mode was great, the atmosphere was very impressive, but there was something odd. Imam Effendi was not in any hurry. He was reading piece by piece. He led the Prayer slowly. After the fardh, we started tarawih Prayer with the hope that the imam would shift up the gear of recitation. Same speed… I don’t know if I should have said it was the same slowness.

I thought he recited half a page during one cycle (rak’a) but I later learnt he had recited an entire page. Yet, how slowly he did that. A time came and I thought I should leave and complete the rest of the tarawih at home; everywhere was full. No one left the mosque. I completed the Prayer thinking I had no right to cause discomfort and unsettle people’s spiritual state. I remember my feet were trembling as I was leaving the masjid. I did not go to the Faisal Masjid for the tarawih again.

When it comes to Ramadan, it is impossible not to mention iftars – the fast-breaking dinners. We had an iftar meal almost every evening at a friend’s or a parent’s house. Pakistani food suited my taste. It would be because I loved spicy dishes so much, I was sweeping all I could find without breathing! The only problem was indigestion after eating too much. However, on the next day, a fast kept without suhoor (pre-dawn meal) would repair the stomach. Fast for one person. Break fast eating for two or three people. I gained 11 kilos as a result.

I kept on planning, “Let the Eid’ul Fitr arrive and I will start a diet.” Eid’ul Fitr arrived and passed. Three more months passed and I put on four more kilos. Pakistan Cuisine: 14 Me: Still Defeated. I keep on conceding goals in my post. Dear readers, the match over but I still concede goals.

Nor is this all. I was returning from the school. There was a tiny grocer around the corner of our street. I entered the little shop to fetch my wife’s groceries. Moving my fingers eloquently, I pointed at the items I wanted. Thanks to the grocer, he did not ask me twice but gave me all what I wanted. After paying the money, since I could not utter it with my fingers, I thanked him saying, “Thank you!”

Let’s fix the report card; English is ahead again

I stared at the grocer’s face. I was curious to know “What effect this eloquent English of mine worked on him”. Mr. Grocer beamed a wide smile and said, “You are welcome!” Cogs and wheels started turning in my brain “Did he say ‘welcome’ to me?” I left the grocer with a wide smile on my face. I thought, “This young man must be a villager. He does not know. He did not reply by saying, ‘Not at all’.”

With my sails puffed with the winds of joy, I rushed to my house. English: 1 Me: 2. I would celebrate my win, so I phoned at a friend and told him about my experience. I said, “It seems not all Pakistanis know English.” He replied, “Bro, in spoken English, ‘You’re welcome’ means ‘don’t mention it’ or ‘if you please’.” I got down off my high horse and I said, “Thank you” before hanging up the phone. Let’s fix the report card: English: 2 Me: 1.