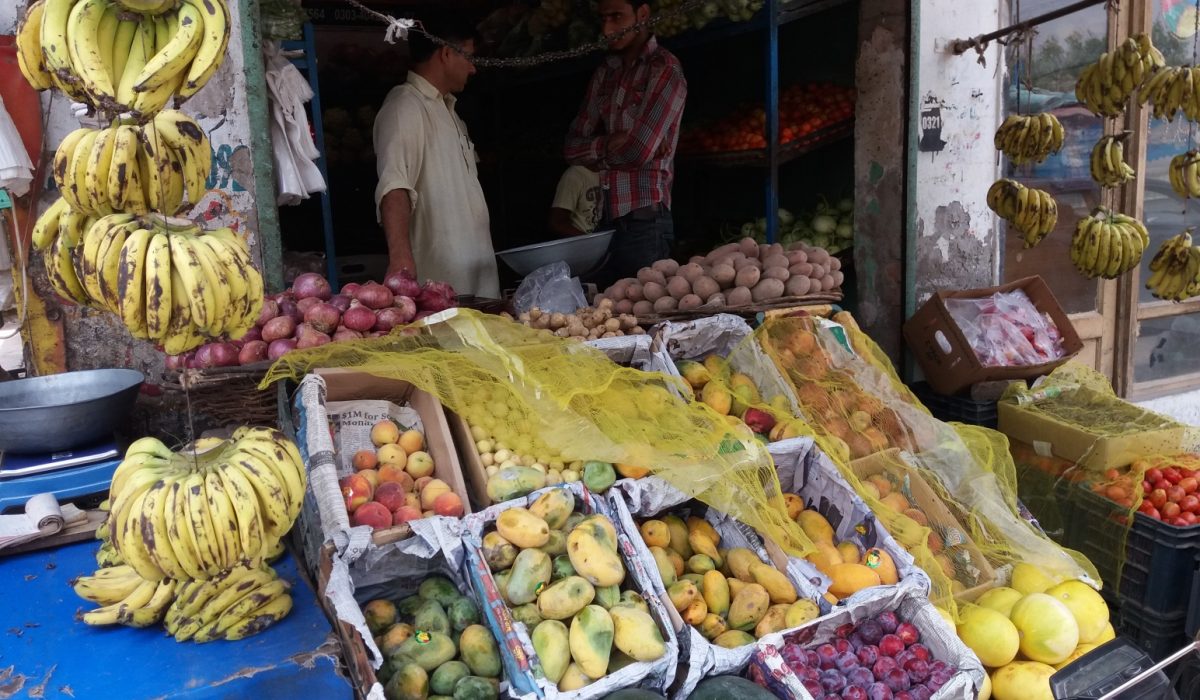 Researcher Doğan Yücel wrote about the variety of fruits, a rarely known aspect of Pakistan. Comparing with similar fruits in Turkey, Yucel added his own experience and came up with a delightful text in name and taste.

The King of mulberries: Shahtoot

Shahtoot (literally: the Mulberry King) is yet another fruit which I have not seen anywhere else. This variety of mulberry is dark purple and is almost a finger long. It is less juicy and comes out during winters. It is an exquisite fruit sold on the streets.

This fruit is dark reddish on the outside and lumpy and its pulp is transparent. When you peel it, you can see the seed through the white jelly pulp. It comes out around June annually. It is very juicy and sweet, but a little expensive. The seeds are large and black. Families who travelled to Turkey early in the summer would take lychees along with them to introduce its exotic taste in their hometowns.

The ‘custard apple’ of the British

It resembles a pear but it is larger and has a big white seed. When eaten, you may only get it in half, because the rest are seeds. Its skin looks cut into smaller circles and its colour is dark matte green. However, it is very sweet and is suitable for Turkish taste. Once you peel it, thanks to its circular external skin, you get yourself smaller slices. This is what the British call “custard apple”.

Coconut, but it’s not!

Coconut, which we call in Turkish “Hindistan cevizi” literally meaning “Indian walnut”, is not at all associated with India in Pakistan. Calling it that way is no different than calling a variety of grapes as “Turkish grapes”. Urdu name for coconut is ‘nariyal’. Nariyal comes out during winters. Especially in juice shops, it is sold as freshly extracted. You may see people lining before those shops, getting it sliced from the top and popped with a straw for direct drinking of the coconut milk. Once the milk is over, the fruit’s thick and meaty shell can be scraped from within and the soft pulp may be so eaten.

‘Anar’ is a Persian word which lost its letter ‘a’ on the way while being imported into Turkish. Especially in Karachi, you may find the Kandahar variety of pomegranates abundantly. Each one of this variety weighs more than half a kilo. While eating, you almost do not come across any seeds.

The most expensive and exquisite among many grape varieties in Pakistan is the sundarkhani. It is longer and pure yellow. It ius also very sweet and has an exquisite taste. It is sought after on Ramadhan tables and in fruit salads. People try to serve this grape at Ramadhan iftars as much as they can. It is possible to come across plenty of honey bees or wasps while buying sugary fruits such as grapes from markets or peddlers. Sometimes when you come from the market, it’s not surprising that a few bees or flies come out of the fruit bag.

When Mughal Emperor Jahangir went from Kabul to Delhi, they asked him, “Your Highness, what do you miss from Kabul the most?” He replied: “Grapes and melons.” Across Pakistan, people do not call melons and watermelons in general names. Names change according to seasons. Garma is the fruit for the summer and sarma is for winter. Sarma is fairly yellow in colour. It is a dry and very fleshy fruit like an apple. However, it is like candy from top to bottom. It is quite large in size. Garma is slightly greenish on the outside and pink on the inside. It is similar to the Kırkağaç melon in Turkey. Harbuza is yellow and white striped. The Urdu name for watermelon is ‘tarbuza’ and tarbuza is very similar to the watermelons in Turkey.

Such an experience no word can tell: Chicku

It is a dark brown fruit you may mistake for a potato. It is slightly larger than a walnut and has black seeds. Especially in the summer in Karachi, this fruit’s juice is mixed with milk and banana and drunk on ice. Its taste cannot be described but begs experience.

Once quite famous in Turkey, this fruit has a slightly bitter taste. It is light yellow in colour. We would offer it to our guests from Turkey because it was much affordable in Pakistan as compared to there. The guests would usually take some along on their way back as well.

Winter season is the strawberry season in Punjab. On Sundays, a few friends and us used to visit the villages of our acquaintances who had strawberry gardens and collected strawberries until the evening. Strawberries are sold on the roadsides and in the markets. However, it is suggested to purchase them early in the morning.

It is a small fruit and is similar to blueberry. It is a kind of tree fruit which is dark purple in colour and its juice, once extracted, turns into dark pink. It comes out before summer. It mostly grows in the south. Generally, people drink falsa juice in the form of sherbet. During its season, it is a top treat for catering to guests.

Kinnow: No tangerine, no orange

Kinu is a citrus fruit similar to a tangerine but almost the size of an orange. Usually, we bought it as tangerine. Yet Pakistanis insistently say, “This is a different fruit, not tangerine.” There is indeed quite a difference in size from the tangerine we know! It is very soft, sweet and juicy.

Known as ‘Indian date in Turkey, imli (tamarind) is famous in Pakistan as a sherbet ingredient. Sometimes our teacher colleagues would prepare and serve imli sherbet to the parents who visited our school. There are even parents who asked for the recipe of the tamarind sherbet served to them at an iftar in Pakistan two years later!

This coal-coloured fruit is a type that many people do not eat and do not know much in Pakistan. It is sold on the roadsides in winters. Since it grows in water, it is called water chestnut and has a rough shape like the horse chestnut. They call this fruit as “Singara” in Lahore. I think it means ‘black ember’. We ate it raw, but when it is pickled, dried, boiled and crushed, it is also very tasty and is also added to cakes.

A Melon on a tree: Papaya

In the Subcontinent, there are some words borrowed from the Portuguese. One of those words is ‘papita’. Papita is the fruit what we know as ‘papaya’. It has a tree like a date palm without branches and knots. It can be said that papaya is a melon that grows on trees. Its taste is quite different from melon, though. When we first bought it and took it home, we peeled it thinly to save more and enjoy more. We could not eat it at first, because it had a bitter taste under the peel. Later, when we peeled the skin off as thick as it should be, I remember we frequently bought it and enjoyed eating it. 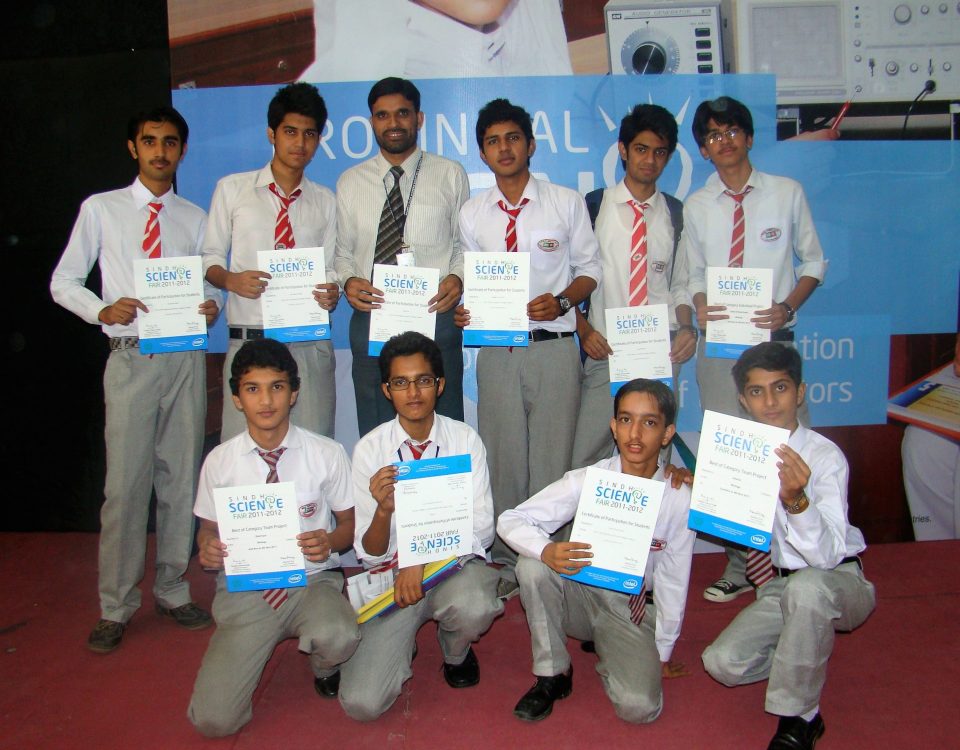