We were poisoned, but I would eat those anchovies yet again! 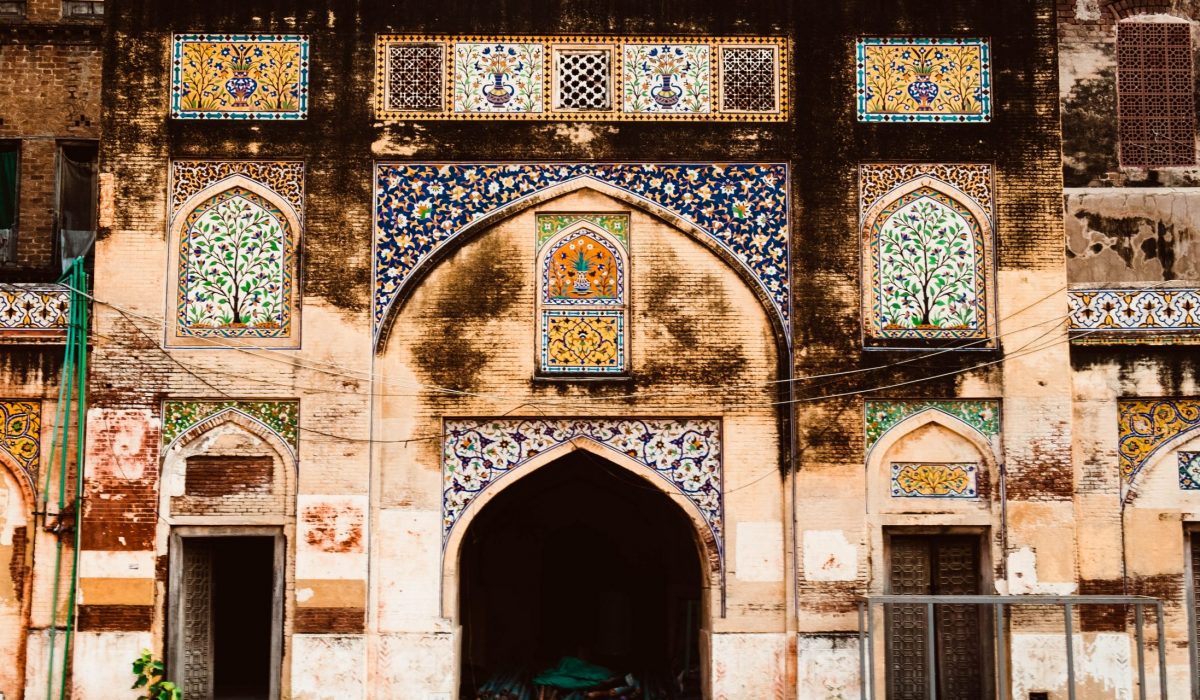 Gamze Çiçek, who barely managed to graduate from her university in Pakistan as she was forced to leave the country, wrote about her experiences in those days. She chronicled the strain and the nervous tension she went through while leaving her ‘second home’ and the surprises she came across while selecting her next destination.

I always experienced the tension of living abroad from the perspective of being a student. Especially during the recent stifling process which indelibly affected our concluding semesters, even our graduation from the university was jeopardized; that was more than enough for eroding our already-tattered morale. Fortunately, I had narrowly escaped the risk of having wasted my years, hard work, efforts, and tears throughout those years and finally graduated …

What a graduation that was! I felt on the cloud nine as if I had discovered the world anew and all by myself, added new dimensions to particle physics after having divided the atom into its infinitesimal quantum layers, and sat down to watch the rocket I had just launched into the space. All in all, I had graduated from the university, nothing else. Likewise, I was also to bid farewell to Pakistan, where I had spent many years and which I adopted as my ‘second home’, due to the aftermaths of the stifling process that was beyond my control.

Hence, I started a long marathon including getting my diploma and sending applications for further studies. I had decided to go to the United States. I had already received a letter of acceptance from a university there and I firmly assumed the United States as my next place of migration. Every day witnessed a new and busy tempo in preparing documents and collecting letters of reference from my professors. A whole six months passed while I waited for the Higher Education Commission of Pakistan to process my transcript, diploma and supplementary documents for issuing me the certificate of equivalence in the end.

The city where I lived in Pakistan enjoyed both summer and winter. Thinking that my next destination – the United States of America – would be colder in climate, I had distributed all my summer clothes among friends and packed my luggage accordingly. Just it goes in the Turkish proverbial expression that may loosely translate as “While people make plans, the Divine Providence looks down upon them and smiles”, I might make many plans but Allah Almighty’s purpose would certainly prevail. Indeed, my destiny was in fits of laughter as I had made my plans; I would realize that much later. Having hastened to enter the US Embassy in Islamabad with all my documents in hand, I hastened to leave in the same manner after receiving a negative response to my visa application. I said to myself, “Well, it was not vouchsafed for me!” but my emotions had already been tattered after having waited for six months to submit my academic and visa documents following the six-year university education.

I had forgotten to ask, “Which country?”

I spoke with a senior sister on the telephone and explained her the issue. She was as sad as I had been. When she said, “We have just talked with the administrators of a school in another country; if you wish, we may send you there,” I simply retorted, “Why not? I have everything, even my packed suitcase, ready!” After hanging up, I realized I had not asked her “Which country?” I had been much distracted until then.

While driving back home, I watched the city sashay from the window and I plunged myself in thoughts: Had I put up efforts for nothing? I had waited for so long; had I been really compelled to be involved in that chaos? I had already reckoned that possibility, but never thought it would happen. Anyway… I was no longer curious to know my next destination and would contentedly wait until I saw the flight ticket. I had resigned myself to Allah’s Will and kept on praying: “Oh Lord, I hope that is a place where I will be able to find the exquisite things for which I have always yearned…”

I received another phone call in the evening of the same day. I came back to my senses when I heard I was required to compile the required documents to be dispatched to the respective country and that I would be boarding my flight five days later. The feeling ‘I am going somewhere’ infused my soul. I thought, “This time I am really going somewhere!” Yet, was that so much easy? While I was still unable to escape the disillusionment of having been rejected for a US visa after striving for so many months, I wondered for what easy place I was bound that I was only required to pick my bag and board on the flight there.

While talking about the date, the timing of the flight and the port of entry, I managed to remember asking the person on the phone, “By the way, to which country am I going?” The voice on the line told me the name of an African country. What a synchronicity it was that I had heard about that country from the memoirs narrated to me by a senior sister during my first year in Pakistan. We used to call her, “Sister Yasemin from ____” Whenever she narrated us something from there, her eyes would always shine in joy.

I was thrilled, because I would be able to witness the memoirs which I had listened from her at the exact country where they had originated. I would be needing summer clothes; so, I distributed my winter clothes among friends and started packing my suitcase from the scratch. We had a tradition of organizing programs to wish farewell to the graduating or leaving friends. It was my turn to be treated to such a program. My friends, with whom I had spent many years and supported one another as sisters in a foreign land, started preparations. Meanwhile, I went to the university to visit my professors, who assisted me throughout my higher education, to gift them a framed photograph of our graduated class. It was both a sublime and a heart-breaking experience for me taking my leave from my two professors, who treated me no different than their own daughters, and receive their blessings and prayers.

My classmates organized a farewell get-together at a restaurant. As I looked at each of them during that function, I kept on thinking the shared bittersweet memories we had at the university. In my memories, each of them was a leading heroine whom I had met at a critical junction of my life. I would never forget the way their mothers invited me to their homes, cooked my most favourite Pakistani dishes and patted my head for assurance and support. Even though their financial means were slim, the way their fathers handed me token but heartfelt eidis meant the world for me. I would never forget how they accepted me as one of their daughters…

In tandem feelings of hardship and thankfulness!

My mother felt increasingly worried. She kept on asking me to where I was destined; she thought I was plunging into a fresh adventure. It was very hard to convince my mother, who kept on saying “We know and love the people of Pakistan. Why do you want to leave? Stay there!”, that we longer had the facilities we used to have and were also deprived of our own chain of schools where we had wished to work after graduation.

During that phase, we also bid farewell to many friends as they left Pakistan one after another. I had attended to those farewell programs without thinking I too would be saying goodbye to Pakistan one day. My friends had designed a wall display with our pictures and the short chronicles of our bittersweet and emotive memories. They also prepared a video of the photographs of our trips, shared functions, and our life at the university from the year one to the last. All those memories paraded in front of my eyes as if they were on a film reel which all of us could watch and interact at the same time. I sighed and said under my breath, ‘You cannot imagine how hard it will be for me to cope without you’. At the same time, I also thanked Allah by saying, ‘How fortunate I am!’

As I hurried to say goodbye to all I could meet there and then, I also thought, “I hope I have not left anybody out” and prayed under my breath. An hour before leaving for the airport, my mobile phone rang. It was 11 PM. It was one of my first students whom I had tutored as a supervisor. She had heard about my imminent departure and she kept on reproaching me, “Why didn’t you tell me earlier?” She asked me, “When will you leave then?” and I said, “I am leaving in an hour.” Her voice on the phone faltered and she broke into sobs. Since she did not know when I was to leave, she had waited for her father to arrive home. She had prepared a gift and wished to hand it to me personally. She said she had wanted to phone me earlier and ask about my date and timing of departure, but had been so late to do that. When I said I was to leave in an hour, she started weeping again, “You know, my home is two hours away from yours!”

Will Pakistan chapter ever open again?

I had managed to resist against breaking into tears. I tried my best to remain strong and I said, “It’s better you should not let your father take trouble. It’s already been late. I thank you for your gift. Please consider I have received it.” Even though I said so, neither could I convince her nor could stop her from weeping.

While packing my packs before travelling to Pakistan for the first time, I thought it would be hot there and I did not take any winter clothes with me. When my students would stay at our home for the night, they sometimes felt cold and I would give them my cardigans. All of those cardigans were thin and would not warm much. Even though it was winter, the students would come wearing thin clothes. I later learnt they came without wearing cardigans because they loved the way I thought and cared for them! Even though the cardigans I put on their shoulders years ago did not warm them much, they surely generated a warmth that have continued among us for many years until now.

It was time at last. I put my luggage out of the door and hugged each of my friends long and tight as I said goodbye. The garden gate opened. It was my student with whom I had talked on the phone 40 minutes ago. She rushed towards me and hugged me, saying “You cannot go without saying goodbye to me!” I could no longer hold back my tears. Her mother, who entered after her and saw us in that state, started to weep too. Her father came out of the car and explained how fast they had driven to make it on time before I left home. My student held a small notepad in her hand as my gift; it was full of our pictures and the chronicles of our shared memories …

I am unable to know whether it will be reopened one day… but on that day, I closed the chapter of Pakistan by taking most of my memories with myself…