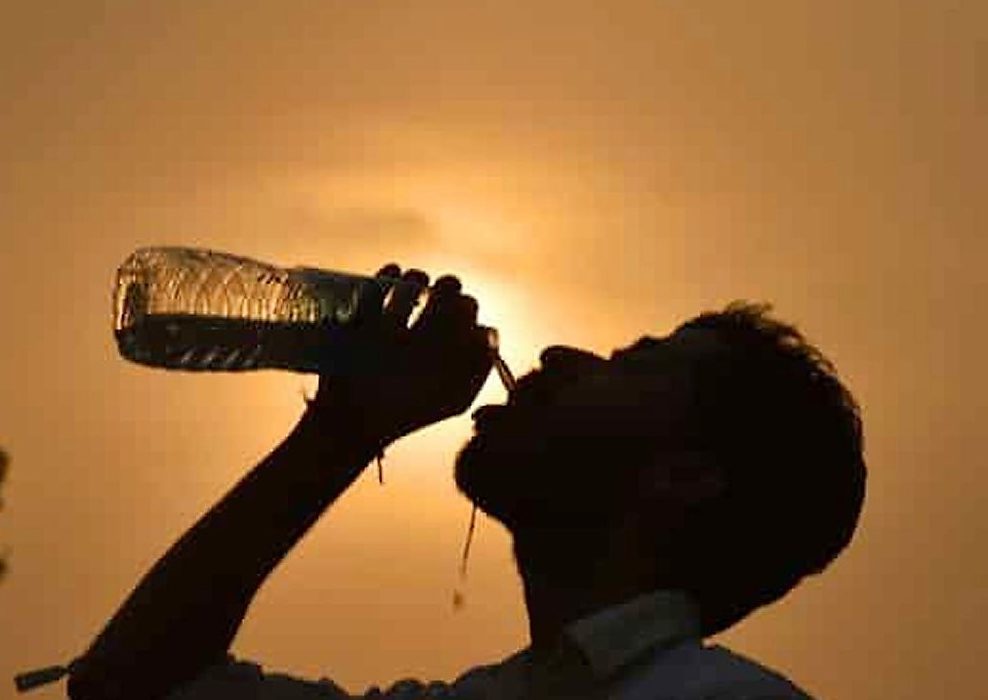 Educationist and researcher Doğan Yücel wrote about the climate patterns in Pakistan by adding his own experiences. He narrated how monsoon rains affect life and what methods people deploy to cool off in the desert heat combined with humidity.

In places with the monsoon climate, the monsoon rains start towards the end of June and continue until mid-August. Hot water pours from the sky, as if in a shower. Rains usually start in the afternoon and become as intense as if someone pours buckets of water from above. As if separated by an invisible curtain, one neighbourhood drenches under the rain while the sun shines on the other one. When it rains, you may especially see the poor come out with bars of soap in their hands and bathe in the rain water.

This period of heat and intense rain is also the time for cultivating rice. When the monsoon rains recede, the rice grows and is harvested in autumn. In October and November, sugar cane, mustard or different vegetables are planted. Immediately after the harvest of these, the planting of wheat starts to be harvested before the rains in May. Some tropical fruits, such as mangoes, also grow during this period.

Rooftops and terraces are the most favourite spots

In this climate, the heat in the shade hovers over 40 degrees during daytime for almost six months. At nights, the temperature drops only 5 to 10 degrees. This is why, it feels more comfortable to remain indoors during the daytime and outdoors after the sunset. Houses, which cool down until the morning, warm up again until the evening. For those who do not have air conditioning, the best spots for cooldown are on the flat roofs or on the terraces. On simple bedsteads called charpaye (literally: four feet), people sleep in the open facing fast-whirling pedestal fans. They also cover themselves with bedsheets to protect themselves from mosquitoes. Actually, after about 35 degrees, mosquitoes do not survive as well. 😊 One must come down from the roof and continue sleeping indoors with the first rays of the sun in the morning.

When the power goes out, if there is no generator or any backup power source like a UPS in the house, you start to sweat profusely. Before going to sleep, we used to take with us a 2-litre bottle of water from the freezer and drink the water as it melted.

Those who had financial means used to go the mountain resorts around Kashmir to cool off. As soon as the schools were closed, we would send our spouses and children to Turkey where it was cooler. Some friends would also go to the resorts in Kashmir with their families.

We experienced the coldest day of the last 70 years

Floods are commonplace in this climate. When you go out, you see the sun but, after half an hour, you may be caught in an overwhelming flood in your car. In Karachi, when I drove through a water patch of nearly one metre deep near the Exhibition Centre, the engine of my car was flooded and seized. 😊 Pakistan was severely damaged by the flash floods in 2010. Farmlands and villages were submerged for hundreds of kilometres as the embankments on the banks of the Indus river collapsed in several places.

In the winter months, the temperature rarely goes down to zero in this climate. Once in Lahore it was minus one degree. The next day, the newspapers flashed headlines as “The coldest day in the last 70 years.” This temperature in this humid and wet region leads to fog that blankets everywhere in winter nights. If you go somewhere in the evening, it may be necessary for someone to walk as a guide in front of the car on your way back. People do not usually travel at nights during this period. Moreover, when the temperature starts to drop below 30 degrees, you may some people wearing jackets, coats, or large shawls that look like blankets.

You get used to the constantly whirling ceiling fans!

The period between December and February annually is when almost all kinds of collective activities such as construction works, weddings, seminars and sports events are held in Pakistan. People from countries such as England and Canada mostly come to Pakistan during these months to visit their relatives. The common opinion of everyone who first comes to Pakistan in hot and humid summer months is that it feels like “suddenly entering a hot bath on a cold winter day”.

Pakistan’s heat gets so hot that you think someone constantly pushes needles into your skin. The whooshing noise of the fan rotating on the ceiling for 24 hours draws your attention in the first days. Later, you do not notice the noise at all! After a month or two, the hopes for the days when the fans will not spin diminish. There were times when we used to take showers three times a day while living in homes lacking air conditioning. You would not be able to wear the same shirt for another day.

Air conditioners are pre-set to 24 or 26 degrees

The ceiling fans in our school in Gulberg were far from the whiteboard and just above the students’ desks. During summers, we would be simply soaked in sweat while teaching. The first thing we used to do during the five-minute break was – if there was no administrative meeting or any visiting parent – was rushing to the vice principal’s room and cool off there. Sometimes when we stooped our heads while checking students’ homework, our sweat would constantly drip on the notebooks. Some friends used debit cards to wipe the sweat off their foreheads. 😊

Air conditioners were generally operated at 24 or 26 degrees. For anyone who hails from Turkey, this temperature may normally be considered as still hot; in Pakistan’s heat, stepping into a room cooled down to this temperature makes you feel as if you have stepped into a cold storage room. Multan is one of Pakistan’s hottest cities. Pakistanis fondly label Multan as ‘chota jahannam’ which means little hell or hell on Earth. Some even joke by saying, “The residents of Multan taste the Hellfire in this world, and they will not be treated to it the second time in the Hereafter!”

A third of the country is covered in desert

The desert climate is mostly seen along the Indian border in the east of Balochistan and Sindh. In this climate, summer temperatures reach up to 60 degrees. These deserts are a source of sand, especially for the big cities in Sindh. Sands hauled from the desert are sieved and used in construction. Sand is cheaper than gravel in Pakistan. In addition, these regions are Pakistan’s hubs for gas and oil. Almost a third of the country is covered by deserts where the population is very sparse. While there is almost no vegetation, in some regions with oasis features, dates are grown abundantly.

The third type of climate in Pakistan prevail the regions around Kashmir, where the highest mountain range in the world is located. There are many peaks and summits in this region, such as the K-2, the second tallest mountain of the world. While you travel from the southern coast towards north in Pakistan, you may not even come across a high hill for about 1,500 kilometres, until suddenly the Himalayan mountain range towers impressively before your eyes. There are snow-covered peaks all year round. The mountain ranges in the north of the Subcontinent are also the water sources for both Pakistan and India. All five branches of the Indus spring from these mountains.

Terrestrial climate fruits grow in places where the altitude is not high. Snowy regions stretch ahead of Peshawar and Islamabad. These places are full of hotels and hostels where people stay during summers. Most of the forest cover in Pakistan is at the outskirts of these mountains. The mountains are also home to many wild animals such as wild boar and snow leopards.

Since Islamabad is built on the edge of a mountain from the Himalayan range, it is common to come across wild animals which descend from the forests to scavenge garbage bins at night. During the hot summer months, Islamabad International Airport hosts climbers from Europe who come to scale Pakistan’s peaks.