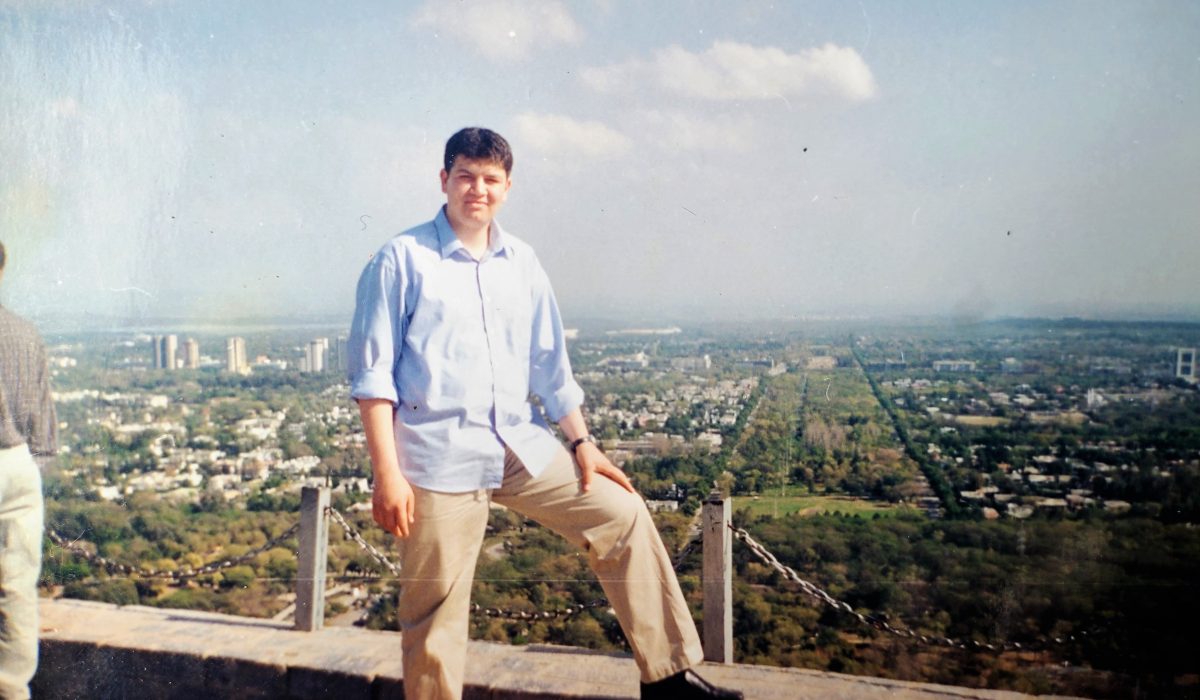 Education volunteer Taner Koçyiğit wrote about his life in Pakistan, where he spent 14 years having gone there even chancing to sell vacuum cleaners for the sake of ‘Hizmet’ if necessary. In the second part of his memoirs, he told us about his arrival in Islamabad, the surprise he gave to those who had been waiting for him and how he went to Attock, his first place of duty.

When I reached Islamabad, I passed the exit gate of the airport terminal through a corridor lined by ropes of about 20 metres in length. Later, I managed to steer clear of the people who shouted “Taxi!” and tried to grab my bag. I started looking for Mr. Ramazan who was waiting for me. However, I could not succeed finding him. I had neither a number nor information about the appearance of the person who would meet and greet me. I was approaching everyone I thought might be waiting for me and was passing them by looking into their eyes …

I was hoping that each person I approached would be Mr. Ramazan, but I could not find him despite repeated trials and errors that took about an hour. There was hardly anyone left in front of the outdoor reception area. Why then, I passed in front of a person three or four times to see if he was waiting for me. He was looking at me too but was not reacting at all. Finally, I could not stand it and asked him in Turkish, “Are you waiting for someone?” The reply “Yes” I heard at that moment was as valuable to me as my wife’s “Yes” to me years later during our marriage.

Mr. Halit showed up with a breakfast tray

Mr. Ramazan and I immediately headed towards a car that seemed very small. I said under my breath “Hopefully, ours is not that tiny red car!” because it seemed impossible to get in that car with suitcases since we were both over 1.90 metres in height. Somehow, we fit into that tiny car. In a humid and hot weather, we drove towards the head office of the PakTurk Schools. Along the way, I looked around with admiration. I could feel the excitement of having arrived in my new place of duty.

After resting for a few hours in a room at the head office, I went out. While I greeted and chatted in front of my room with a local employee who introduced himself as Ali the Tea Boy, the door of the upper floor opened. I looked up, Mr. Halit Esendir was bringing breakfast in a tray. He asked, “Where’s Mr. Taner? Is it he inside?” He was surprised when I blurted, “It is me!” Mr. Halit asked again, “Is that you?” and I replied, “Yes, it’s me.” “Let’s have breakfast, then,” he said as he entered my room. He placed the breakfast tray on the floor and we had breakfast together.

They expected to receive a solemn and experienced teacher

At that moment, I realized why Mr. Ramazan had seen me repeatedly for an hour while waiting at the airport, but had not been able to realize why I had not been “the awaited person”. Both Mr. Halit and Mr. Ramazan were waiting for a well-dressed and solemn teacher, but they were quite surprised when they met a young man resembling a high school student. I think the reason for that was what we had been through during my phase of arrival in Pakistan. Several times a day I e-mailed to someone in Pakistan and reported almost my every move. The person with whom I was in contact provided information to the school administrators at the meetings, saying, “Mr. Taner is here, Mr. Taner is there…” As such, the school administrators expected to meet an experienced, old-headed person. My name had been mentioned so much frequently that at the end of a meeting some people even said this: “Brother, who is this Mr. Taner? How important is he? A family arrived recently and you told them ‘get in a taxi and come here!’ 😊

Mr. Halit tells the story as follows: “First of all, Mr. Taner proposed he should work with us. However, we did not have the means to hire new teachers due to financial crunch. When Rainbow, a cleaning solutions company, was advertising for people to work for them in the overseas, we guided him there to seek a job opportunity. When he was not offered any position and our friend kept on insisting, we finally accepted his request to come to Pakistan and work, saying, “We will send him to Attock and assign him a duty there.”

They decided to send me to Attock

During the breakfast, Mr. Halit told me I would not be selling vacuum cleaners, but would be working as a teacher. He added that my place and manner of duty was still not certain. He told me to wait for a couple of more days for that. Since they had expected me as a highly-experienced and older person, they had decided to send the incoming teacher to the communal school in Attock. However, all in all, who they met was a fresh university graduate resembling a high school student. Secondly, Mr. Halit must have thought I had been one of the fresh overseas university graduates who had previously visited the company for marketing vacuum cleaners or he must have thought I was an altogether different Taner. 😊 When it was predestined for me to stay in Pakistan for 14 years, all causes had aligned.

11 days after my arrival in Pakistan, he told me we had a school in Attock and that there were no Turkish personnel crewing that institution. He said they had decided that I would work as the administrator, teacher and guard of the school. Since I had come in having agreed even to market vacuum cleaners, I never asked about the difficulties or downsides of the task. Even if Mr. Halit Bey had talked about it, I did not hear it.

Later, around the beginning of April, I hit the road under the guidance of Mr. Sadullah to reach Attock via Peshawar. We stayed for a couple of days in a house on a street opposite the Gul Haji Plaza in Peshawar. The house had a banana tree in its courtyard and the food was cooked and served by a Turkmen cook. I was sleeping on the top bunk bed near a constantly turning ceiling fan. I always laid my head on the pillow fearing I would somehow hit my head to the fan.

Where am I? What will I do here?

Later, in a taxi and accompanied by Mr. Osman and Mr. Sadullah, I started the journey to Attock. On our way, we had our meal at a riverbank restaurant which served fried fresh fish and treated us to a picturesque countryside view. When we arrived in Attock, it was already evening. Before returning to Peshawar, Mr. Osman and Mr. Sadullah left me at a school with only seven rooms. In one of the schoolrooms, four people was staying. I was placed as the fifth resident in that room.

In that night, when I placed my head on the pillow, many questions flooded my mind: “Where am I? What will I do here? Will I be able to work as an administrator without having worked as a teacher at all? How will I be able to stay alone? Who are these four people in this room?” and many more. Thinking about these all, I fell asleep. Little did I know: With the dawning of the next day, I would be able to learn answers to all those questions.