I’m a teacher; I teach Maths and I sow the seeds of love 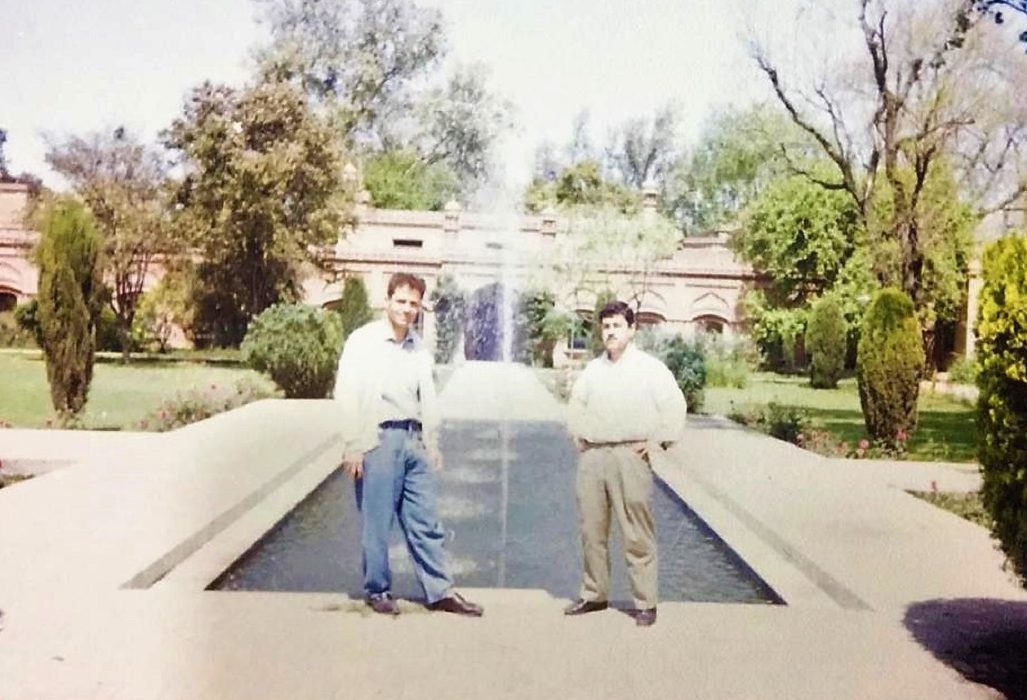 Educationist Sadullah Bayazit wrote about the emigration of Abdülgani Gülmez, whom he met while going to Pakistan in the 90s and found – in a sense – a “soulmate and a friend in fate”. In the third part, Bayazit describes the short period they spent in Islamabad and their shift to Peshawar.

After a short domestic transit stopover in Karachi, we reached Islamabad, the city where our university was located. We encountered a spell of monsoon rains. During our first days, we toured the city and liked the environment … It was lush green with myriad types of plants and trees. Scents emanating from the plants after heavy rains affected us very much. We were never used to such an intense aromatherapy. Our lungs were virtually rasped by the scent of a certain plant which considerably shook us.

The city was extremely orderly… It was meticulously planned true to the slightest details of its blueprint. Islamabad… The amalgamation of architectural beauty with the natural lush-green outskirts of the Margalla Hills generated an immensely sweet place of residence. Our accommodation had already been arranged: We would be staying with some friends who had arrived from Turkey two semesters ago. Since all students had an intensive study program at the university, we had an Afghan cook to prepare and serve the food. Our friends had taught him to cook a variety of dishes compliant with Turkish tastes.

Friends who had arrived earlier envied us!

In those years, there were about 130 Turkish students who had come from Turkey to study at the Islamabad International Islamic University. Every day we got used to one another and the environment a little more. When we arrived, we could barely reach the last days of the mango harvest. We had been fortunate to be able taste mango in our first year, albeit once, and we liked it very much.

Having friends from the senior batch was comforting for us. Since it was our first time abroad, we faced serious troubles in terms of language, but friends were always there to help us. I thank and greet each of them once again.

A month after completing our admission in the International Islamic University, our classes started. Due to that swift start, our friends in the senior batch envied us and teased us, “How nice! You arrived yesterday and have started the school today!” Our friends had first arrived in 1993 and managed to take admission in the University only after spending an entire year for learning the language. No doubt, they were sad to have waited long and experienced difficulty in the past. Friends who arrived after them were also not immediately been able to take admission in the University. They too had to spend some time for language education. Our swift start to the University only a month after our arrival was the talk of the town. 😊 I would comment on those beautiful developments by saying, “That is simply because of my travelmate Gani (Abdülgani Gülmez)’s abundance.” Days continued passing with Gani’s abundance.

Come February 28, and we had to shift to another university

All praise is to Allah, we managed to receive much abundance from Mr. Gani’s treasury. It will be injustice to discuss with only a couple of words; so to say, he would assist many people on every single day in a perpetual manner, no different than giving out sadaqah jariyah – the ongoing charity one gives in life that continues to provide charitable benefit to its recipients and divine reward to its giver after its donor passes away from this life. His much-cherished modesty, humble attitude, positive outlook towards issues and his helpfulness essentially won him the love and respect of people. As I saw and was treated with these beautiful qualities, I understood that Allah Almighty had richly bestowed us with His grace. Having left my family and all my loved ones behind, I had migrated to a foreign land not knowing what and whom I would meet… and under those circumstances, I shared the same destiny with someone special like Abdülgani.

At that time, I thought I was immensely privileged and time has proved how true I was. My late father had a unique parting expression which he used to say while saying goodbye to someone leaving: “May Allah make you meet decent people at all times.” I always thought I had attained the consequence of this prayer.

After attending to the University for a couple of months more, Turkey entered the political period notoriously known as the ‘February 28 phase’ in 1997. As a consequence, the equivalency of the Islamabad International Islamic University was annulled in Turkey and we had to shift to another university. After completing the English prep school, I and a friend moved to a higher education institution in Peshawar which accepted us to continue our education without losing any year.

After a short separation, we reunited in Peshawar

I had to part ways with Gani at that time, but that separation should not have lasted long! I would not do without a friend like him in Pakistan. In those days, he had left the Islamabad International Islamic University and started to attend to a degree program in Statistics and Mathematics at the FG College for Boys in Islamabad. In 2000, he came to Peshawar. He had already completed his compulsory courses, but he would prepare for his make-up exams in Peshawar and sir for them in Islamabad. No doubt, that was quite tiring for him. He had to shuttle between the two cities and cover 300 kilometres at each time. Our house in Peshawar was different than the one we had in Islamabad. We did not have any cook. We cooked in turns and shopped for the groceries all by ourselves.

Meanwhile, of course, I and Gani travelled to and from Turkey by road for visiting our families during the summer vacation. We also met each other’s families. I had visited him in the summer of 1998 and come to know about his brother’s wedding. He had been very happy due to my visit. I had eaten the most delicious dolma (stuffed vegetables) with olive oil at his home. Never again in my life and anywhere else could I taste such delicious dolma. His generosity of spirit was perpetual. After graduating from the university, he had to wait for almost six months in Turkey to have his Pakistan visa renewed.

Second Part: We got to know all trees in the Kuğulu Park while waiting for the Pakistani visa!