Educationist Hüseyin Yılmaz: I miss our Pakistani ‘elder brothers’ the most 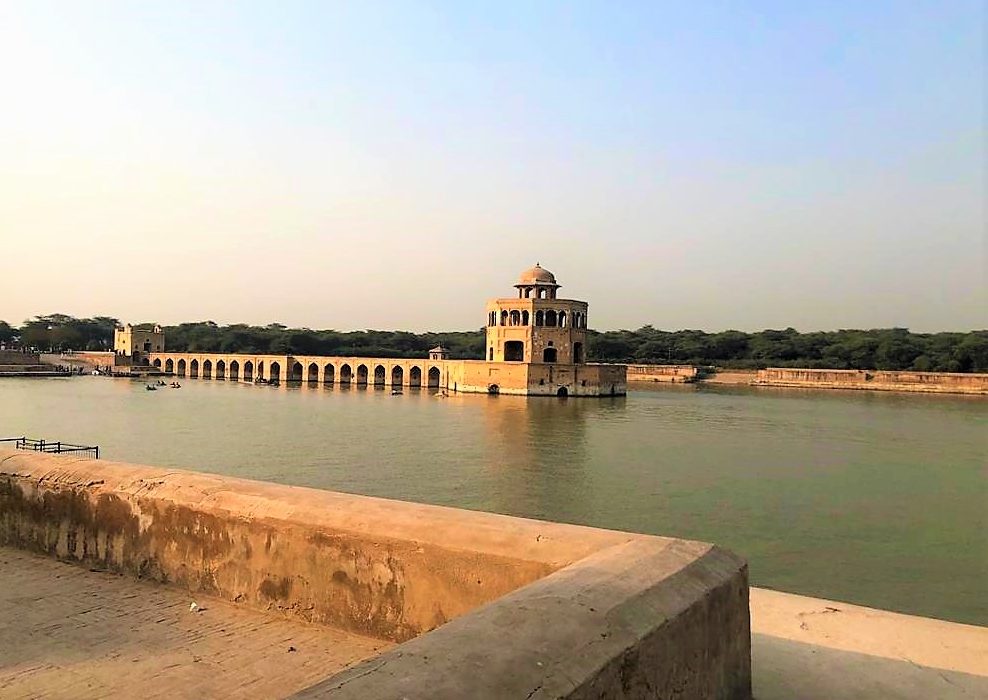 Researcher Doğan Yücel wrote about the Turkic ruler Jahangir Shah’s keenness for hunting and what he did in the region that now remains within the borders of Pakistan to cherish the memory of a deer he had killed inadvertently.

Sheikhupura is a city between Lahore and Faisalabad (formerly Lyallpur). It is 80-90 kilometres and about two hours away from Lahore. Sheikhu was one of the sons of Akbar Shah, the ruler of the Mughal Empire. Sheikhupura means ‘the city of Shehu’ after his name. Sheikhu was reportedly a prince who was fond of elegance and entertainment. The great Turkic ruler Sheikhu, or better known as Jahangir Shah, who was the governor of this city, built a pond to cool off on hot summer days. However, this place became famous for its tower. Hiran is an Urdu word meaning deer or gazelle in Turkish.

Sheikhu also kept deer and gazelles around. He was occasionally arrow-hunting the deer which would come down the ramp to drink water. On one occasion he inadvertently shot a deer he had named ‘Mansiraj’. He commissioned the building of a 110-metre-high tower to be the example of his sorrow for this deer which he loved very much. Part of this tower is in ruins today. This historical park, which is now entered with tickets, is surrounded by brick kilns. No doubt, the smoke from the kilns spoils the view. The park, together with its pavilion and tower, has been on the tentative list of UNESCO World Cultural Heritage since 1993.

The minar or tower, built of brick, is circular and tapers as it rises. On the outer surface of the minar, there are 210 square holes prearranged at regular intervals and in groups of 14. Inside the minar is a spiral staircase consisting of 108 steps. Next to it, 11 openings with rectangular arches let air and light. The minar is segmented into six floors at different heights. The outside and inside of the minar is covered with flower figures, calligraphy inscriptions, fresco paintings and lime plaster. Thick lime plaster applied to the surface of the lowest floor is divided into high relief decorative panels or arched niches and horizontal bands. The height of the tower is 110 metres.

Opposite the great minar on the east side, there is a passageway to the octagonal Baradari built in the middle of the pond. There is a square mansion with an entrance door at every corner of the Baradari. The shape of the pond is rectangular, some of the both sides are ramps and walls. There are four ladders with eight steps on each side. During the reign of the Mughals, a channel was opened in the Aik stream and connected to the pond from the north-west corner; In addition, an elaborate system was been designed to fill the pond with rainwater.

The main entrance of the Baradari is a rectangular gate with a pointed arch surrounded by four similar but smaller openings built on top of each other. There are two platforms inside the entrance. The interior walls are decorated with recessed niches, and the lower part of the dome-shaped ceilings is decorated with honeycomb. The outer and inner surfaces are plastered and decorated with fresco paintings as usual.

A passage standing on 21 pointed arched columns connects the main Baradari to the outer passage. In the middle of the passage is a square shaped crown door platform. An octagonal platform with a low parapet wall was built in the middle of the pond. On the platform stands the beautiful Baradari in the same plan. The Baradari was built in 1620 by the order of Emperor Jahangir Shah to be used as a royal residence.

We used to go to this park for picnics, especially in the winter months when the weather was nice. An acquaintance from the Sheikhupura Provincial Municipal Council would host us during such visits. With his reference, the park officials once or twice opened the upper floor of the mansion in the middle of the 270-metre pond, which was out of bounds for the tourists, and showed us around. There are tuck shops and some park toys for the kids. For taking short tours of the pond, there are boats next to the colonnaded path leading to the mansion in the middle. As families, we used to board on those boats in return for a fee. This and the opposite part are built in the form of an inclined ramp. In the evenings, we would simply savour the view where the trees gently wavered along the sparkling pond with a crimson dusk sky as the backdrop.