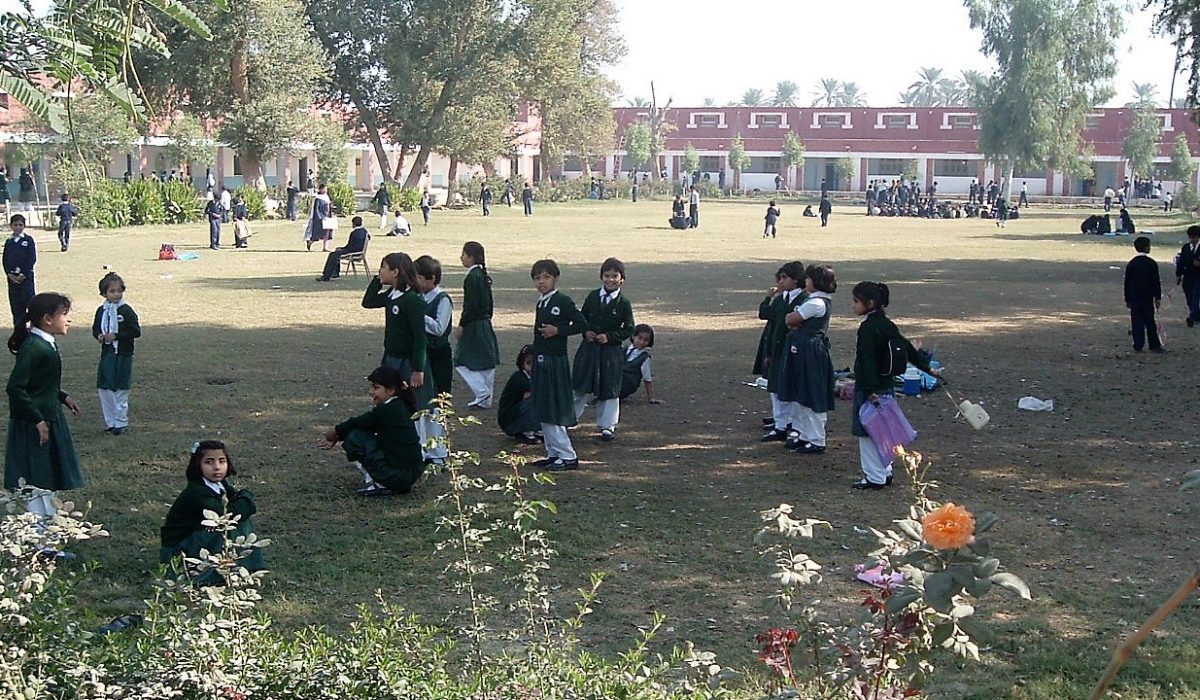 Educationist Sadullah Bayazit continues to narrate the opening process of the Turkish School in Khairpur Mirs in the sixth part of the series in which he writes the ‘life in emigration’ of his ‘friend-in-fate’ Abdülgani Gülmez. In this part, you will read in Mr. Abdülgani’s words the things happened during the repair and renovation of the school building and the appointment of the first principal.

Abdülgani Gülmez narrates his moving to Khairpur Mirs and his experiences as follows: “In January 2002, I travelled from Lahore to Sukkur with Mr. Ali, our foundation’s consultant. We got off the train in the night and were received at the train station. We were taken to Mr. Ali’s paternal village to stay there. The village had a guesthouse and until finding a place for myself in Khairpur Mirs, where the prospective school was located, I settled there. On the next day, we went to Khairpur Mirs and took a tour of the school building leased to our foundation by the local government. We visited the local administrators at their offices and introduced ourselves to them. I was also introduced to a young man named Rajab, who was tasked with assisting me in preparing the Khairpur Mirs school building on time. He was to assist me in everything related to opening the school’s doors to education. Neither of us had a car. In the mornings, we used to hitchhike from the village to the nearest town either on a motorcycle or a horse cart, depending which one showed up first. From there, we would take the bus to Khairpur Mirs. In the evenings, we used to take the last bus from the city to return to the town and to the village on the same route by hitchhiking. At times, we would hitch a ride to the town as two on the pillion of a motorcycle. There were days when we used to hop on a horse cart to reach our destination.

I had to stay somewhere in Khairpur Mirs to be able to follow up and expedite things. I applied for a permit to stay in the Khairpur Mirs Municipal Guesthouse. The officials consented and I moved there. Soon, they told me that a family from abroad would be arriving to attend to a wedding function in the city. After staying at the municipal guesthouse for three days, I went back to the village to stay in the guesthouse which consisted of only one room and a WC cabinet in the courtyard.

The villagers were talking about me: ‘Angrezi is here!’

In the evenings, Mr. Ali’s father used to bring me dinner from his home. In one of Pakistan’s hottest cities, I did not even have a place of my own to comfortably take a bath. I was able to bathe in the public baths operated by the barbers in the town only. When needed, I washed my clothes in the spouting water from the hand-operated suction pump in the courtyard. The villagers used to follow my every step very closely. They called me Angrezi (the word the locals used for the British or the foreigners in general, almost similar to the way the Ottomans called the foreigners from the West as Frenk.) All over the village, they used to announce my arrival to one another by saying, “Angrezi is here!” Even my habits of changing clothes and brushing teeth before going to bed made the rounds among the villagers. Sometimes, neighbouring villagers invited me to treat me to local food and refreshments. The villagers were very keen to know more about me. They chatted with me and celebrated the joy of having known a foreigner. In winter temperatures of 20-25 degrees, I continued shuttling between the village and Khairpur Mirs for almost a month.”

We wished to renovate, but they would not vacate the building!

The place to open the school is a large campus where – in addition to a district education office – two schools, one pre-school and one primary school, operate as well. The teachers of the public school across the road are accommodated in the campus premises as well. At a corner of the campus is a mosque with the annexed residence of the imam. Employees from another government agency also use another part of the campus. Under these conditions, the wing allocated for the Turkish school must be repaired, but nobody wants to vacate anywhere. This is why, repair and renovation works are postponed daily. In the meantime, a pledge has already been made to the city authorities that the school would be ready for education in April 2002.

In order not to dishonour this pledge, Mr. Abdülgani keeps constant contact with the city officials and requests their assistance to solve the complications. Eventually, the local people realize his helplessness and, sympathizing with him, they not only evacuate the required parts of the campus but also help him. At first, repairs such as paint and whitewash are carried out to make three rooms ready on the campus. One of the first tasks is to rebuild the toilet walls and have their doors installed. Mr. Abdülgani moves in immediately after the vacation of the single-room imam’s residence in the mosque’s annexe, but he has nothing with him that may be counted as a household item. This vacated room becomes Mr. Abdülgani’s lodging.

Let’s listen more from him: “The place which we called as lodging was a room large enough to place only two single beds, a narrow platform that may partially be used as an open-air kitchen, a WC located in the far outer courtyard of the school without any water connection, and a cabin where one could pour water on oneself for a shower. We needed bedding, kitchen utensils and some other things to use there as a residence. I did not have money and there were no household items in sight as well. There was no one else working there other than myself and Rajab. We had an entirely empty room at our disposal. The people living in the area were not angry with us due to their eviction from the campus. On the contrary, they brought us two ‘charpoys’ (local portable woven beds on metal frames).

Since we did not have the financial means to purchase household or other items, we were impatiently waiting for the arrival of the extra items that were not used in the PakTurk School in Quetta. The items finally arrived on a truck. We were very happy when we found two proper beds in the cargo and we immediately returned the charpoys to their big-hearted owners. When the former imam’s residence was finally ready, Mr. Miraj, who was the deputy principal of the PakTurk School in Karachi, came to Khairpur Mirs as the founding principal.”

The visiting school director gets appointed as the principal!

Mr. Abdülgani narrates the hustle-and-bustle of those days as follows: “We were two single colleagues in Khairpur Mirs. In the beginning, I had been the only Turkish national there with no one else around speaking Turkish. Recep’s house was in the village and I did not have a residence of my own, for sure. From dawn to dusk, I had to rush after the painters, the electricians, and the carpenters; I had no time to spend on cooking.  Moreover, we also did not have any proper place to use as a kitchen. That was why, I and Brother Rajab would generally have one square meal a day. As the second ‘meal’ of the day, we would make do with milk tea and some bite-sized samosa or biscuit-sized sliced cake we used to buy from a tuck shop. There was a roadside restaurant named ‘Gharib Nawaz’ where we used to have our supper or dinner. It was a food joint where we would settle on the charpoys and eat chana (mashed chickpea stew), daal (spicy lentil paste) or spicy chicken karahi. Since that restaurant lacked chairs and tables, customers would sit cross-legged on the charpoys and so had their meals. Sometimes, some friends used to visit us and we would treat them to the menu at the Gharib Nawaz, because there was no better restaurant.”

Part Five: How was the Turkish School in Khairpur Mirs Opened? (2)