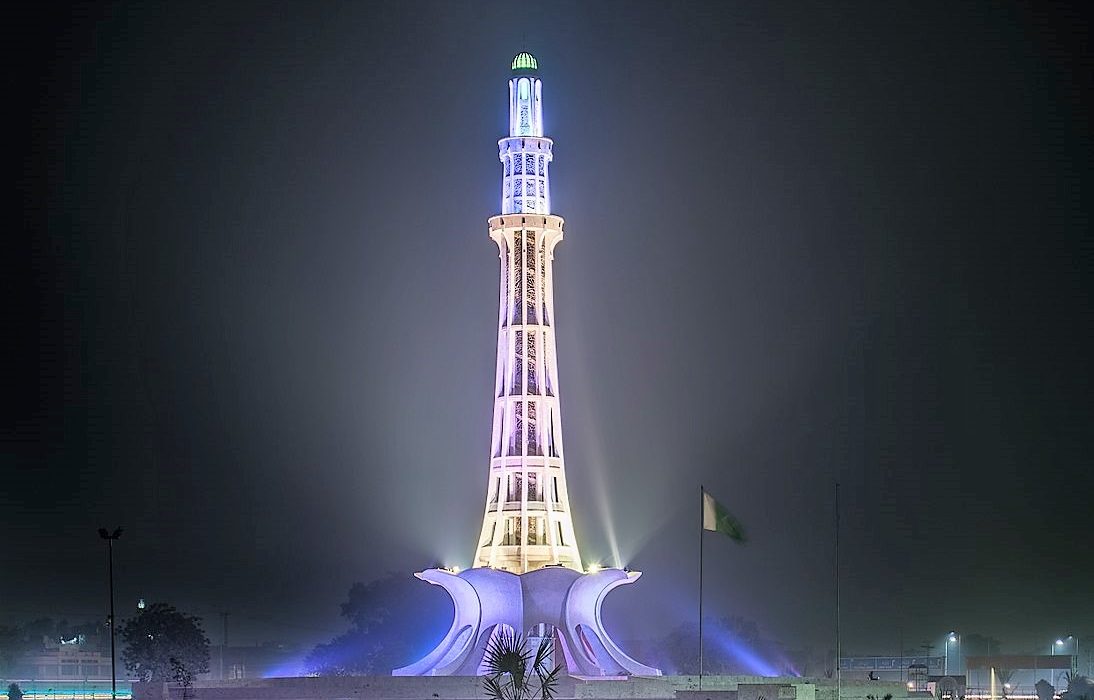 Researcher Doğan Yücel wrote about the popular parks and recreation areas in Lahore, Islamabad and Karachi by adding his own experiences.

Changa Manga: Lahore metropolitan area and the Punjab province in general span over green and fertile lands. However, there is almost no natural forest in Punjab. In some regions, there are woodlands similar to groves. As a planted or man-made forest, Changa Manga is one of such woodlands in the south of Lahore. We sometimes used to take our students there. We also used to go on picnics with our families, especially during the winter months when the weather was nice. It is really beautiful there.

Model Town Park: It is a fairly large park in the middle of Model Town in Lahore, which can be visited in return for a small amount as the entrance fee. We used to picnic or play football there. We had a fixed place where we sat almost every time we went there. We used to sit in the illuminated spots in the evenings. In the daytime, we used to go there before the dusk when the heat subsided a little.

Minar-e-Pakistan: It is located in the eastern side of Lahore by the Ravi River where the Old City was founded. It is opposite the Shahi Qila, now known as the Lahore Fort. Minar-e Pakistan is in the middle of a large park which was once known as the Minto Park. You can reach to the top observation terrace of the tower with an elevator. Minar-e Pakistan and the park where it is located bear great significance in the history of the country. During the Battle of Tripoli fought in 1911 by the Ottoman Empire against Italy, Allama Iqbal addressed to a large congregation from a high platform erected in this park and appealed to the congregation to support the Ottoman effort with their donations. Later, between 1960 and 1966, Minar-e-Pakistan was built on the venue of that historic address also to commemorate the 1940 Pakistan Resolution. The park where the Minar-e-Pakistan stands also hosted important meetings during the independence process of Pakistan.

Bagh-e-Jinnah: Located on the Mall Road, it is Lahore’s most central park. It has tennis courts, hiking trails and restaurants. It’s pretty large and is like the botanical garden where a wide variety of trees and flowers are planted. There are man-made artificial hills and we used to picnic under a big tree on one of these hills and play football around it on weekends.

Defence Park: It is a small but very neat and beautiful park in Defence Housing Authority district.

Nehru Park: It is the park of Islampura district, formerly known as Sanat Nagar. One of the PakTurk branches was adjacent to this park. When we were to sacrifice animals on the Eid al-Adha, we would first attend the congregational Eid prayers in this park and later supervise the slaughtering of the sacrificial animals. It is a pretty large park.

Lahore Golf Club: It is a park admissible to the members of the golf club who pay an annual fee. Although rarely, we sometimes dined at its restaurant during some functions.

Lahore Club: It is located close to the Wagah Border. It is perhaps the most beautiful park in Lahore with the most exquisite facilities. We held a few functions in its restaurant.

Sozo Water Park: It is at the exit of Lahore urban area, close to the Wagah Border. At times when it was hot, we used to take the Lahore PakTurk students and treat them to different rides for their entertainment. We would also have picnics there.

Daman-e-Koh: It is a viewing point and hill top garden located at the foot of the Margalla Hills on the west side of Islamabad, close to the Faisal Masjid. We would be able to climb there in cars. It took a considerable time to trek there. It is an exquisite experience to watch the city from there especially in the evening. The name Daman-e Koh roughly translates as the ‘lap of the mountain’ denoting a foothill. It is one of the most popular parks in Islamabad. Since it is at a higher altitude than the city, it is usually breezy and even windy in the evenings. The hill top garden is built into the natural forest on the mountain.

Murree: It is a popular hill station close to Islamabad. We used to take our students to show them the snowfall because it was the closest place in our region which received ample snow during winters.

F-7 Japanese Park: It is close to the Faisal Masjid. It is pretty large. We used to go with our families and spend time there during the Eid. It also has children’s parks and other recreational spots.

F-9 Fatima Jinnah Park: It is the largest and the most orderly park in Islamabad. Spanning an area of 759 acres which is only a bit smaller than New York’s Central Park, Fatima Jinnah Park actually covers an entire sector (F-9) of the city. It has every amenity that a park needs to have.

Shakarparian and the Rawal Lake: Shakarparian is a viewing point on a hill in a forest area located close to the entry of Islamabad Capital Territory, known as the Zero Point. It is not as high as Daman-e-Koh but has a public library, picnic areas, a memorial forest where the foreign dignitaries plant trees, the Pakistan Monument and Museum of National History, an open air theatre, and some other amenities. Rawal Lake is actually a dam reservoir formed by channelling some streams into a lower basin. After the relocation of the PakTurk Boys Section to Chak Shehzad, we started having picnics near the Rawal Dam Reservoir. It is a place a little far from the city centre and has several summer huts too.

Seaside Promenade: In the afternoon, the weather gets better at the beach before the tide rises. There are vendors who rent horses or camels and who make weasels, monkeys or cobras dance to tunes. People take off their shoes and take walks along the beach. PakTurk School in Clifton was very close to the beach so it would be nice to go out and walk there in the evening. We used to take our guests from Turkey to the beach and pep them ride on horses or camels. Sometimes when there were visitors from Turkey, our Pakistani businessmen friends would host them in their villas on the beach or in boat restaurants. However, it was not allowed to swim in the sea because the water was not clean.

Jinnah Park: This park, where the mausoleum of Muhammed Ali Jinnah is located, is pretty large. We used to take our guests to visit the mausoleum which stands in the centre of the park on an elevated ground. Our residences were far from the Jinnah Park.

Karachi Golf Club: It is a fairly large park on the east side of the Karachi beach and on the edge of the port. It has golf courses, restaurants, and lodges. People are admitted in return for an annual membership fee or as guests of a member. We attended to some iftar programs that were held there.

Sozo Water Park: Since Karachi was founded near the edge of the Balochistan desert, it has arid and somewhat desert terrain. The soil near the sea is quite salty. This is why, there is no natural park in Karachi, unless you do not count a few man-made parks and reserves. When you travel 20 kilometres from the sea to the inland, it becomes breezy and gives you a comfortable feeling. The climate changes once again as you travel farther. This is why, in that zone by the exit of the city, there are private parks or farms where people can have the means to have picnic and fun.

Sozo Park was the one we used to visit the most. In this park, there is a zoo with many animals like lions, pelicans, crocodiles and bears, besides well-organized picnic areas, several playgrounds and pools. Sometimes we would go there with our families or we would take our friends who were visiting Karachi and have picnics.

Gulshan Park: We used to live in Block 7 where the first primary school of the PakTurk Schools was opened in Gulshan-e-Iqbal. We had a small but very beautiful park in our neighbourhood. There were arcade machines, park toys, free-range zoo animals, and a walking track. When the weather was pleasant in the evenings, we used to go there with our children.

Safari Park: It is located in Gulshan-e-Iqbal where our schools and residences were located. It has an artificial lake, a cable car, a zoo, a children’s park and similar other amenities. We used to take our guests from Turkey there and get them have a ride on the cable car and rappel down on a wire. It is admissible with a nominal entry fee and you can visit with your family.

Pakistan Navy Museum: In this park which is located in Muhammed Ali Society, former navy ships and submarines are exhibited with several navy equipment. It has amenities like a restaurant and gyms. It is a beautiful and orderly park and it is not so large. We held some of our iftar and dinner functions at the restaurant of this park.

Pakistan Air Force Museum: It is the most popular public museum in Karachi. It is located at a wing of the Pakistan Air Force base that faces one of the main arteries of the city. Among the exhibits are former fighter jets, helicopters, simulators, aircraft engines, and some air force weapons. People are admitted in return for a nominal fee. There is an attractive gift shop besides small trains on the rails for children, playgrounds and a central restaurant. It was one of the spots where we always took our guests in Karachi.

In addition to these remarkable parks and promenades, there are several other private and public parks in Karachi including the Tennis Club Park and the Rotary Club Park.