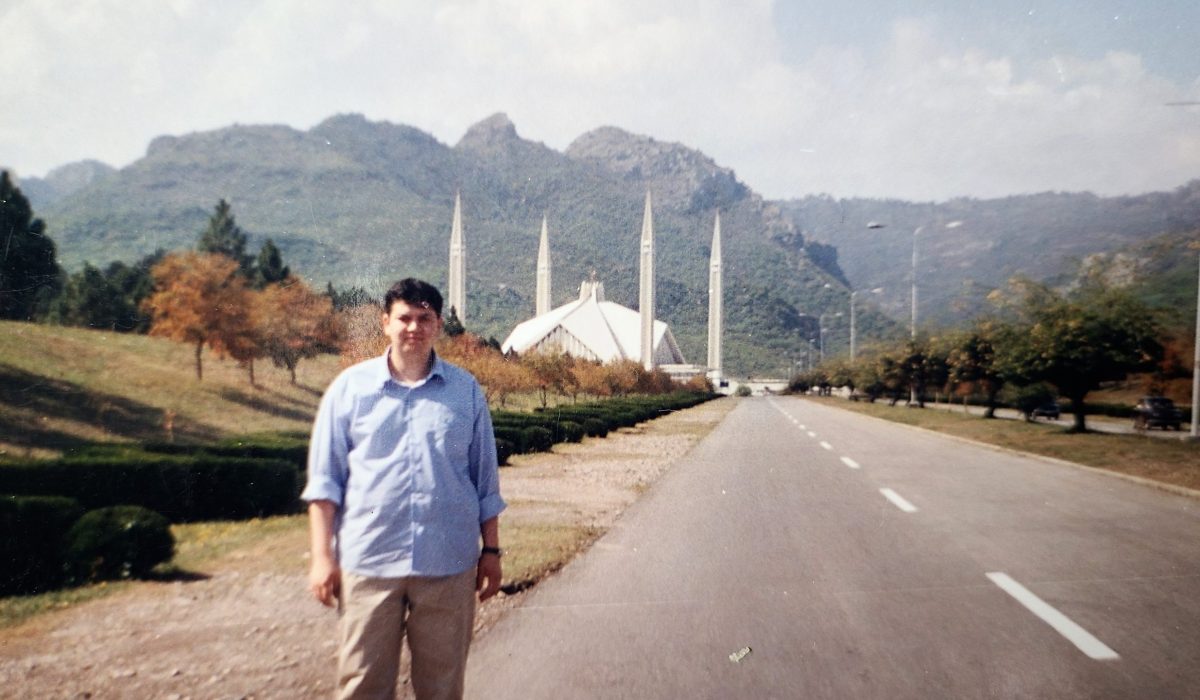 Education volunteer Taner Koçyiğit continues to narrate stories from his 14 years in Pakistan. In the sixth part of his memoirs, he wrote about his departure from Attock and the workshop he attended while waiting to be appointed to his next place of duty.

In our Attock school, almost all of the students were the children of the Afghan immigrants, so dozens of them would return to Afghanistan monthly. On the other hand, new students were taking admission in the school too. Due to that circulation, no steady progress could be maintained in education and guidance-and-counselling activities. This had brought the closure of our school in Attock on the cards. If that happened, I and my colleagues would sojourn in Islamabad until the announcement of our next place of duty. Consequently, after living and working in Attock for a total of ten months, I returned to Islamabad to wait there.

Why did we wait for two months? Because the new academic year had not yet started and our arrival in Islamabad had coincided with the advent of the holy month of Ramadan. Moreover, since most of us were fairly fresh-inductees to the profession, we were asked to spend the holiday season with seminars and professional training classes. Most of us had graduated from the overseas universities. At that time, Turkey had also revoked the equivalency of the overseas universities where we had studied. What’s more, it was difficult to find teachers from Turkey who could speak fluent English and be ready to teach abroad.

During those two months we stayed in Islamabad, we also spent the holy month of Ramadan there. Since it was our first Ramadan in Pakistan, those days left a distinctively lasting effect on each of us. The way we personally experienced the tarawih prayers that lasted more than two hours, tasted from interesting iftar menus which we had never tasted until then, and of course explored the days of i’tikaf, which we had only heard but not experienced until that time, made that Ramadan very unique.

Have we been burdening the Hizmet?

In order to make the best use of those days of academic retreat, workshop courses and seminars were delivered to colleagues who would be appointed as English teachers. An English teacher colleague who had graduated from the Hacettepe University had just arrived from Turkey. He took care of our academic and professional development for a while. We would write daily essays, compare them with one another, find our mistakes and try to correct them. We used to stay as five or six residents on separate bunk beds in small rooms. We also had senior teacher colleagues who used to call us “Valiant Bunk Boys”. The two-month period we stayed in that dormitory proved very informative for all of us. We both took lessons from experienced teachers and had the opportunity to know the country better before moving to our new places of duty.

The longer those workshops became, the longer the days seemed. Each day was a challenge in psychological sense. While the wait for our new appointments prolonged, we occasionally plunged into the thought, “Have we been burdening the Hizmet and the schools?” We were envious of our colleagues who were active in teaching.

It proved to be a milestone in our lives

On one of those overwhelming days, I suggested to my fellows we should meet the director general of the schools. We visited the Director General at his house to say “If we have been burdening the Hizmet so far, let’s take care of ourselves and even return to Turkey if necessary” because a month and a half had already passed after our arrival in Islamabad and we felt we simply passed time under the title of ‘professional training workshops’. When the Director General received us at his home and made remarks on our issues, we became very relieved. We all remember that evening as one of the turning points in our lives.

In those days lived in a beautiful environment, we were also busy in some social activities. Once, Mr. Harun had arranged an AstroTurf football match against a team including some staff from the Iranian Embassy in Islamabad. Football is almost unknown, as everyone generally plays cricket in Pakistan. Football players are almost exclusively foreigners in the country. We would sometimes make match offers to the personnel of the international schools or foreign missions in Islamabad for a change. Sometimes they offered us a friendly football challenge. There were also Azeri personnel in the Iranian embassies and consulates in Pakistan. Since some of them knew Turkish and some of our friends also knew Persian, we would sometimes unite in playing matches.

An AstroTurf football game with the Iranian Embassy personnel

When we arrived for the match, we realized the rival team had arrived with its fans and the players had stepped into the field to have an absolute victory instead of having fun. Mr. Harun, who had also arranged that ‘friendly’ match, gathered us around himself before the game and made a short speech: “Come on guys, let’s be calm, these are our brothers. Let’s not play hard on them and not even raise our voices! Let’s have the thrill of the match and consider it as a means of dialogue with our opponents.” Nevertheless, the Iranian opponents played so rough that the match had to be repeatedly stopped. The atmosphere become tense due to the relentlessly harsh fouls they made during the first half.

Having heard the rash words uttered against us at the end of the first half and personally experienced the harsh treatment on the field, Mr. Harun gave us a brand-new pep talk: “Dear friends, let’s use all the might Allah has bestowed on us and drive forward. Let’s not allow our rivals to crush us. Please forget whatever I had said to you before starting this match. Let’s win this game!” At the end of the match, we were beaten 3-2. Yet, more than the game itself, our opponents’ pompous celebrations after each goal and their harsh fouls remained with us as indelible memories. 😊

Part Five: ‘Wrangling the escaped cattle’ and the first Eid ul-Adha in Attock