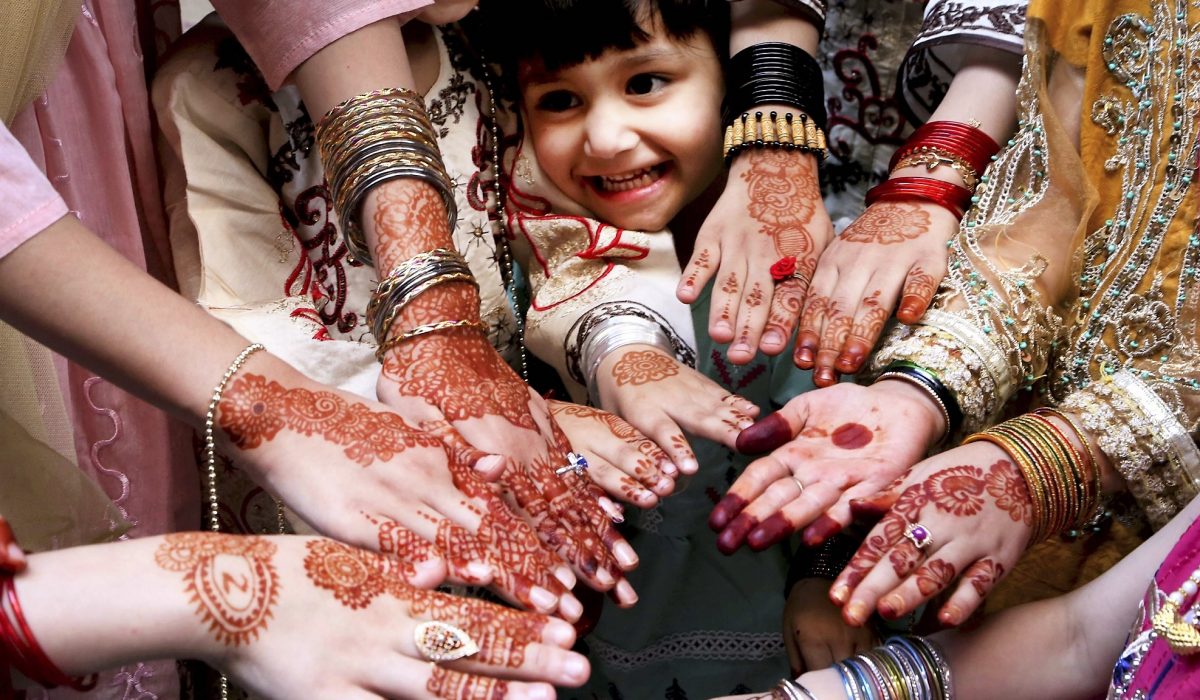 Educationist Rüveyda Arslanhan embarked on an imaginary journey on the morning of Eid al-Adha, which she spent far away from her family home in Turkey and Pakistan to which she dedicated many years. On that imaginary journey, she revisited exquisite memories that were experienced to the fullest and which she fondly yearns for. Here are the Eid snapshots taken by Mrs. Rüveyda in her mind’s eye …

This morning, I am a dream traveller in my experiences.

It was our tradition to wake up early on the morning of the Eid; the hustle and bustle would start early at my family home. The breakfast would not be taken with tea, but by eating the Eid tirit, the broth of the sacrificed animal’s meat. The sherbet of the baklava would be poured while it sizzled and the lemonade by my mother’s special recipe would be freshly prepared in the morning.

My dear father would go to the Eid prayer alone and we, the four daughters and our mother, would once again dust everywhere around the house – despite the thorough cleaning we did from dawn to dusk on the eve of the Eid – and set the table.

My father used to ring the doorbell twice; we would know it was him who was at the door. Even on ordinary days, my father’s arrival at home was an Eid itself. Everyone at home would rush to the door and welcome him at the doorstep. During those initial couple of hours in the Eid mornings, I used to feel the heaven on earth; all of us were together, in peace and brimming with love and affection for one another… Shortly later, with the first doorbell, the visitors would start to arrive. Generally, we would run out of clean dishes and glasses in the kitchen cabinets while receiving one visitor after another until late hours.

Now I am miles away from my family home. I am in Peshawar, Pakistan. It is my first ever Eid in a foreign land. It is 2002. I and my husband make the only Turkish family in the city. We do not expect many visitors; yet, all preparations must be complete and all traditions must be followed. I am a newly-wed bride and I could not cook any special broth on this Eid, but that’s alright: I set the table with utmost care. There is no baklava, but I baked and prepared other sweets. Moreover, I bought my first shalwar kameez; my dress on Eid…

The bell rings at last… It is Ms. Saima, my colleague from the school. With excitement and enthusiasm, I welcome her inside. She’s my first guest of the day. Holding a bottle of cologne and a bowl of Eid toffees, I wait on Ms. Saima who sits in our drawing room. I smile and felicitate her on the Eid with the words in the local tongue I have learned just recently. Eid Mubarak! She looks at my face fairly surprised; her gaze rests more on the cologne bottle. I do not care much about that surprised gaze and point at her hand. She opens her palm and I pour some cologne there. Holding the bowl of toffees on my other hand and before I can say to Ms. Saima, who simply cannot shake that surprised look off her face, “This is one of our traditions. We offer cologne to our guests. You should rub your palms together,” she puts the cologne in her palm to her mouth. I even cannot manage to say, “No, please! Don’t!” Thankfully, we face no issues with the rest of the treats.

Time moved on. I remember them as thirteen steps. In our house, there was an internal staircase that connected the single room and the kitchen with the drawing room downstairs. My husband Osman had his guests in the room upstairs. I came out of the kitchen and knocked at the door of the room. While Osman was coming out of the room, I was already at the top of the stairs with a pink plate in my hand. Bizarrely, I slipped and turned around, and fell down the stairs head over heels. The expression ‘falling head over heels’ does not fully express how it was. I literally descended those thirteen steps one after another by hitting here and there until the base. I hit my head to our flat’s entrance door and came to a stop. Again bizarrely, I could see Osman’s eyes were squinted in worry and his shoulders were upstretched in fear. As if to say, “Come on and take a look”, I had knocked at the room’s door, made him come out, waited at the edge, and turned to have a headlong fall. Osman rushed downstairs without falling (!). While he was trying to hold me back to my feet, I was actually thinking and wishing, “I hope I have no broken bones”. Yet, the first words I uttered were, “Osman, our plate is broken!” 😊 I may now put a smiley face here, but at that time it was not funny at all. I am surprised at being saved from that headlong fall without any serious injury.

Later I asked Osman about that “eye-to-eye tumble” moment. I asked him, “What were you thinking at that instant while I was descending the stairs one step each (!)?“ He replied, “I was saying to myself, ‘She must stop by now! She must stop by now!’” Here comes another smiley… 😊

Now I write these lines in the morning of an Eid experienced in an altogether different country. It has been exactly 20 years since that eventful Eid. Eids in Pakistan changed in time; they became more colourful: In Islamabad, they became henna patterns on the hands, the bindis on the foreheads and the kohl on the eyes of girls; they became the “Eid Abroad” functions we held for the Turkish children, the visits when we kissed the hand of our Sister N, and our honourable houseowners Aunt Naseem and Uncle Zia who would treat us to tea with milk and chana chaat on their lawn.

In Khairpur Mirs, the Eids were the preparations that started days earlier. They were the sacrificial animals purchased after intense bargain, the meat packets, the long queues in front of our school building, and the faces that beamed with appreciation and gratitude. The Eids were the wonderful melodies of the Qawwali troupe brought in by Brother Rajab to have us shed the fatigue of the day when we completed the meat distribution and the ajraks and the shawls gifted by Fida Sahib on occasion of the Eid. They were shami kababs and pakoras at Farhat Baji’s house and the freshly-minted rupee banknotes I distributed in Class 8B after decorating each bundle with a ribbon.

In Quetta, the Eids were the fireworks and crackers launched on each chand raat (eve of the Eid) and the camels that carried children on rides; they were Pervez Sahib and his family who at every Eid were elated to eat the baklava they had first tasted in Turkey, and the choorrhis (bangles) and the eidis (Eid gifts and pocket money) my teacher friends – whose names I withhold here so that they receive no harm – brought to me.

It did not take long. Indeed, soon enough, I became Pakistan myself…