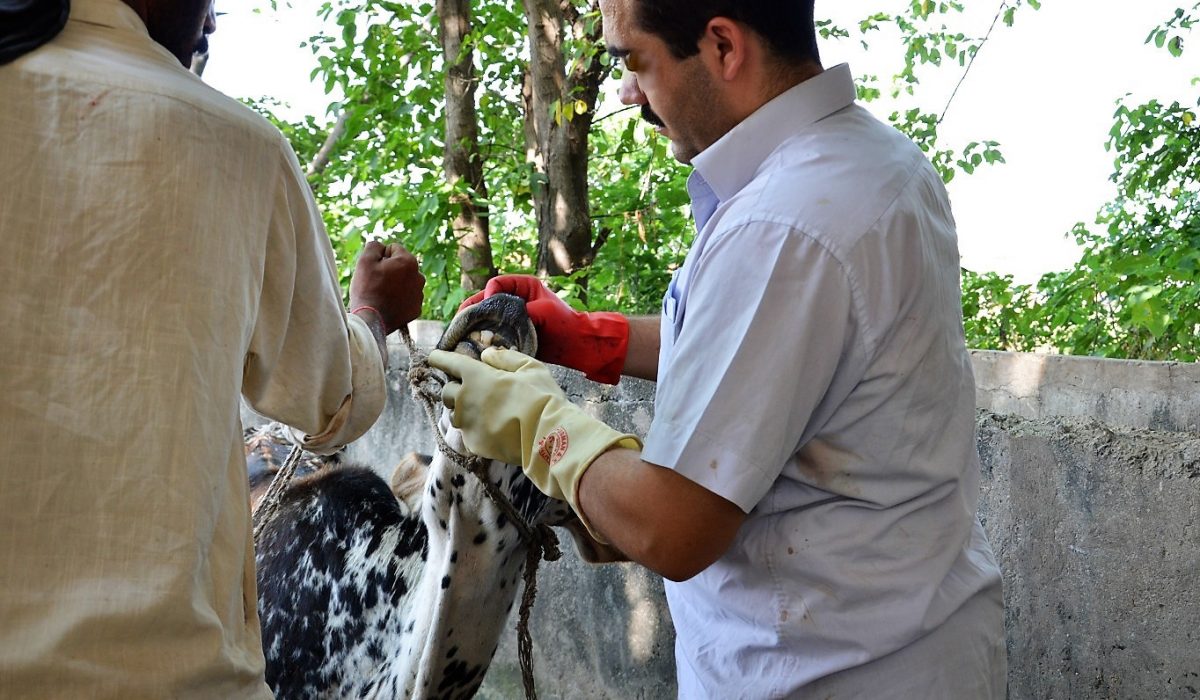 Education volunteer Taner Koçyiğit wrote about how they spent Eid al-Adha in Pakistan. He explained what Eid meant to the PakTurk staff and what they did under which conditions.

For the PakTurk teachers, the Eid-al-Adha activities did not mean going on visits, having meals, and touring during the Eid. Like my other friends, I did not spend any Eid al-Adha at home with my wife. Ladies would socialize among themselves for four days during our absence. Sometimes they would surprise us and come to the PakTurk School in Islampura with the sweets they had prepared.

For the PakTurk staff, the Eid al-Adha activities meant not sacrificing animals with their families and enjoying the holiday with their children but working day and night to completely chop, distribute and deliver the meat obtained from the animals sacrificed by people from all corners of the world in Pakistan to the deserving households in need.

For all friends and colleagues who worked at the PakTurk educational institutions, whether they were teachers, administrators or mentors, Eid al-Adha did not mean spending time with the family and wearing holiday clothes. It was to change into some old clothes to have them suitable for working in blood and pus. Since the sacrifice and distribution activities, which started with the sacrifice of the nafila (supererogatory) animals on the arafa (eve) of the Eid, would last four days without interruption, it meant felicitating their families for Eid on the eve of it.

Finding the best of sacrificial animals with the best bargain

For the PakTurk personnel, Eid al-Adha meant not going on visits and eating delicious food. First of all, it meant listing the names of those who wished to sacrifice an animal on the Eid al-Adha, choosing the best of the sacrificial animals at the most affordable price, renting a corral if necessary and taking care of the animals for a month or two until the Eid. It was reaching those in genuine need and making the essential preparations for the distribution to be perfect and distributing coupons to people and institutions desiring to receive sacrificial meat. Since the personnel would not be able to go home for four days, it meant determining the accommodation needs during the slaughter and making the necessary logistics preparations.

For PakTurk volunteers, Eid al-Adha meant contacting the relevant state institutions to ensure public order from the first day, and ensuring the distribution of meat without causing unease for people. While the butchers rested at night, it meant preparing for the next day and, if necessary, sleeping for two or three hours at night, wandering through the rooms one by one to find a place to sleep, and lying next to a friend who fell asleep when they could not find no other place to sleep. After waking up, it meant returning to work vigorously as if they had slept for hours, delivering meat to the expectant institutions when necessary, and returning quickly with the enthusiasm of revisiting soldiers to the front and continuing to help friends.

Slaughtering, packaging and distributing the meat of 500 cattle…

The Eid-al-Adha activities in Lahore were generally held at the PakTurk Islampura branch, since the garden of the school was conducive and the community around was more in need. In the classrooms of the school, mattresses were spread on the floor and the personnel would stay at the school at night. Meals were cooked on the premises and no one had any time to visit home. Since the Eid al-Adha coincided with the winter months in those years, it was possible to work and rest comfortably in cool weather.

Pakistan would usually not celebrate the Eid on the same day with Turkey; it would start one or two days later. For this reason, sometimes the sacrifice of the nafila (supererogatory) animals would start on the eve of the Eid. Because the meat from the nafilah sacrificial animals had to be chopped and packed early to be have them ready for distribution to those who queued in front of the school building right after the Eid Prayer. Due to the early start of the Eid in Turkey, the obligatory sacrifices had to be completed on the first day or until the afternoon prayer on the second day, according to Pakistan. This put great pressure on all personnel and volunteers and we had to act quickly. Thousands of animals were slaughtered across Pakistan annually. In Lahore, between 2007 and 2010, we used to sacrifice, package and distribute around 500 cattle each year during the Eid al-Adha.

We were able to visit our local friends, parents and teachers during the Eid al-Fitr, but we would not be able to do that during the Eid al-Adha. We used to make visits on occasion of the Eid al-Adha only after the fourth day of the Eid. The Pakistani parents and friends knew that we were only able to visit on the fourth day due to our busy schedule, so they would understand us. They would spare some sacrificial meat for us and offer us dishes cooked from sacrificial meat during our visits to their homes.

Part Seventeen: First days in Lahore and changing from principal to teacher!