How did the one-day ‘honeymoon’ dream turn out to be a disappointment?

I cannot write, yet I must write!

Education volunteer Sevda Arslan (1): I learned to live together in Pakistan without judging people

How did the one-day ‘honeymoon’ dream turn out to be a disappointment? 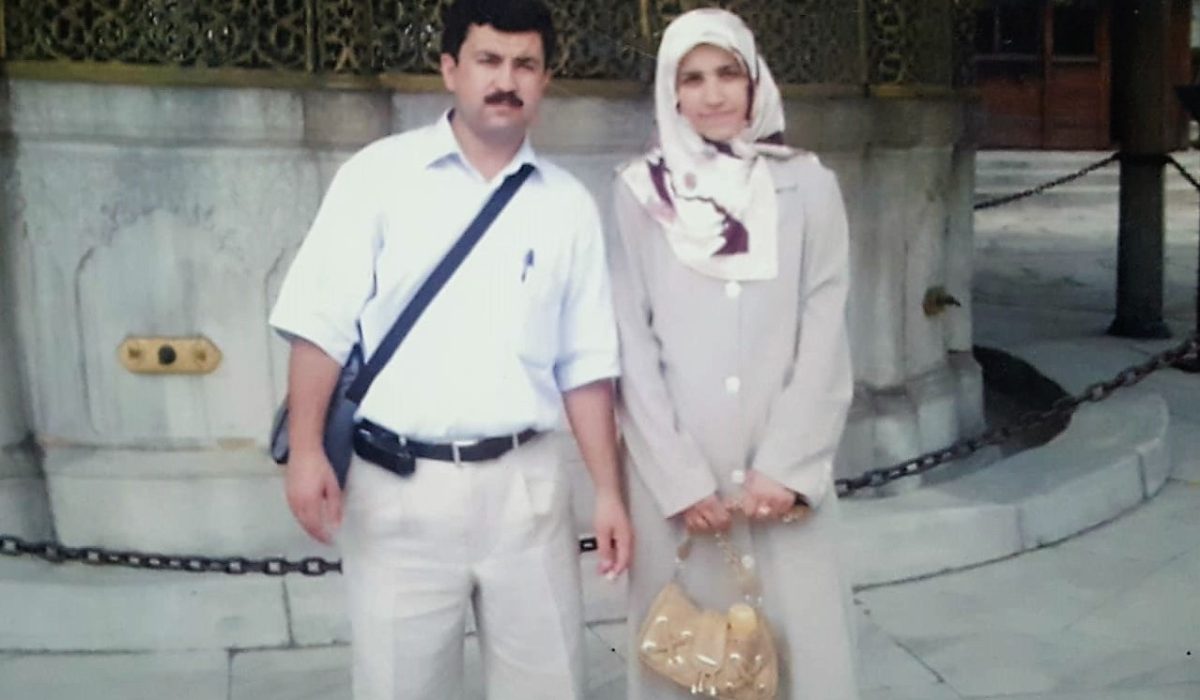 Educationist Sadullah Bayazit continues to narrate his colleague Abdülgani Gülmez’s life in Pakistan. In this part, Bayazit narrates Gülmez’s journey from Khairpur Mirs to Multan, his marriage process and his experiences during his travels to Turkey for the wedding.

I continued my duty in Khairpur Mirs until the summer vacation of 2003. I had not been to Turkey for about 1.5 years. My mother had for a long time on her mind the subject of my marriage and she didn’t want to let me go when she caught me. She introduced me to my bride-to-be lady, whom she had told me about earlier. After a few critical weeks, the auspicious affair was settled down and we got engaged. My father-in-law did not give his daughter’s hand immediately, he asked for another 3.5 months for the wedding preparations. School administrators in Pakistan wished I should get married and return to Pakistan immediately.

One evening, I bid a hard farewell to Khairpur Mirs

The news had reached before I arrived in Khairpur Mirs. More than the staff at the school, the notables and vendors in Khairpur Mirs were upset and uneasy about my departure. Because the school owed money to the market and the tradesmen only knew me as the addressee. Having trusted me all the way, they had issued no promissory note for the debts. They were anxious I would leave by not paying debts to the traders. Fortunately, by mid-September I handed over the details of the debts and payment responsibilities to a relevant colleague and informed the vendors about the payment schedule.

Finally, one evening, I bid farewell to Khairpur Mirs, which I thought I could never leave by will. The next day, I arrived in Multan early in the morning. Friends vacated the house we had rented earlier and rented another near the train station because their number had increased. The interior of the vacated house, which had no windows, received no sunlight. It had been kept due to its inexpensive monthly rent. I never knew I would marry and live in that house! Somehow fate brought me to that house. There were two families in Multan that year and, when I got married, we would be the third family.

In those years, we could only call Turkey with prepaid phone cards. I could only call my fiancée a few times with 10- or 20-minute cards. On the phone, we would tell each other prospective details of our ‘modest house with pink shutters’. Meanwhile, I searched for a house in Multan for two weeks, but I couldn’t find a suitable place for our limited budget. More precisely, I did not know what our budget would be. I didn’t know how much my salary would be when I got married. Let me take this opportunity to state we, as colleagues working at PakTurk educational institutions, never negotiated about our salaries. Most of us didn’t know what we would receive until we got our first salary or arrived in Pakistan.

The rent of the houses I looked started from the equivalent of USD 350 and it was impossible for me to pay that with my limited means. It didn’t seem likely that the ‘pink shuttered house’ I built with my fiancée would go beyond a dream. Even if we said to ourselves, “A rented house of 150 or 200 dollars is enough for us!”, those houses were in desolate places and dilapidated.

I went to Turkey with the advance I received

Finally, the wedding date approached and I had to go to Turkey for the wedding before I could find a rented house. I didn’t even have enough money to go to Turkey by road, much cheaper than the air route. While our principal, Mr. Süleyman, was on his way to the school principals’ meeting, I asked him for an advance payment for the wedding. I waited for the news from him. Fortunately, that evening, Mr. Süleyman called and told me to borrow money from Khairpur Mirs and go to Karachi to take a flight to Turkey. I was probably to set out with USD 500 including the amount I would borrow over the USD 150-200 in my pocket. After Khairpur, I reached Quetta by road and from there to Gaziantep via Iran.

I reached my hometown Gaziantep on September 30 and we prepared in three days. That was just the part that required my presence; other preparations had been made. We had our wedding on October 3, 2003. All the wedding expenses were covered by my father; unfortunately, I had no savings. We were to return to Pakistan after staying in Turkey for three weeks. Again, it would be left to my father, who was not in good financial condition, to cover our ticket expenses. He put USD 1,000 in my pocket, even though I didn’t want it, to help us set up our home in Pakistan.

I believed the travel agent’s word and we were stranded

As I explained, we didn’t have the money to go on our honeymoon or a vacation after the wedding. I had heard airline companies arranged hotels for connecting tickets on flights with a stopover of over 24 hours. On the way back to Pakistan, I bought a ticket from Emirates to travel via Dubai, thinking at least one day we would stay as guests in a nice hotel. Although I insisted to the travel agency when buying a ticket on making a stopover arrangement with hotel stay, he made nothing additional and simply said, “The arrangement will be done in Dubai automatically!” I believed him.

We landed at the Dubai Airport. We asked one Emirates staff after another, “Is there a hotel booked in our name?” but unfortunately we got the annoying answer: “No room has been reserved for your name.” We had no money to stay in another hotel anyway, so my dream of gifting my wife a one-day honeymoon was unfulfilled. As a newly married couple, we spent over 24 hours at the airport in the masjid and on the waiting lounge seats. The next day we finally took our flight and landed at the Islamabad Airport.

Part Eleven: First PakTurk branch in Multan and efforts to turn a ‘ruin’ into a school building