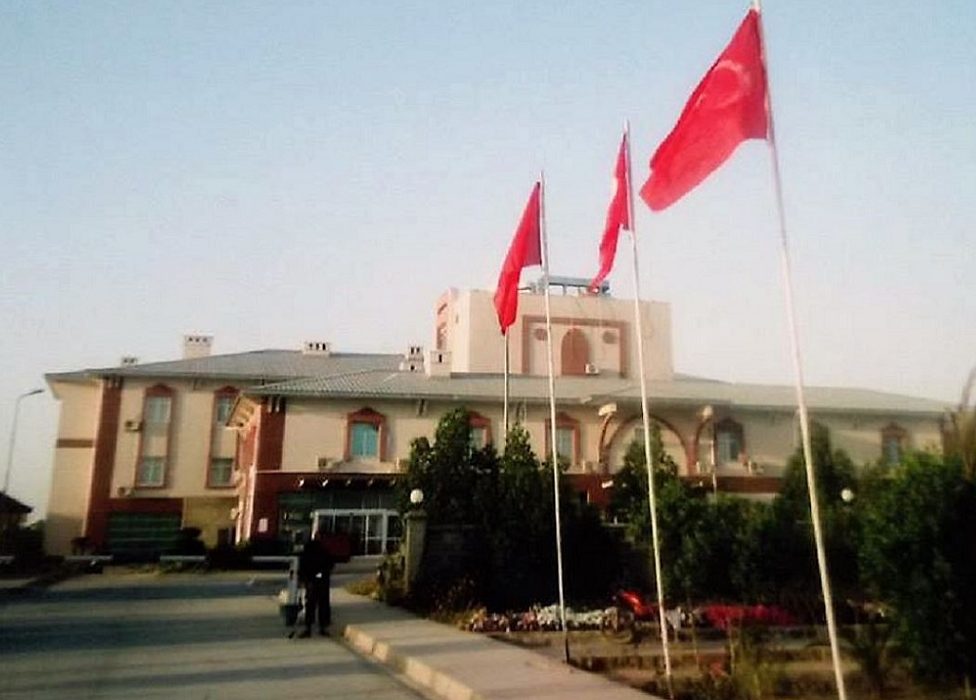 Education volunteer Hakan Çelik narrated his visit to the Turkish Embassy in Islamabad for a passport appointment while he was working in Lahore, and an interesting incident that happened to him.

Dear lords and ladies, once upon a time, our days used to be rosier than the days we live these days. Yes, I am talking about those beautiful days in Pakistan. Those were the days when the participants of the Hizmet Movement fulfilled their duties thru heart and soul, while no one interrupted us for their personal interests and grudges. Yes, we could easily visit the Turkish Embassy and have our passports renewed in those days too.

I was working at the school in Lahore. I called the Turkish Embassy in Islamabad from Lahore and made an appointment. When the date of the appointment was confirmed, I took an intercity Daewoo bus, a decent and comfortable mode of travel, and went to Islamabad.

The single PakTurk staff, who visited the capital from other cities for an official or else business, usually stayed in the dormitory in Chak Shehzad. So, I took a taxi from Rawalpindi to the school dormitory.

I spent the evening of that day chatting with friends in the dormitory. I had an appointment at the Turkish Embassy at 10:00 AM the next day.

I went to the shoe cabinet, but what did I see!

In Islamabad, all embassies were in an enclave, a large district which could only be entered from two gates. The worst part was, taxis were not admitted into the Diplomatic Enclave. I neither had a car nor could drive. I had to get off at the main gate and walk to the embassy on my first there.

On the day of the appointment, after having my breakfast around 8 o’clock in the dormitory, I went to the shoe cabinet. I opened the pigeonhole where I had put my shoes, but what did I see? No shoes! There are about 90 pigeonholes for shoes and I checked each. Time passed as I fervently looked for my shoes; plus, the weather was so hot and I was soaked in sweat.

I looked into all ninety shoe compartments, but no, my shoe was not there. Someone must have worn it. In our dormitories, some had a habit of wearing someone else’s shoes and going out. They would not take the shoes outside the school, but wear them only in the dormitory courtyard.

The principal kept on laughing as I explained my problem

When I couldn’t find my shoes, I went to the principal’s office, angry because of the heat and delay. The principal, who would later be my manager for 5 years, was an even-tempered and avuncular elder brother. He greeted me with a smile. My time was running out and my stress was mounting. When the principal saw me, he asked, “Tell me, what’s the problem?” I explained to him about the lost shoe issue. As I talked, he laughed and as he laughed, my heart sank. While I hoped the principal could find a solution, he called the dormitory manager and ordered tea for all of us.

After a while, tea arrived, and the principal told me about his memories in Russian Federation. He talked and laughed for a long time. The dorm director too joined the conversation. Meanwhile, I tried to understand… I had an appointment, I had arrived from another city, I had to get my work done and leave on the same day. Yet, I had no shoes and the way the school admin handled the issue was obvious!

‘Sir, you wear these… I have slippers in the office’

At last, I couldn’t stand it and I blurted, “Brother, it is almost the time of my appointment. Will we do something about my case?” Meanwhile, the accountant colleague came in. He was a little overweight. The principal eyed the accountant and me. He looked at the accountant’s shoes again and turned his head again to look at me. He laughed and said, “Don’t worry! What’s more than shoes here?” The accountant understood. He came, sat next to me and took off his shoes, “Sir, you wear these. I have a pair of slippers in my office and I can handle it,” he said. Even from a distance, the shoes were obviously a few sizes too big for me, but there was nothing else to do!

After wearing the accountant’s shoes, I got on a Mehran taxi and went to the embassy. There was no problem until the main gate, but when I walked inside from there, my test started. I told you how large the enclave was. I had to walk under the scorching sun and in someone else’s big shoes. All embassies were there and their staff shuttled in jeeps. Meanwhile, I kept on trying to follow the road by putting on the shoes that would come off my feet every now and then.

Since it was my first visit, I unknowingly entered from the far gate. Just imagine what I went through until I found the embassy building. Yes, there are good days and bad days which one can never forget. It was one hard day which I will never forget. When the hardships are left behind, they are remembered with a smile. Those were good days, at least we could renew our passports before they expired!