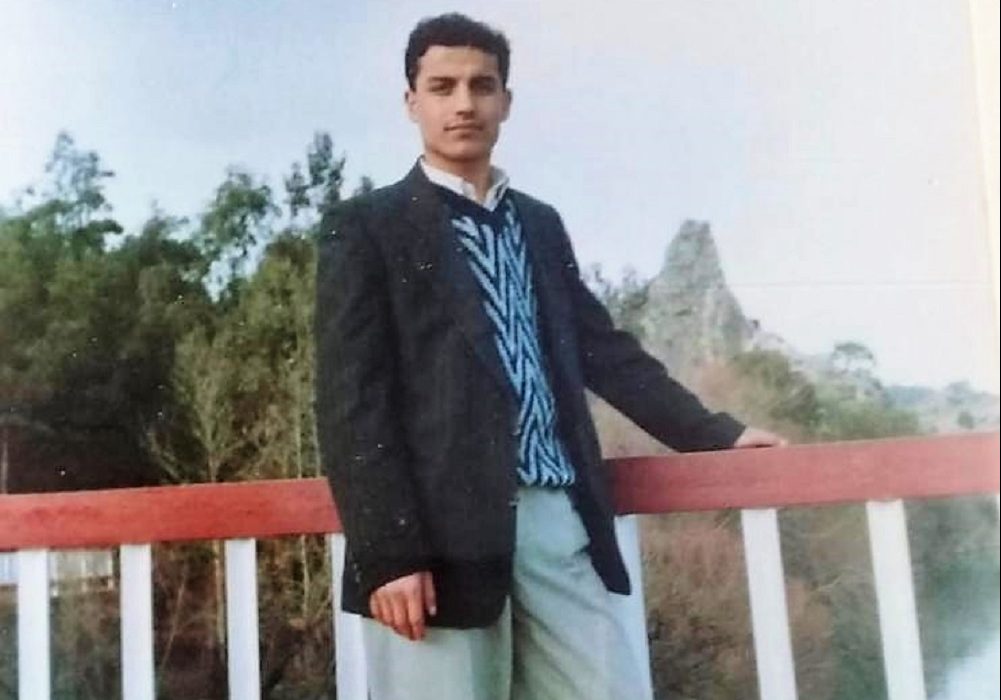 Mustafa Hatipoğlu, who lived in Pakistan for 18 years and provided various educational services at the PakTurk Schools, narrates his student life in Islamabad, his road trips to Turkey, obtaining his driver’s license and his motorcycle adventures in the second part of our interview.

-What were your first impressions of Pakistan? What a country welcomed you?

We did not go to Pakistan with an expectation for ourselves. Here’s an incident: I was just meeting my batchmates while I was in Burdur for my 28-day military service. I said, “I’d been to Pakistan”. One mate misheard it as Paris. “No, not Paris, Pakistan!” I told him. “Who took you there? What did you do in Pakistan while Europe awaited you?” he asked. I call this a divine referral. Something urged us for there. When I said, “I’m going to Pakistan,” my mother had said “Son, go. Zia ul-Haq is there. He is a very nice person.” I don’t know how my mother knew him. She was not much literate, but she had told me this in 1993.

We didn’t go there with an expectation. Islamabad is the most beautiful city there. If we had been to cities like Peshawar and Karachi in the first place, maybe we would have received some things negatively. Since Islamabad was founded later, it is a very beautiful, orderly, modern city. Consider a square box. They made neighbourhoods, streets and bazaars by dividing it with straight lines. From hospitals to schools, everything was planned. That’s why we observed much beauty there.

The last time when they asked me “Would you like to go from Albania to Pakistan?” in 2017, I was ready to go immediately despite the hardships experienced there recently. I was ready to go there when everyone else had to leave. My wife said “Where do you think you are going?”

Islamabad has exquisite weather and exquisite people. It is a city for civil personnel and there are educated, professional, and wealthy people. Islamabad’s twin city is Rawalpindi where the old airport was located. Everywhere there is dusty and you see horse or donkey carts, camels, motorcycles plying on streets. It’s a cosmopolitan place. That’s why Islamabad felt good to us. Maybe because we had no expectations, Allah made those places appear beautiful to us. We made good friends and forged nice friendships.

It was a little hot in summers. It used to get hot from April onwards. Islamabad is a city built in a lush green forest. I liken it to England. A distinct odour meets you upon landing at the airport. I don’t know if it is the aroma of spices or the scent of the trees and herbs under moisture. If there was excessive humidity, trees would always smell here too. You could feel that scent there.

-Could you get used to the food? Did you cook your own meals at home?

At first, we cooked our own meals. Later, we hired a cook. He was an Afghan. He told us he was a cook, but it turned out he was originally a truck driver. We discovered he knew nothing, so friends taught him how to cook. After a while, he prepared for us some of the traditional steamed Afghan ravioli (mantu). He even cooked karniyarik – split aubergines with meat filling. I think they hired him at the schools afterward. He was taught cooking by our friends. He cooked delicious dishes. I heard that in the 2000s, when the conditions in Afghanistan got a little better, he moved there.

WE USED TO TRAVEL FROM PAKISTAN TO TURKEY BY ROAD

-Were you able to visit Turkey on holidays while you were a student?

We used to visit our hometowns almost every year. During our student years, we also travelled by road. You take a domestic flight from Islamabad to Quetta. From there, you cross a desert by road to Taftan and enter Iran from there. We used to travel to Kayseri via Zahedan, Tehran, and Doğubeyazıt. We did so for 4-5 years. These trips were famous among friends. We broke a record by taking fastest journey to Doğubeyazıt in 35 hours. We forged good friendships during those trips. Osman Arslanhan and I made the first international road trip with other friends from the university. We got to know and respect each other on that journey and became very good friends. Our first trip was so great. Later, we travelled with friends from our circle in this way.

-How was the attitude of your family and friends towards you? What kind of comments did you get, positive or negative?

As someone who attended the Imam-Hatip High School among boys of the same age in the neighbourhood in Kayseri, went to Izmir and then abroad, people loved us and my family was proud. There was no one else. For example, I got a driver’s license. My father told it to everyone in the neighbourhood, “My son has a driver’s license”. Nobody in the family had a car anyway, so they didn’t have a driver’s license either. My father proudly said that. My family and my social circle there looked at me differently. I studied in an Imam-Hatip High School and went to Pakistan to study theology… these had considerable value. Thankfully, I faced no hardship from my family and our social circle. When I first entered the dormitory in Kayseri, my uncle had said, “Your house is here anyway, why do you insist on living in a dormitory?” The dorm environment was distinctive. It introduced me to the Hizmet Movement. A friend in the class had come with a flyer in his hand saying, “This dormitory is free for those who got a certificate of merit or excellence!” It was an occasion, that’s how I got to know the Hizmet Movement. From there, I went to Izmir, Pakistan, Albania, and then England… my life passed like this.

-Where did you get the idea of getting a driver license in Pakistan? Was it easy?

I got my driver’s license in 1994. We visited the centre with friends and applied for a driver’s license. At the first visit, they said we had cleared the written exam. However, we only applied, we had not taken the exam, but they said so. They did not let us take the driving test either. “The superintendent will give you your driver’s licenses!” they said. The driver’s license was a booklet, then. I still keep it. Before entering the room of the official who would issue the license, there was a queue before the door. Several people were waiting. We also saw what he was asking inside. Traffic signs were on the wall and he would ask, “How many of these do you not know?” to everyone. He issued a driver’s license to some and sent some home saying, “Work a little more!”

THEY GAVE A LICENSE IF YOU IDENTIFIED THE TRAFFIC SIGNS

When it was my turn, I walked in and said, “I know them all.” I said so, but I did not know. I didn’t have proper English to explain anyway. The official asked me where I was from and what I did for a living. I told him. “Hadn’t you learnt these?” he asked again. “I have nothing to learn from, I don’t know where to learn these,” I said. He gave me my driver’s licence, and he also gave me his name card. “Call me if you have any problems,” he said. That’s how I got my driver’s license. When I visited Turkey in 1995, I converted my driver’s license to a Turkish one. The officer in the Kayseri Police Department looked at my driver’s license, “We have never given equivalence to a Pakistani driver’s license, but let me ask my superintendent,” he said. The superintendent looked at the driver’s license and asked me, “What does it say here?” I said, “It’s in English” but it was written in Urdu except for my name and surname. “Convert it!” he said to the junior officer. I was the first to get a driver’s license from our group of friends in Pakistan. After that, a lot of friends tried it. They couldn’t get any. Years later, we got a licence issued for my wife. Mine set an example, and they gave her a driver’s license again in Kayseri. If it they had not seen my license, they would not have issued a license for her.

We had converted a room in our house into an office for Mr. Şükrü Aslan. Mr. Aslan had a white Toyota Corolla. We used to wash his car occasionally. I was the best car washer. Mr. Şükrü used to say, “Let him wash the car!” While washing, I used to move it back and forward a little, and sometimes took it outside on the street. In time, I learned to how to drive even for a little. Later, when Mr. Şükrü was not available, I used to pick his children from school. I got courage for driving. I was a student and I did not have means to buy my own car anyway, but I bought myself a motorcycle. Rather, I bought it in partnership with Osman Arslanhan. As two boys from Kayseri, we bought ourselves a motorcycle. 😊 We used to shuttle to and from the university on that bike, because the university bus would take an hour to reach the campus. We used to ride there on the motorcycle in 15 minutes. We could move freely in the afternoon. A year later, I said to Osman, “I’ll pay you your share, let’s buy you a motorcycle too.” He said, “I have debts, I will pay my debts with that money.” Eventually, I became the sole owner of that motorcycle. After that motorcycle, I bought a couple of others. One of my beautiful motorcycles was also stolen and I bought another one after that. I bought a car in 2000.

What did you do for education services while you were also a university student? What did you witness during the phase of opening of the first school?

First, a school was opened in Islamabad in 1994. The first students arrived from other cities and provinces. It was hard to find students from Islamabad, then. The first two students had come from Quetta, more than an hour away by flight. We had rented a two-storey bungalow as the dormitory. While attending the university, we also shouldered the duty of being the first mentors there. We took the teacher colleagues, who arrived in Pakistan from Turkey after us, for tours in Islamabad. They still fondly recall those city tours on motorcycles. We were more experienced than them in living there. The mentors everywhere generally know places better and they also know the local people. We always supported the teachers in moving their houses, buying things, shuttling their children to and from schools, spending time in holidays and collective programs. Especially our motorcycles were famous. Even the sounds of those bikes were recognizable. One day, Süleyman Altınay was riding the pillion and we were waiting at the lights. When it turned green, I stepped on the gas and moved on. In a matter of second, I noticed Süleyman had fallen on the road. What’s more, I shouted at him, “What the hell are you doing there?” I never forget this incident. 😊

Part One: Educationist Mustafa Hatipoğlu (1): I went to Pakistan to become an ideal theologian