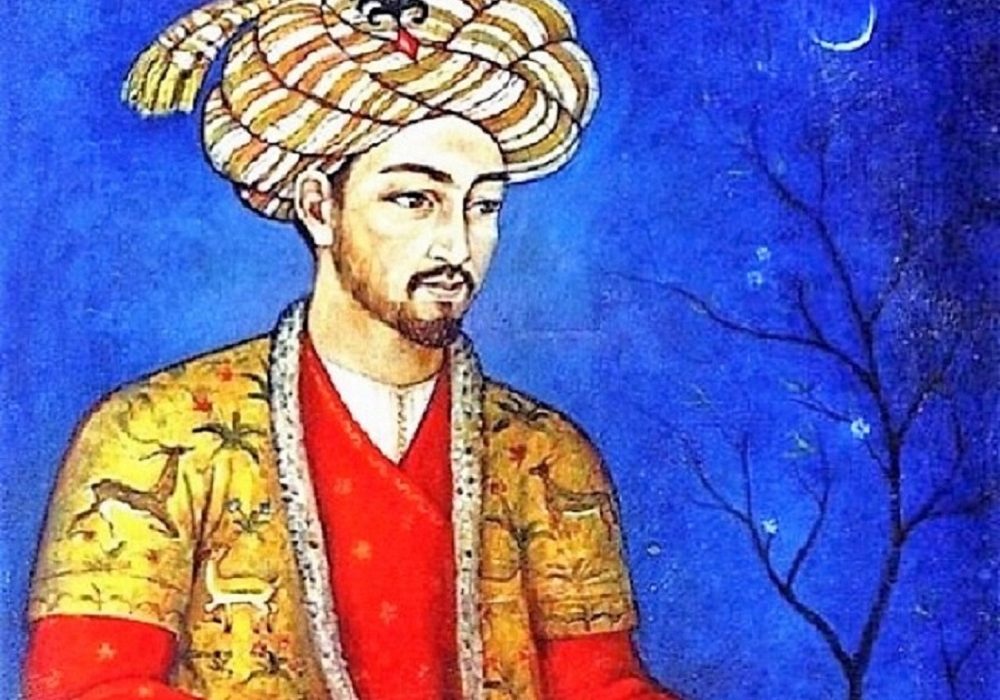 Researcher Doğan Yücel, who occasionally introduces the historical and cultural values of Pakistan, wrote about the lives of two prominent people who left a great mark in Lahore – where he worked for a while – and in the region both materially and spiritually.

Anarkali is one of the commercial hubs of Lahore where women’s clothing, fabrics, souvenirs, and shoes are sold. According to rumours, Anarkali is one courtesan with whom the Mughal ruler Jahangir Shah fell in love. However, the subject of this article is not that Anarkali is a commercial centre or a historical district. Besides being the old market centre, Anarkali in Lahore also hosts many historical artifacts and the tombs of prominent personalities. After 1947, the area underwent a major transformation with the emergence of new shopping plazas.

If you visit the bazaar, south of the old Hindu temple to the east of Punjab University has been a place with many clothing stores and some well-known shoe shops. If you enter the narrow street where the shops are located, there is the tomb of one of the famous scholars and saints of his time, under a staircase on the side. This is what we can call the picture of the age in which we live. All other tombs were removed and new shops were built on them. The original tomb was an exquisite structure built by the Mughal Emperor Aurangzeb and razed by the Sikhs.

Greatly appreciated with his deep knowledge of the Qur’an

Outside, traffic flows by the Neela Gumbad, which rapidly loses her beauty. Only a few tombs were left in the narrow streets, in small chambers, most unsigned. All need to be researched and revealed one by one. The lost graves of some great personalities should be found and care should be taken without harming commercial life. Since 1947, the tombs of the famous six great saints have been lost because of intense commercial activities in the region.

When the Sikhs came to power, they removed the tombs

After a while, he was accepted as one of the leading ‘saints’ of his time. His ideas were frequently sought by the Mughal Court. Sheikh Abdul Razzaq Makki died in Hijri 1084 and was buried in Lahore. The Mughal Court had a beautiful mausoleum, which still bears witness to his presence, built for him. Next to the tomb, they built an elegant masjid known today as the Neela Gumbad Mosque.

When the Sikhs came to power, they plundered this wonderful and elegant marble building and carried its treasures to Amritsar. Maharaja Ranjit Singh ordered the mausoleum to be converted into an ammunition depot and had a weapons manufacturing facility built on one side of the mosque. He built a cannon production facility on the west side of the building, next to the graves. Thus, most tombs of some of Lahore’s venerated scholars and saints were destroyed.

Other historical figures in Anarkali

When the British arrived, they removed the arms manufacturing facility and converted the mausoleum into a restaurant where the British East India Company officers dined. Next to the mausoleum, a bakery was opened, a first in Lahore. This bakery was owned and operated by a construction contractor named Munshi Najmuddin Thakedar. When the Mian Mir rose to power, the contractor persuaded the British authorities to restore the mausoleum and mosque. He invested in the project and was buried somewhere inside the mosque when he passed away.

Let’s mention other important historical figures in the Anarkali Market. On the western side, next to the line where the Anarkali Bazaar is located today, there were the tombs of Khawaja Saeed Lahori, and next to it were the tombs of Haji Abadullah and Khawaja Muhammed Said’s nephew Abdul Rahman. Next to them was the tomb of Hazrat Shah Sharaf. When Maharajah Ranjit Singh ordered the tomb to be removed to expand the city’s defensive bastions, the body of a man buried 100 years ago was still fresh. The famous dervish Noor ud-Din buried the body of this saint in a place near Neela Gumbad.

The most known of the historical figures buried in Anarkali district is undoubtedly Qutb ud-Din Aibak. His grave is in a back street of the main street where the Anarkali bazaar is located. It has a simple tomb. When I went to Anarkali occasionally, I used to recite Fatiha to the soul of this great statesman.

Qutb ud-Din Aibak (1150-1210) was a general of the Sultan of Ghaznavids, Muhammad Ghauri. He was in charge of the Ghaznavid territories in northern India, and, after the death of Muhammad Ghauri, he became the independent ruler of the Delhi Sultanate, ruled by the Mamluk dynasty.

A native of Turkestan, Aibak was sold into slavery as a child. His family, date and place of birth are not known. He was purchased in Nishapur, Iran, by Qazi Fahr ud-Din Abdul Aziz Qufi, to be educated and trained in all aspects. Although Qutb ud-Din was a slave, he liked Aibak’s nobility, superior talent, sharp intelligence and noble actions, and gave importance to upbringing and educating him with his children. He taught him reciting the Holy Qur’an, Islamic jurisprudence (fiqh) and essential knowledge of Islamic catechism, calligraphy, and horse-riding and shooting arrows, using swords and many weapons, and war games. Qutb ud-Din was admired for his exemplary morality, exceptional upbringing, superior ability, and smart and noble actions.

He was lauded for his achievements and victories

After completing his education and trained as a combatant Mamluk soldier, Qutb ud-Din was handed to Sultan Muiz ud-Din Muhammad Ghauri in Ghazni to fight in battles. Since Sultan Muhammad Ghauri liked Qutb ud-Din Aibak’s actions and morality much, he appointed him to offices close to himself. Qutb ud-Din, who made himself accepted in state services, rose to the rank of General in a short time. While here, he was lauded for triumphs over neighbouring lords and for victories in India. He was captured by Sultan Shah’s sentries during the wars between the Khwarizmids and the Ghaznavids. He was released after the victory of the Ghaznavids. He was admired by Muhammad Ghaznavi for his actions in this war.

Sultan Muhammad, on the return from the Delhi campaign, appointed Qutb ud-Din Aibak as the governor of Kuhram and Samanah. When he became the Sultan, Qutb ud-Din commissioned the rebuilding of the city of Kuhram. Establishing law and order in the region, he got services delivered to everyone regardless of their ethnic situation. Qutb ud-Din Aibak, besides his services in the region, helped neighbours and strengthened Muslim dominance in India. He conquered the Mirat Castle in 1192 and converted the idol-houses in the castle to mosques. The same year, he launched an attack on Delhi and captured the city. In Delhi, he got idol-houses destroyed and built mosques.

He left behind famous architectural works

Thanks to his victories, he was complimented by the Sultan. On his way back from a visit to the Sultan, he met Melik Taj ud-Din Ilduz in Kirma. Melik Taj ud-Din married his daughter to Qutb ud-Din Aibak. He started conquests again in 1194 after his return to India. In 1197, he seized Bedaun and Siruhi, and subjugated the Kannauj region. In 1199, with the conquest of Malwah and the surrounding cities, the Hindu domination was toppled and the Muslim rule was established in the region.

When Sultan Muiz ud-Din died in 1206, Qutb ud-Din Aibak went to Lahore and assumed the sultanate. He dominated northern India and laid the foundation for the Delhi Turkish State. Ghias ud-Din Mahmood, brother of the deceased sultan and the sultan of the Western Ghauris, supported him and conferred him the title of ‘Melik’ (Ruler). Qutb ud-Din Aibak died in 1210 because of a mishap during a battle exercise. He was buried in Lahore.

Qutb ud-Din Aibak left behind architectural masterpieces along with his political victories. The world-famous Qutb Minar and Adhai Din Ka Jhonpra are only two of these prominent works.