Why did Pakistani businessmen show interest in Turkey trips?

Maths Teacher Hacer Bahar Çokarslan (3): We became like siblings with the Pakistani parents

The years when the ‘dreams came true’ at PakTurk…

Why did Pakistani businessmen show interest in Turkey trips? 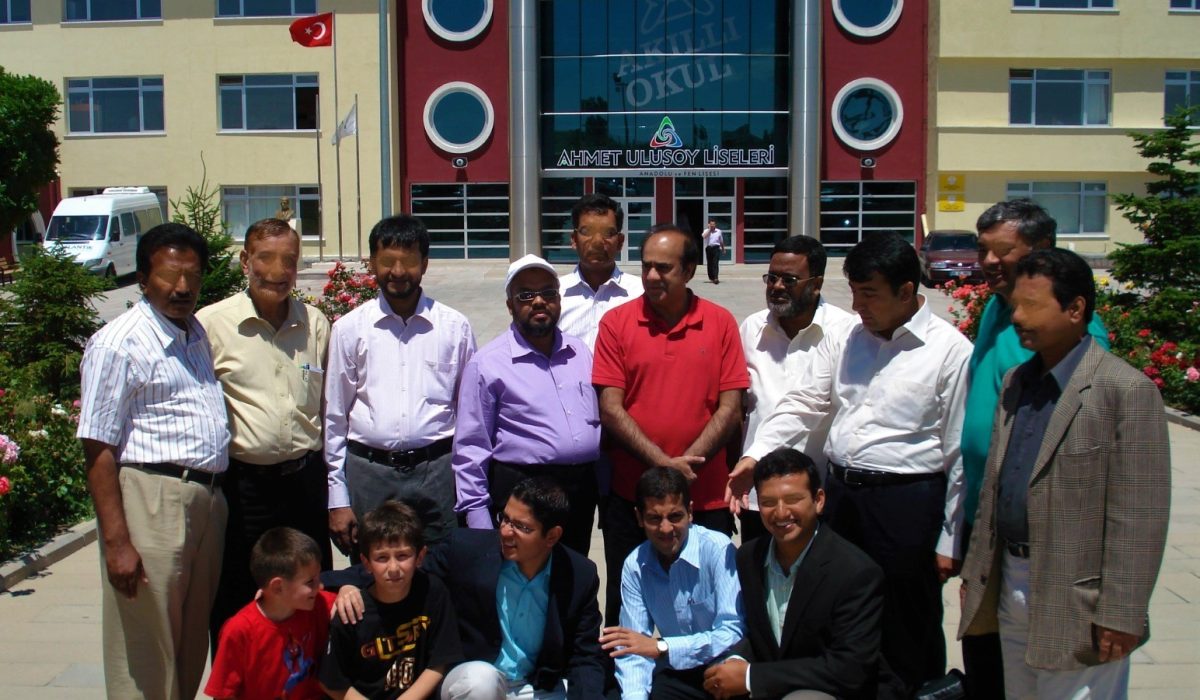 Pakistani businessmen were visiting some schools during their trip to Turkey.

In this part of his memoirs, educationist Taner Koçyiğit narrated how Pakistani businessmen and traders started their trips to Turkey and why their participation increased over the years.

Similar to the attention shown by people from different countries, Turkey’s progress in the first half of the 2000s had also not gone unnoticed by the people of Pakistan. Pakistan’s well-to-do businessmen then started routing their vacations towards Turkey from countries like the UAE and the UK. The private Turkish schools and the representations of the Turkish Businessmen and Industrialists Confederation (TUSKON) worldwide played a crucial role in this kindled interest. The teachers of these schools volunteered in guiding businesspeople going to business visits in Turkey from their respective countries. Expecting nothing in return, these teachers even hosted businesspeople in their own homes and forfeited a significant part of their summer holidays during this volunteerism.

In the first trips we organized through the association we established with businessmen, we always considered hosting our guests bound for Turkey in the best accommodation and dining facilities for large groups. Due to occasional financial crunches, we always sought the altruistic assistance of truehearted and generous Turkish businesspeople. May Allah bless them all, regardless of the number of guests, those altruistic souls disposed all their means to host the guests. Often, we had to host our Pakistani guests in apartments with only one WC and bathroom, a setting to which they were not accustomed in Pakistan. Even though our guests had difficulties, they never complained about these. They formed sincere friendships with their hosts and kept in touch with them after the trips.

Towards the end of the 2000s, as the parent portfolio of our schools in Pakistan changed with an increased ratio of parents with better financial conditions, we witnessed a surge in the number of parents who wished to participate in trips to Turkey. At the request of our Pakistani guests, instead of hosting them at Turkish homes, we hosted them in hotels and organize more professional trips if they covered all expenses. We would take our guests to five-star hotels considerate of Islamic sensitivities, which had examples only in a few places in the world, and facilitated them to have the best experience during their sojourn.

Balloon tours over the Cappadocia Valley, visits to the blessed venues where Ibrahim Alayhissalaam was born and lived in Urfa, visits to the tomb of ‘Mevlana’ Jalaluddin Rumi in Konya and having etli ekmek – quick bread with ground meat layer on top – feasts afterwards, visits to the historical places in Antalya and the Mediterranean beaches with ‘halal hotels’, the magnificent and world-famous historical places in Istanbul, Pamukkale travertines in Denizli, Çeşme beach and Kemeraltı Bazaar in İzmir, having iskender kebab dinners after visiting the Ulu Mosque in Bursa and the incredible hospitality of the Turkish people can be counted among the our guests’ experiences.

Each year more people wished to have a tour of Turkey as the parents who had returned satisfied from the trips told their friends about their wonderful experiences. Sometime later, we had to decline participants because we didn’t have enough time to spend time with each tour group during our summer vacation which was 35 days only. Each day with our guests was spent from our vacation and many of our colleagues would accompany two or three trip groups with the same level of thrill and care.

Our guests would tour the institutions founded by the participants of the Hizmet Movement and witness the activities of the volunteers, and return to Pakistan with the motivation and desire to accomplish similar things there. They would invite altruistic Turkish businesspeople who hosted them in Turkey to Pakistan. Thanks to these visits, mutual solid relations were built and both commercial and humanitarian service links were established.

‘We will leave the unpunctual at the hotel!’

In these trips, due to our inexperience, things sometimes would not progress according to the schedule and inelegant delays would happen. There were times guests would be lost in bazaars only to be found after many hours. Sometimes, we would be delayed for important appointments because our Pakistani guests could not leave the hotel on time. Especially since we suffered several problems due to such delays, we gained experience and once tried a solution like this: Before the other guests came down to the hotel lobby in the morning, I arranged a taxi for a couple and sent them to the place of our appointment earlier. When everyone convened downstairs to get on the bus on time, I announced “We will leave the unpunctual at the hotel!” while the couple I had sent in a taxi was not there. We left the hotel just on time. All the other guests, who thought I had left the couple at the hotel because they had been late, were punctual to leave for every appointment from then on during the 10-day trip. They discussed among themselves how insensitive and cruel I was about timing until the end of the trip. 😊

Many of my friends had coordinated dozens of such trips with these and many similar memories. Hundreds of our Pakistani guests could see the exquisite nature and people in Turkey and the Hizmet Movement. We continued these trips until July 2016, until the unwarranted circumstances compelled us to take a break. I look forward to the days when I will return to Pakistan, just hoping to continue these trips we had to suspend once.

Part Twenty-Seven: How did Pakistani businessmen and their spouses support education services?