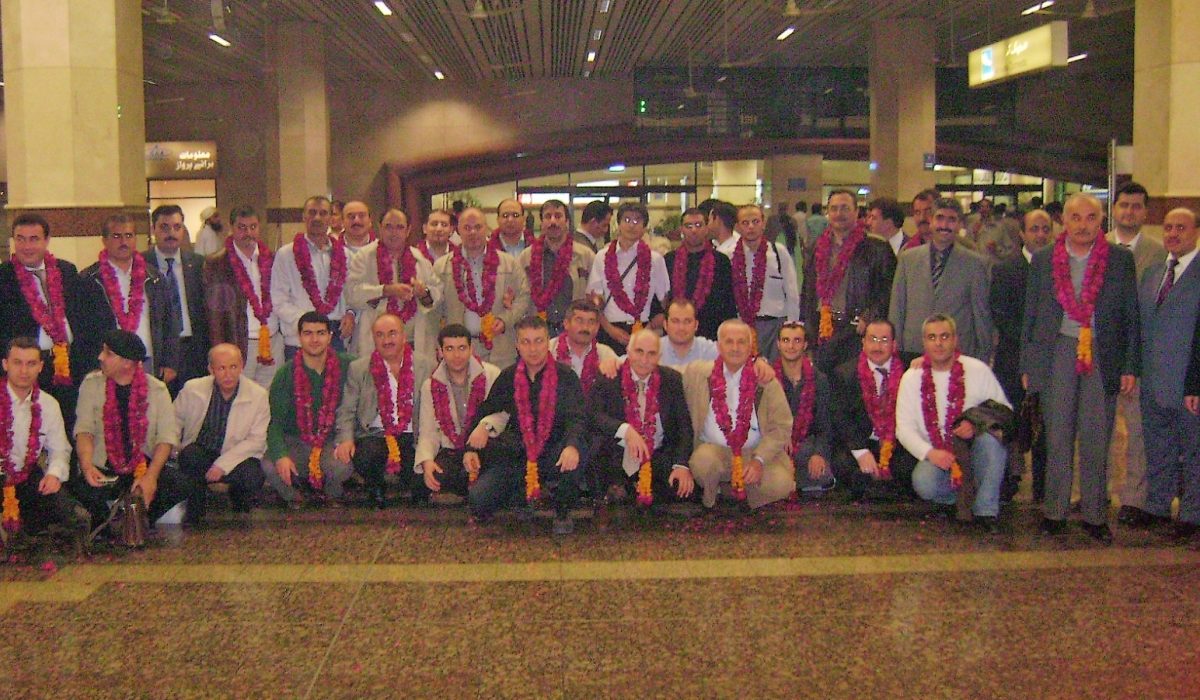 Educationist Doğan Yücel wrote about the trip to Turkey he and his colleagues had organized with businessmen from Lahore and Islamabad, and the “healing water” taken from Şanlıurfa to Pakistan for patients.

Until the summer of 2008, we had organized trips to Turkey on different occasions. As colleagues in Lahore and Islamabad, we wished to accompany businessmen on a tour to Turkey together. In the end, we formed a group of 38 participants, including the families. We handled the visa and ticket procedures. Two friends each from Lahore and Islamabad were to accompany the groups. At the beginning of the trip, another friend would start the trip with the group. Just two months earlier, I had taken a trip to Turkey with another group. However, after the first day, I was asked to participate in this tour as well. I took my family along.

The group had travelled from Istanbul to Ankara by bus and started their trip from there. They visited the Haci Bayram Veli Mosque, Ankamall shopping centre, and other historical and touristic spots for two days in Ankara. On the third day, I joined the group. We took a boat tour on Lake Mogan with on-board barbecue with the businessmen from Ankara. We also visited the Private Ulusoy College. Towards evening, we took a flight from Ankara to Urfa.

After settling in the hotel in Urfa, we had dinner at a historical place. At dinner, a historian teacher colleague from Urfa told us about the history of Urfa. I did the interpretation. We climbed to the Urfa Castle in the morning and descended to the Halil ur Rahman Mosque through an ancient passageway sloping down from the two ancient columns. Mr. Zafar was moved to tears there and he was also elated because he had a memory of himself similar to the trial by fire meted out to Ibrahim (a.s). This memory was mentioned in detail in another article.

After the Halil ur Rahman Mosque, we visited the cave where Ibrahim Alayhissalaam was born and the cave Ayyub Alayhissalaam suffered, bathed and was healed. We also saw the fountainhead. We and the participating Pakistani businessmen filled this water in bins to take them to Pakistan. Long before Islam, this water was considered by Christians and Jews to have healing powers. Christians even had a hospital on that spot before Islam.

I have two memories of this water. A relative of Mr. Iftikhar, who attended the trip from Lahore with his wife, was a cancer patient. He was in the intensive care unit at the Shaukat Khanum Cancer Hospital. When they reached Lahore after the trip, the intensive care doctor told them to prepare a shroud for their relative and that he might not live until the morning. Mr. Iftikhar gave some water, which he had brought from Urfa, to the doctor. “What is this?” asked the doctor and Mr. Iftikhar quipped, “Zamzam water”. The doctor made Mr. Iftikhar’s sick relative drink the water as a last duty before death. Two hours after drinking the water, the patient was transferred from the intensive care unit to a normal hospital room. He was discharged from the hospital in the morning. A month or two later, they told me about this incident. When I asked Mr. Iftikhar about the health of his relative, he said almost no trace of cancer was left. In another story, Mr. Mudassar participated in this trip with his mother and wife. His father-in-law had a wound on his hand and it had not healed for five years, no matter what they did. After washing with this water, the wound disappeared but reappeared 15 days later. On the other hand, I forgot the bottles I had filled for myself on the bus when I was leaving the group in Konya.

We travelled from Urfa to Antep; the weather was very hot. The weather, 43C0 in Urfa, cooled down a bit in Antep in the evening. However, it was still around 41-42 degrees. We didn’t stay long in Antep, we set out in the morning. We reached Tarsus and visited the grave of Danyal Alayhissalaam. The mayor had seen Danial (a.s) in his dreams several times and eventually, the floor of a mosque was dug and the tomb was found. After visiting this prophet’s tomb, we visited the cave where the Seven Sleepers (Ashab-e-Kahf) escaped and hid from the king of Tarsus. What caught my attention was that the expressions in the Qur’anic verse and the shape of the cave very well matched. After finishing our Tarsus tour, we travelled to Konya by road. We stopped by Eregli on the way. Since our school principal Mr. Adem is from Ereğli, he brought two or three crates of white cherries while we were taking a break. We finished the white cherries in 15 minutes.

After Konya, the group visited the underground cities in Urgup and Goreme. After the trip to Kayseri, they took a flight to Istanbul. After taking a tour of Istanbul, the group returned to Pakistan. Despite the 15 years that have passed, there are such sweet friendships and beautiful moments that cannot be forgotten!