‘I taught empty classrooms for days to become a teacher at PakTurk!’ (Video) 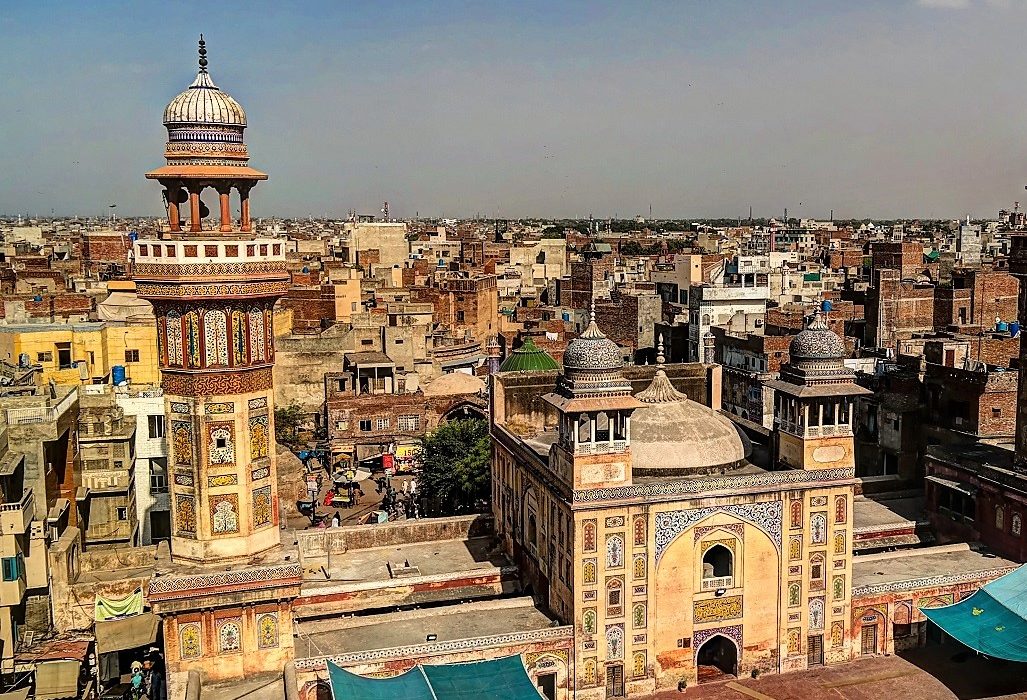 In this part of his memoirs, educationist Taner Koçyiğit narrated Lahore, where he worked for eight years. Emphasizing the historical, commercial and cultural significance of the city, Koçyiğit wrote how he and his colleagues hosted Turkish businessmen there.

Among the cities where our schools were, Lahore – where I worked between 2006-2014 – was second to Karachi in terms of the highest commercial activity in Pakistan. Lahore is a city preferred by many industrial enterprises for investment due to its population of 15 million and its border with India. It is also the capital of the Punjab province, one of the four provinces of Pakistan with a population of 100 million. Although Lahore is far from the open seas and thus the ports in the south, it has become the heart of the country in production with the contribution of nearby industrial cities like Gujranwala, Sialkot and Faisalabad. The cities the Turkish businessmen would visit in Pakistan for investment or trade would vary according to the sector. For example, we would arrange visits to Faisalabad if the businessmen dealt in textiles, to Gujranwala if they were from the iron ore and steel industry, and to Lahore if they were in the carpet or rug business.

Lahore is not only the heart of the country in terms of commercial production, but also one of the richest Pakistani cities in culture. A cradle of many civilizations for centuries, Lahore has been an important hub and often served as the capital of the Kushans, Ghaznavids and Mughals, some of the Turkic empires founded in the Subcontinent. This magical city is home to many monuments. To take our guests from Turkey to exclusive tours, we had conducted research to explore the most beautiful and historical corners of Lahore, and so explained the history and significance of the city to our guests.

The villagers would see us off with our hands full

Established on a geography suitable for agriculture throughout the year, Lahore is an important centre for weaving art and trade. The Punjab province – with East Punjab knows as Rajasthan in India – is where five main tributaries of the Indus River cross and converge. Paanj Aab means ‘five waters’ in Urdu and the five large branches of the Indus pass through the province, turning the surrounding areas into lands conducive for fertile agriculture. The climate of the Punjab province in both Pakistan and India is humid and hot. In addition, it is possible to harvest three times a year because the climate is humid due to rivers and monsoon rains. The majority of the farmers grow cash crops like cotton, sugarcane and rice. In Punjab, home to the world-famous ‘basmati’ rice, it is possible to harvest agricultural produce in all seasons thanks to the clement climate. We had a considerable number of PakTurk parents involved in agriculture. We found the people of the Punjab as generous as the provincial climate. Whenever we visited the villages, the villagers would usually fill the trunks of our cars with the produce from their fields as a token of their love and affection and see us off home with our hands full.

As Lahore has a rich history stemming back millennia, it continues to be an important cultural centre of Pakistan today. One of the most densely populated cities in the world, Lahore is a prominent economic, political, transportation, entertainment and educational centres of Pakistan. Most of the country’s leading well-established universities, especially those with a reputation in medicine and engineering, are in Lahore.

We used to visit Allama Iqbal’s grave with Turkish businessmen

During the reign of the Mughal Empire, prominent poets, writers and historians had emerged in Lahore and its periphery. An astounding level of architectural acumen was attained, adorning both the Punjab and the rest of the Subcontinent with numerous spectacular masterpieces. Several of these works are in Lahore and the neighbouring cities. Spectacular monuments like the Badshahi Masjid, Shah Jahangir’s tomb, Hiran Minar, Shahi Qila and the Shalimar Bagh have challenged centuries and survived to the present day. We used to take our guests from Turkey to visit the Badshahi Masjid and the Tomb of Allama Muhammad Iqbal right in its courtyard. Although the inner courtyard of the Badshahi Mosque is very large, the closed segment was built on a much smaller area. The sound acoustics and the atmosphere generated by the crimson-toned marbles from Afghanistan in the masjid would immensely influence our guests.

The language spoken in the Mughal palace was originally Turkish. However, in this geography home to people from diverse ethnic origins, the Turks remained in the minority. Turks also served in the army and in government affairs. In time, the spoken and written language, which was Turkish during the peak reign of the Mughals, was gradually abandoned and replaced by Persian and Urdu. Urdu developed as a merger language used mostly by Turkish soldiers to communicate with the natives. This language, composed of words taken from Turkish, Persian, Arabic and different Hindi dialects, is the official language of Pakistan today. It is spoken by a large population in the Subcontinent.

We learned Urdu and reaped its fruits

As we learned Urdu, we used to say, “How many similar words it has with Turkish!” The sentence structure of this language was very similar to the one of Turkish. The pronunciation of words and adding different sounds felt different at first. Some of our colleagues preferred to handle things in English. Because they taught in English until the evening and they spoke Turkish at home. It was enough for them to master just a bunch of daily phrases. This was why they needed little to learn the local language, Urdu. I and other friends whose main responsibility was not teaching, believed in the importance of learning the local language. We preferred to speak Urdu with the local people as much as we could. We have observed the fruits of this practice over the years. For example, the first time you met a Pakistani, he would shake hands with you. If you spoke Urdu after introducing yourself in English, he would get up to hug you. “You speak Urdu!” he would say as he hugged and congratulated you. They have always learned the language of others and English became the official language of the country. They would be very happy if a foreigner spoke Urdu.