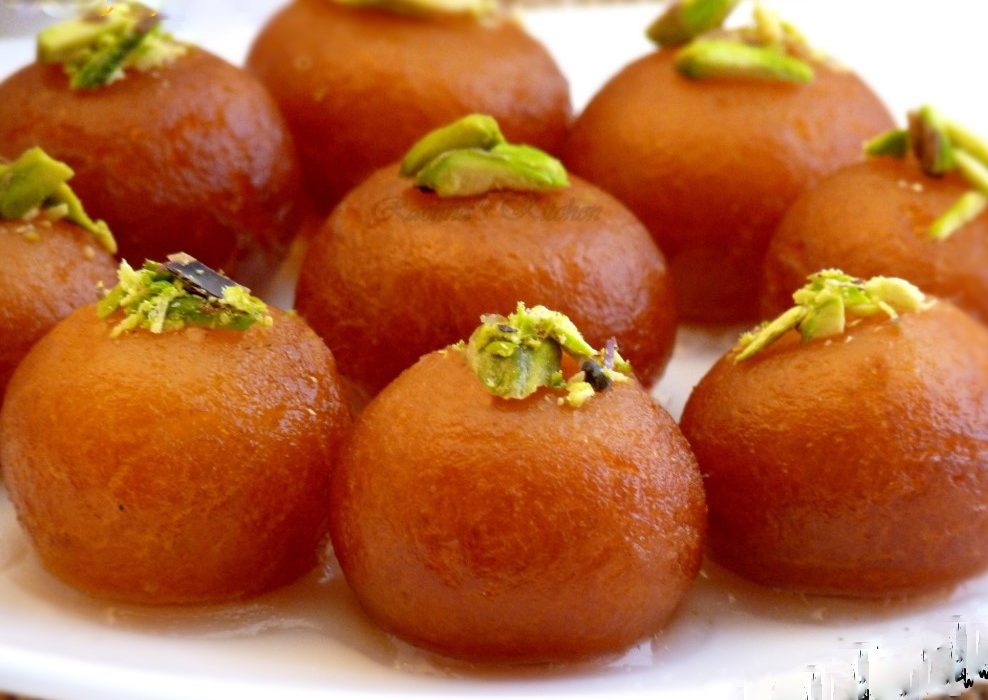 Researcher Doğan Yücel wrote about the meals, desserts and drinks he tasted in Pakistan and could not forget until today. Here are the flavours some of which you will even hear for the first time.

It is impossible to describe the whole Pakistani cuisine in a short article. However, no matter how different this cuisine was to us in terms of flavour, we were always among the people. We consorted with them and tasted the same things at functions, in the hostels, and during the visits to the students’ homes. Even though the spices seared our tongues, the way people addressed and received us were sweeter than anything else.

Hospitality in Pakistan is a matter beyond culture. Hosts place in front of their guests all what they have as comestible at their houses. In some places, spoons or forks are not used much. When we used to visit our students at their homes, some families would compel the limits of courtesy and collect spoons and forks in advance from the neighbourhood for our use. Once, a student’s family offered us a chicken dish. One of our colleagues who could not discern the taste simply asked, “Is this fish?”. Our host said, “If you allow me, I have an urgent piece of work, I’ll be back soon!” and left the house. After 10 or 15 minutes, he returned with a pack of fried fish. He said, “When you asked ‘Is this fish?’ I sensed you liked fish, so I went to buy some.” There are many similar examples. The hospitality of the Pakistanis cannot be described in writing either. However, I would like to mention here some of the flavours that were presented to our taste in Pakistan.

Meats: Mutton (especially the goat meat) is the most popular meat in Pakistan, followed by chicken and beef or veal. A considerable portion of the population does not eat meat.

Biryani: Since Pakistan is located between the Far East and the Central Asia, both bread and rice are very common. Almost all over the country, people would not get tired of eating rice every day. The most common type of rice is undoubtedly biryani. Biryani may simply be termed as ‘rice with chicken’. It is cooked by adding boiled basmati rice to chicken roasted with onions and spices.

Paai (Trotters): Lamb’s feet are among the exclusive breakfast foods that Pakistanis love very much. Locally called as ‘paai‘, which means ‘foot’, lamb’s feet are more expensive than mutton or beef.

Mutton Tikka Boti: Boiled boneless mutton is first marinated in spices and then fried for a while before serving.

Chicken Tikka: Sliced into cues, chicken meat is first marinated in spices and then placed on skewers. Barbequed on charcoal fire, it is served. It is one of the most consumed kind of kababs in functions and restaurants.

Chicken Karahi: Chicken are first roasted in large woks with onions and garlic. When tender, they are further roasted by adding tomatoes and spices. It may be called as a sauteed chicken dish.

Jalebi: It resembles the ring-shape sweets in Turkey. However, it is much thinner than that. The mixture is deep fried until crisp and then laid into a thick sugary syrup to soften for taste.

Kheer: It may be called as rice pudding with almonds. In some regions, they cook it with vermicelli too. Milk added with rice is boiled for a couple of hours to thicken and soften the rice. Almonds are added before serving chilled. They are traditionally sold in small earthenware dishes stored in ice containers or fridges. If bought from a street vendor, the earthenware dishes are usually returned.

Firni: Resembling kheer in many respects, firni is prominent by ground rice as its ingredient. It is a sort of rice pudding and is a very popular sweet in Ramadhan.

Faluda: It is mostly sold from ice containers on the streets. Vendors mostly serve it with sprinkling crushed almonds or pistachios. Actually, it is a sort of ice cream with a prominent texture and taste of boiled and chilled whole cream. The ones that are served on wooden sticks are called ‘kulfi faludas’. Each kulfi faluda is kept in a steel conical jacket to keep it in shape and as chilled.

Khatai: It is a sort of cookie baked from white flour, sugar, oil, eggs and crushed almonds. It is wonderfully crispy. When baked with ghee – the clarified cottage butter which we call in Turkey as ‘sade yağ’ – it tastes very delicious.

Laddu: Laddu is a sphere-shaped sweet halwa that is frequently served while celebrating an occasion – the birth of a child or an accomplishment – among friends. The saffron-flavoured laddu is widely known. It may also be called as ‘sphere-shaped flour halwa’. It is prepared in different flavours. Bakeries prepare and stock laddus abundantly because they are sold like hot cakes.

Gajar Halwa: Gajar is ‘carrot’ in Urdu. Red and large carrots are boiled until they become extremely soft and are pureed in thick whole cream.

Chawal Halwa: It is a sweet made with rice, sugar, coconuts, and almonds. Sometimes it is coloured with different spices. It is a sweet and exquisite halwa.

Gulab Jamun: It resembles the Kemalpaşa sweet in Turkey. The deep-fried sphere-shaped doughs are dipped in thick syrup and sprinkled with almonds or pistachios.

Ras Malai: We liked it so much. Fresh cottage cheese spheres are soaked in sweetened and thickened milk with saffron or cardamom and sprinkled with pistachios before serving. It is a soft and light sweet.

Mango Juice: Large and fleshed langra variety mangoes, which have an intense aroma, are freshly squeezed and juiced. Street vendors serve the mango juice with ice in mugs.

Nariyal (Coconut) Juice: When in season, green and fresh coconuts are drilled from the top. The coconut milk is drunk with a straw through the hole. After thinning the sliced skin, the remaining pulp is peeled off and eaten. It is very fatty and has a really milky taste.

Falsa Juice: A very delicious juice is extracted from this fruit with purplish small grains. People serve falsa to one another in Ramadan iftars or during home visits.

Chikoo with Banana: Also known as sapota, chikoo is an egg-sized and potato-coloured, spherical fruit. It is light brown inside and very sweet. After peeling the thin skin, chikoos are first compacted with bananas in a food processor and then turned into a shake by adding milk and ice. It is drunk with pleasure on hot days.

Food Streets: Lahore has two famous food streets on M.M. Alam Road and Fort Road. In the evening, people visit those streets at dinner time. The Fort Road Food Street which is in the centre of the Old Lahore is open to traffic until dusk. When the sun sets and it gets dark, the street is closed to vehicle traffic from both sides. Vendors take the chairs outside for the customers. The fried fish shops are the most attractive there. Trout marinated with spices await getting deep-frying in sizzling oil.

Davis Lassi Walla: In the Androon Shahar (the Inner City) of the Old Lahore, there is a renowned lassi (sweet and salty yoghurt drink) vendor on the Davis Road. People start queuing in front of his shop before the dawn to have a tankard of chilled and foamed lassi made of water buffalo milk. As the first rays of the sun beam on the city, the lassi in the tanks finish and one has to wait for the next day to have another go.

Dahi (Yoghurt): Yoghurt in Pakistan is generally made from water buffalo milk and is stored either in wide and flat stainless steel containers or large earthenware dishes. It is sold by the kilo and is packed in transparent bags before taken away for consumption.

Doodh Patti (Milk Tea): A custom since the days of the British in the Subcontinent, doodh patti is infused by boiling pulverised black tea leaves with milk in pots. When the tea is completely brewed with the milk, it is filled into cups or glasses from a strainer.

Sabz Chai (Green Tea): Also called as ‘qehwa’ or ‘Suleimani chai’ in some regions, the green tea is also brewed with elaichi (cardamom) and largely consumed by Uzbek and Pathan communities.