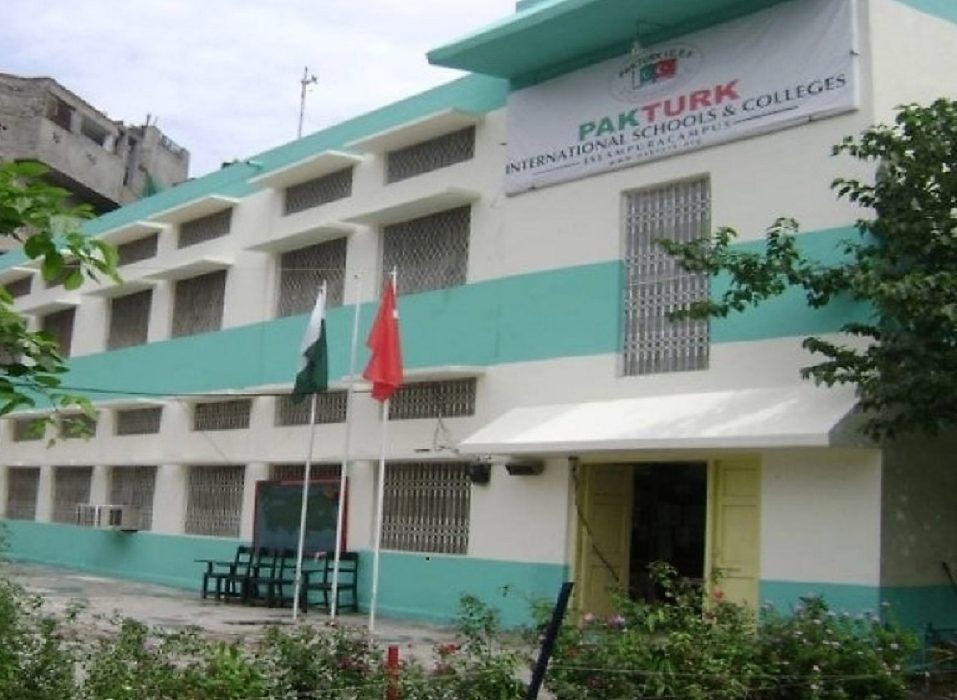 Educationist Doğan Yücel is one of many who witnessed the gradual spread of the PakTurk Schools to Pakistan. He related a first-person account of how and under what conditions a school was opened in Islampura in 2003, when financial resources were scarce.

Between 2002 and 2004, PakTurk Schools had only one branch in Lahore. I arrived in Lahore in August 2004. I took Turkish lessons at the school in Islampura. I relate the first-person account of Mr. Harun, who supervised the leasing this school from the local government authorities in Lahore:

“As of 2003, one school building each in Quetta, Multan and Khairpur Mirs had been leased to our Foundation by the local government authorities. I arrived in Pakistan in January 2003 when Mr. Halit Esendir was there. At that time, I visited all of those buildings that were leased from the state. In March 2003, Mr. Halit told me, “We need to find similar school buildings in Lahore.” Immediately, I started searching in Lahore.

Meanwhile, I checked to know if we could lease a building from the Ministry of Education. A bureaucrat from the Ministry directed us to different organizations and foundations. I was told a lady named Seema Aziz had established a foundation herself and leased about 200 schools from the local education authorities this way. The bureaucrat at the Ministry of Education told me, “If you contact Ms. Seema Aziz, you may take over some of her schools or collaborate in different ways.” Later, I visited Ms. Seema Aziz with a delegation including Mr. Halit. We wished to know what kind of an educational system she had set up or if she had any school she wished to transfer. We talked to her, but could not obtain the result we wished. Therefore, we applied to the Ministry of National Education once again.

The local mayor’s support paved the way for us

Later, the Ministry officials took us on a tour of two or three schools in other districts in Lahore. However, the buildings were rather dilapidated. What’s more, classes were underway. That’s why we did not wish to take over those schools which needed extensive repairs. It would not be right to interrupt children’s education during the transfer and repairs. Sometime later, we met the mayor of the civilian district in Lahore. When we visited his residence, we talked about our school plans. He said he did not any school in his jurisdiction, but that he could see if there were any suitable buildings under the Ministry of Education in his district.

After a while, he sent us news about a school in Islampura with 45 students. He informed that the school was in his district and that it might be suitable for our expectations. We wrote a letter to the Lahore Chief Commissioner’s Office through his recommendation. The Chief Commissioner’s Office responded positively and the officials granted our request for the school in Islampura. Eventually I went to see the school building with some colleagues. After reviews, we decided we could take over the school in May 2003. Having completed the official correspondence in June, we prepared the agreements. Since Mr. Halit was in Turkey back then, I had the signatory authority. I and Lahore Chief Commissioner Mr. Khalid Sultan signed the transfer and lease agreement. Later, I even joked – mentioning the name of the Chief Commissioner – to Mr. Halit Esendir, “He’s Khalid Sultan, and you are Sultan Khalid!” With these signatures, we obtained the right to use the school building. Since there were 35-40 students back then, we waited for the end of the academic year to take over the school completely.

Only 10 students took admission in the first year

Meanwhile, Mr. Halit left Pakistan. No renovations or repairs were made in the building until September. In September or October, we kept on researching how we could set up the school building. Back then, a teacher colleague and his wife had opened a kindergarten in Cavalry Ground. He was considering to close that school for several reasons. We requested him to follow up the affairs of the newly-acquired school in Islampura as an administrator. In January-February 2004, the forthcoming works about the Islampura school took shape.

We distributed 35-40 students of this school to other schools. We retained some students. In March, a colleague arrived from Quetta and became the principal of the school. Things got back on track. As of April 2004, we had intensified our efforts to find new admissions. I think we could start the new academic year with only 9 or 10 students. Since I had other duties in Islamabad back then, I could supervise the developments from afar. Later, I left Lahore permanently, but I kept visiting from Islamabad until Mr. Turgut arrived in Lahore in March 2004. I was both attending my own official duties in Islamabad and striving to follow up the works in Lahore by driving there 400 kilometres every week. Yet, remote supervision could succeed to a limited extent.

They offered three more schools but we had to decline

Until March, we painted and renovated a few classrooms of the Islampura building. We had to delay the major renovation works until the summer. In the summer of 2004, we completed the renovation of the single-storey building to a large extent before our schools started the new term. We placed in the classrooms the desks and chairs we had arranged from other PakTurk Schools. We set up the principal’s office. A few rooms of the school had been used by the security guards and some locals, so we had to vacate them. In July-August, we overhauled the missing parts across the building. The real renovation was done a year later, in 2005, by constructing an upper floor to the building.

Besides the school building in Islampura, the authorities had offered us to take over three more school buildings. I had visited those schools and witnessed their condition. One had 120, another 90, and another 300 students. We thought if we could do something about those schools, but our resources were limited and we decided, ‘Let’s fix our existing schools first.’ We said “Sorry!” and could not accept the offer.

Back then, the public education system in Pakistan was also in financial trouble. School buildings could not be overhauled. I witnessed examples. The officials had referred us to a school and said, “You may take that over if you wish.” I think it was December, when I visited that school. There were a couple of long rooms at the entrance, but there was almost no one inside. The playground of the school was teeming with students. We entered the building where there were about 120 or 130 students. I talked to the school’s official and asked how many students they had. I was surprised when he said ‘1650’. I asked, ‘Well, where do those students sit?’ The answer was again surprising: ‘In the playground’. I looked at the playground once again; they had painted one wall in black and students were sitting in front of it. Turns out it was a classroom. I looked at another wall, which they had painted in green, that served as a blackboard. A teacher was with a standing board and he had placed it under a tree. That way they continued the lessons. This school was in central Lahore.

Mr. Khalid, a bureaucrat who was also the landlord of my residence in Cavalry Ground, wrote a positive security review about us. The mayor of Islampura district put the essential signatures on transferring the building to our Foundation. We had been in the same Turkey tour in 2006. We had presented the plaques he had prepared to the people we met in Turkey. He had assisted every Eid al-Adha in many ways, such as having the school yard cleaned, assigning police protection to the place where the sacrificial animals were slaughtered, removing a large water pump from the school playground, and issuing the building permits for the upper floor of the school building. May he live long!”

When I had visited the school in Islampura in August 2004, it had around 40 students in the three-tier pre-school and the primary grades 1 to 3. In these two years, all classrooms were full. Politicians from different parties and the mayor visited the school and requested for new admissions. The single-storey school building had become jam-packed and kept on receiving large number of student admission requests. We reinforced the columns and the walls across the ground floor and built additional classrooms were built on an upper floor. World champions emerged from the children of that underprivileged neighbourhood. Heartfelt thanks once again to all who placed bricks upon bricks and all who paid for and oversaw the renovation.”

Part Six: Opening of the first PakTurk School in Lahore