Mirza Kalich Beg: The impressive genius I came to know while writing a thesis on Urdu 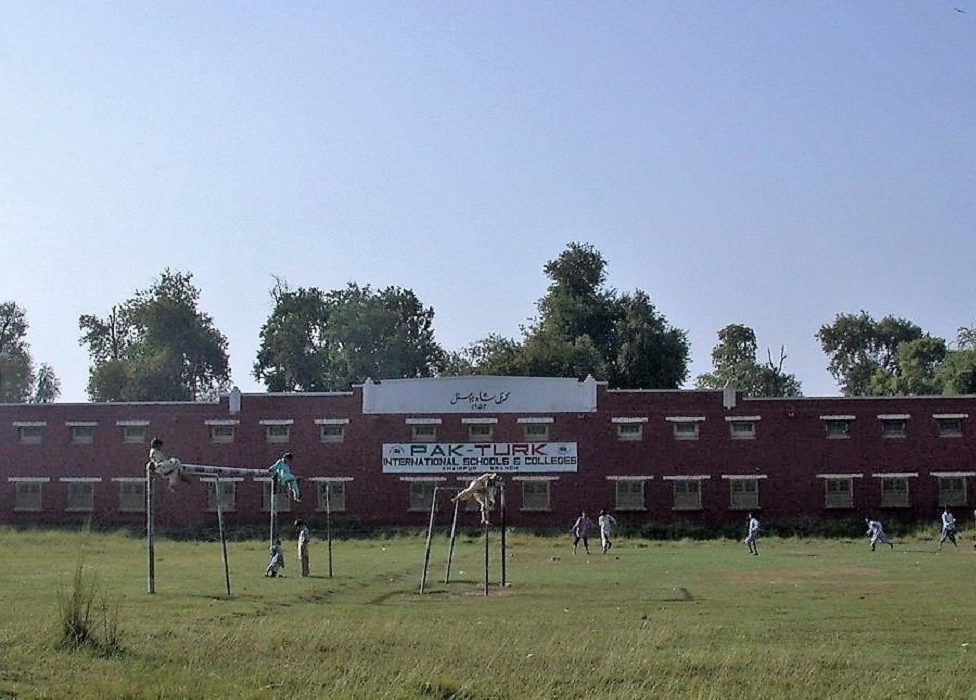 Education volunteer Fatih Çapar wrote about the first year he spent in Pakistan, where he went to study at university, and what he experienced during his vacation trip to Turkey right after. Çapar also wrote about the news his friends received of their beloved family members’ death and the sadness felt while moving from the old dormitory building…

While our first year in Khairpur Mirs was ending with its ups and downs, Salim, one of our mentor friends with whom we had become more closer than brothers, had to move to another city because there was no English department at the university in Khairpur Mirs. He had decided to go to Lahore. Salim was talented, had a commendable mastery in Turkish and disciplined. That’s why, despite studying with his own means, he had learned English quickly, even better than the university students there.

It was time to part… We got into the rickshaw. While we were leaving the dormitory which would be deprived of Salim’s presence from then on, the shrill din of the traffic, the stifling heat, profuse sweating, longing for home… all had gone into the background and remained hushed. We knew we would miss Salim, who would recite the Qur’an with his beautiful voice alone in the study periods, so much. Salim said that day, “Brother, Allah has blessed me with so many beautiful things here. I am amazed how someone like me who lived Istanbul to the fullest and could not even fit himself in Istanbul could stay in Khairpur!” We sent our brother off and returned home… we were sad.

When he had gotten up one morning, he had said excitedly, “I saw Rasulullah (sallAllahu alaihi wa sallam) in my dream. He was looking at me”. Salim mentioned that while he was in Turkey, he had a life of drinking with his friends and singing with a guitar in his hand. He would always say “Brother, please study English” and invite me whenever he sat down to study. He studied twelve hours a day and lived his life at the extreme. I always envied his sincere and frank demeanour.

The summer vacation was around the corner. We had learned as much English as we could, and the sweet thrill of our forthcoming trip to Turkey was alive. Our students were sad. They prepared to see us off to our journey. We were not surprised when we heard Mr. Harun had wept in front of his students because he was to leave them for two months, but we too were very touched.

And when we landed at Istanbul Atatürk Airport, I had different feelings. We got on the subway. I chatted with my friend Mehmet from Khairpur and friends from Karachi on the way. A relative with a sour face had received Mehmet at the airport. Mehmet, meanwhile, was cheerful as always. Two days later we heard Mehmet’s father had passed away a few months earlier and his family could not tell him about that. When we were in Khairpur, Mehmet used to tell me, “I haven’t talked to my father for two months; whenever I call, they say he is somewhere else.” May Allah rest his soul in peace…

Our homecoming vacation began. It passed pretty fast. Each day had its own value. Although we had brought Pakistan’s best mangoes, our family members did not like their taste. My four-year-old niece adored and loved mango. “Of course, one loves mangoes when one has no prejudice!” I would say as I tried my best to praise the king of fruits.

I was in a bad mood until I met Brother Taner

And the holiday was over. As our flight time drew nearer at the Atatürk Airport, I saw renowned Brother Taner for the first time during the check-in and luggage submission process. He was with his wife and in a heated argument with a PIA check-in staff. The more Brother Taner got angry, the more he wiped his sweat with the towel on his shoulder. Brother Taner, finally successful in overcoming the usual banter about loading luggage on a PIA flight, completed his check-in. It was my turn to hand over my luggage. Soon, I was rushing with my boarding pass in hand towards the flight gate. The first year I had taken my flight to Pakistan with a suitcase weighing only 14 kg. It was the second year and my luggage weighed around 30 kg, but that was still nothing. I understood this in the following years. I knew well where I was going. Since I was leaving Turkey, I was sadder than in the first year.

I got on the plane with my head in dark clouds of glum, thinking ‘What will happen if I graduate from a university in a place like Khairpur Mirs?’ I was not in the right mood until Brother Taner came to me. I immediately introduced myself. He told me I had done so well by choosing Pakistan for my education and told me he had passed the TOEFL and that one could also serve after learning Urdu. (Eight years later, we would be next door neighbours with this precious family I had met for the first time in the summer of 2007.)

Having breakfast at the Lahore Train Station like a fakir

After landing in the capital Islamabad, I bought a train ticket to Khairpur Mirs and sat in a six-person berth. There was no one else in that berth. Curious, there were only 3 or 4 passengers traveling in that large carriage. Traveling alone in that berth and my heart heavy with the sadness of having just left my country, there were moments I felt as if I was trapped in a grave. It was as if I was traveling a course between universes, not within Pakistan. After a long journey, we reached Khairpur Mirs.

A while after settling, we took the 12th graders on a tour to the capital city Islamabad as part of their university visit. Oh, it was again by train, of course 😉! The only scene I remember from that trip is Mr. Salih, draped in a local shawl named ‘pattu’ and trying to have breakfast at the Lahore Train Station with roti and feta cheese he had brought from Turkey. Although he looked like a typical fakir, his sincerity, altruism, self-sacrifice and admiring glances of his students inspired a profound atmosphere.

Sadness galore as we moved the dormitory from the old building

The new manager of our dormitory was Mr. Kenan. Having recently arrived from Turkey, he was busy acclimatizing to Pakistan. Unfortunately, in the first weeks of his migration, he received sad news and learned his mother had passed away. He rushed to his hometown to fulfil his last service to his mother. I will never forget his return. He entered the dormitory hall and hugged us all with moist eyes. We couldn’t ask him anything at that moment. If we made the slightest condolence remark, we knew he and we would burst into tears that moment. Involuntarily everyone turned to feign watching TV. We had been watching the STV drama series Yeşeren Düşler (Fledgling Dreams). Right at that moment was a sad scene depicting the death of the lead actor’s mother. No one could change the channel. We just stood there and watched. After a while, Brother Kenan left the hall… and we all looked at one another, bashful… ☹

Since it was an old building, the walls were humid with seeping water. They could not remove the problem. Beaten by endless repairs, we decided to move. That day was my saddest day in town. Looking at the plaque that read “Halit Esendir Hostel” at the entrance, everyone, including the students, was bitterly upset as the bunk beds and the furniture were moved one after another.

Part Four: Interesting events we experienced while adjusting to Pakistan