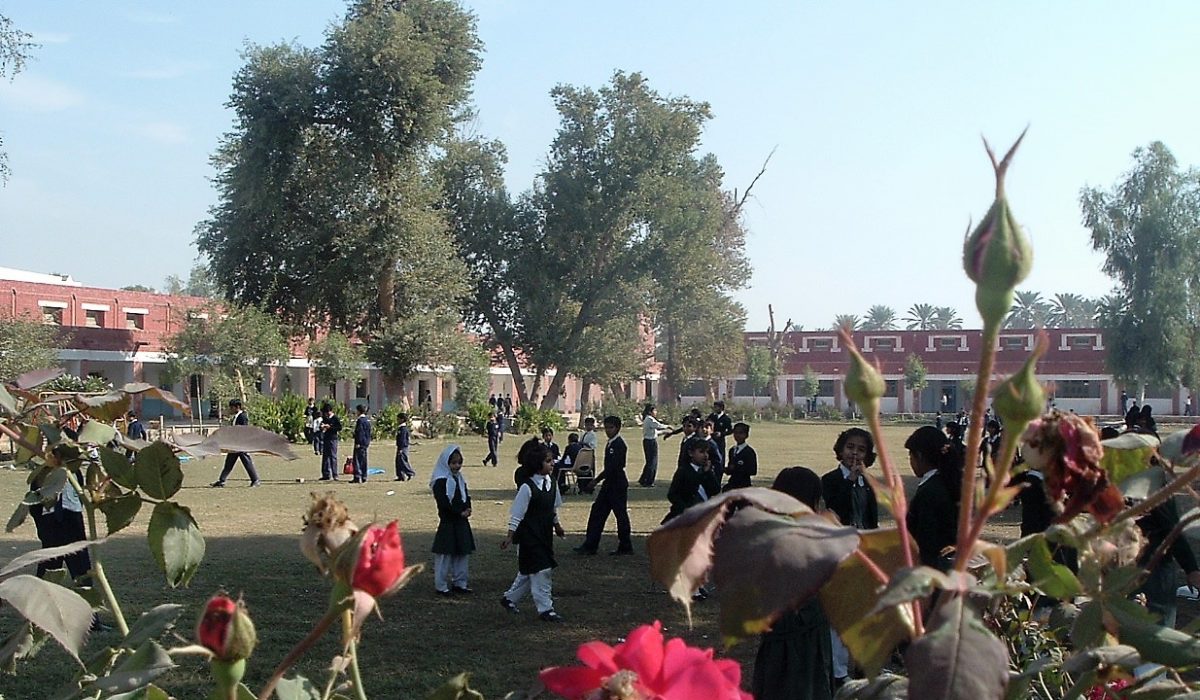 Education volunteer Fatih Çapar wrote about how he and his colleagues acquainted with locals and developed their relationships in Pakistan, where he went to study at a university. Çapar also related his experiences in the dormitory where he first worked as a mentor.

During our adjustment to Khairpur Mirs and Pakistan, the bewilderment and hardships often begot blessings and affection. That taught us patience and empathy. Every Friday we went to the mosque 500 meters away from our dormitory and we would always be eyed with bewilderment. We didn’t dress like the locals; they didn’t even believe we were Muslims at first because we wore trousers and shirts.

In Pakistan, after the Friday prayer at the masjid, two people would hold from the edges of a cloth and pass in front of the whole congregation to collect charity. In small places, imams made a living thanks to these aids. In the mosque we frequented was a skullcap and those who prayed in front of it used to collect charity. It was an unwritten rule. One Friday, I found myself aligned in front of the skullcap. After the prayer, I took the cap and collected the donations by walking in front of everyone. What was normally a ‘simple thing’ for every Pakistani, was received as a great gesture by the congregation and our students. The congregation, which normally did not talk to us much, expressed their prayers by saying, “May Allah accept your deed!”

The congregation at the mosque greeted us every time we went there. My students said, “Your gesture made us so happy!” They thanked me and this made me adapt to circumstances which I could otherwise not get used to later on.

Meanwhile, the month of Ramadan was nigh, and we, who had just arrived in the country, were worried about the hot weather and power cuts. 😊 I wonder how the holy month of fasting would go. Like every year, Pakistan started the month of Ramadan two days later that year. It was the first day for us and we were fasting. We decided not to tell it to the students. While I was trying to cope with the heat of September and the hardship of the first day of fasting, the students invited me to play a soccer match. I had worn my pair of crampons when someone said, “It will be warmer at 5 p.m.” We played the match; I could hardly stand from hunger, thirst and heat. In my dorm room, there was a room cooler the size of a washing machine, with a block of ice in it. I dropped myself on the bed the moment I passed in front of it. I just lied there staring at the ceiling until iftar.

We experienced the scene we saw in the movies in the house we were guests!

The first Ramadan was cooler and better than I expected. We visited the students’ houses on invitations. We realized how hospitable the people were. I was astonished by the fact the tarawih prayers were performed with khatm-e-Qur’an and that at least 5-6 people from the back rows corrected recitation mistakes if ever committed by the imam. It was then I realized there were many huffaz in the country. Dinner invitations, tarawih prayers and iftars were held in a different atmosphere, and the spirit of Ramadan was felt everywhere.

Speaking of invitations, one student, who was financially well off, invited all the mentors and teachers to dinner. I cannot remember exactly whether it was Ramadan or not, but we experienced a scene we can only see in old movies. A long table was set up outside and pedestal fans were placed behind almost every chair. We ate and chatting over frequently arriving dishes, a friendly atmosphere of conversation formed under the stars, until the electricity went out.

Seeing the dormitory as clean, the students were surprised, but realized who had done it

The power interruptions were routine, but what happened next was very thought provoking. At the instruction of the host, the servants came with large hand fans made of reed and cooled us. Even though most of us said, “No need, please!” they did not listen and they continued. I can’t remember if it was because the host felt our discomfort or the generator kicked in, they gave up after a while. I thought that was a sign of hospitality of our host that evening, but later we discovered it was also a tradition. That was how wealthy families in rural areas cooled off during power cuts.

It was mid-Ramadan and Abbas, who did the cleaning of the dormitory, took leave to return a day or two later. Although we waited a long time for his return, he did not come. We couldn’t find a new janitor for a while. We had to go to the university during the day and the students would return from the school by late afternoon. There was no one in the dormitory during the hours when it had to be cleaned. The dormitory got more polluted on each day. The lavatory, which was already problematic by its physical conditions, had become even worse. Brother Bilal, who was always an example for us mentors, said, “I’m starting to wash the lavatory, will you vacuum the rooms?”. We replied, “Why not, brother?” While the elder brothers cleaned the lavatory, me and Savaş vacuum-cleaned the rooms. When the students returned, they stared into our eyes; they understood how the dormitory had been cleaned, even though we tried not to let it show. Let’s not be unfair, students were always willing to help us in dormitory-related matters.

After that day, we looked under the beds to see if there were any snakes

I stayed in Khairpur Mirs for 1.5 years and I always missed the sincere atmosphere of that dormitory in the years that followed. Sometimes we experienced fearful moments there. Yet, the composure and courage of our dormitory manager, Mr. Yunus, nicknamed “Bahadur” by the boarding students, helped us overcome troubles. A small fire broke out in a storage room where we kept a spare generator. Faced with a short-term panic, Mr. Yunus simply entered the storage room and extinguished the fire with calm, preventing a major disaster.

Once, the janitor and cook of the dormitory cried out when they saw a snake in their room. When we rushed to check with Mr. Yunus, we saw a half-meter yellow cobra snake. Mr. Yunus relieved us by trapping and neutralizing the snake with cricket bats. However, for the next few months, I would wake up occasionally at night and look under the beds and sofas with fear, wondering if there were any snakes.

Part Three: The hard work and harmony of the students warmed our hearts