What ensued in the business trip of the Karachi Chamber of Commerce to Turkey?

English teacher Gönül Barış (3): I experienced the most significant ‘firsts’ of my life in Quetta, what befell me on my way there was like a movie scene

What ensued in the business trip of the Karachi Chamber of Commerce to Turkey? 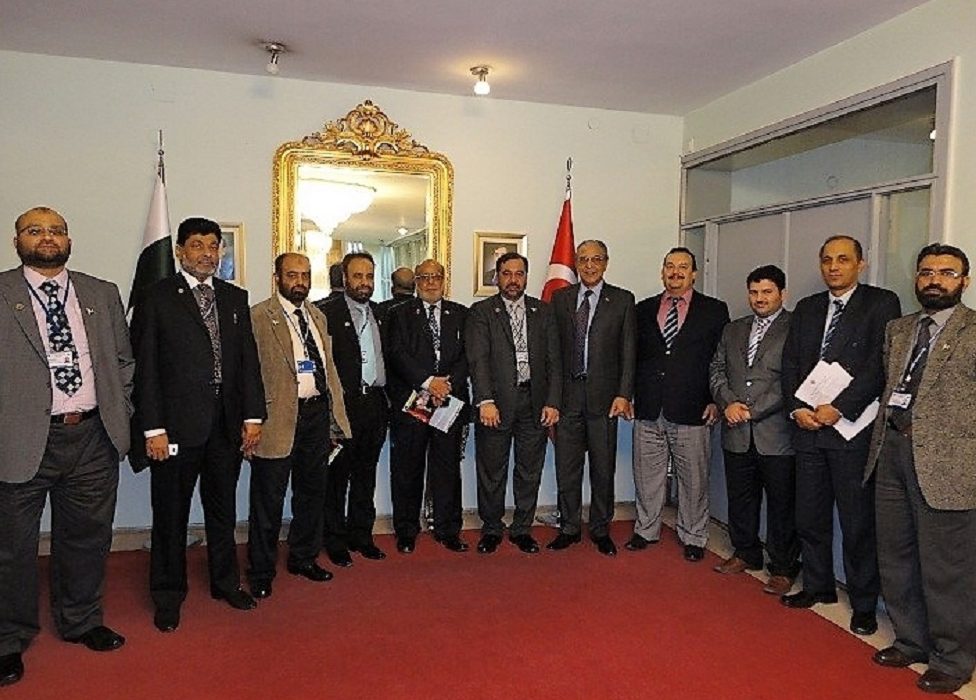 Besides his teaching commitment at the PakTurk Schools, educationist Doğan Yücel also volunteered in the businessmen’s association founded to further trade between Pakistan and Turkey. Yücel narrated the Turkey tour they organized with the president and members of the Karachi Chamber of Commerce and Industry in 2011.

We organized a one-week trip to Turkey between the end of February and the beginning of March in 2011. The participants in this trip were the president and executive board members of the Karachi Chamber of Commerce and Industry (KCCI), Pakistan’s largest chamber of industry and commerce. Back then, Turkey had imposed additional customs duties on textile products from Pakistan. Several businessmen from the KCCI management had gone to Turkey for business and touristic trips before. However, for the first time, KCCI was to visit Turkey for a commercial trip with an administrative decision.

I scheduled the visits. The commercial attaché of the Turkish Consulate General in Karachi assisted in official contacts especially in scheduling an appointment with the Turkish Undersecretary of Foreign Trade. The notes kept by the presidential clerk of the Karachi Chamber of Commerce and Industry during and after the trip were later published in several newspapers and media outlets in Pakistan. Doing business with Turkey occupied the agenda of the business circles in Karachi. Our second child was only 10 days old when I went to Turkey with a delegation of businessmen. It had been a week since he had been released from the hospital. Under those conditions, I went on a one-week trip to Turkey.

We organized such and similar trips sometimes by covering our own expenses to have the business circles of the two countries to know each other and boost their trade. You will find detailed information about general proceedings of those trips in this article. All our activities were transparent and mainstream.

Mr. Mustafa Babur Hızlan, Ambassador of the Republic of Turkey in Islamabad, sent a letter of recommendation to the KCCI President Muhammed Saeed Shafiq to consider participating in the 25th convention of the Confederation of Asian Pacific Chambers of Commerce and Industry (CACCI). The program, attended by private sector participants worldwide, was titled ‘Asian Trade: Redefining Priorities Amid Changing World Economic Balance’.

This conference was to be hosted by the Union of Chambers and Stock Exchanges of Turkey (TOBB). President Abdullah Gül was to preside the opening ceremony as the chief guest. Muhammad Saeed Shafiq, Head of the KCCI Business Delegation, accepted the invitation and recommendation at the highest level, and initiated the creation of the KCCI Turkey Senior Business Delegation. Likewise, invitations were dispatched to the current and former board members. In a short time, a delegation of seven people was formed to visit Turkey led by the KCCI President Shafiq.

Among the objectives of the trip were ‘exploring Pakistan-Turkey bilateral trade prospects, implementation of the ECO High Speed ​​Train Project (Islamabad-Tehran-Istanbul), providing rapid access of Turkish goods to Asia via Pakistan, and ensuring that Turkish government officials exempt Pakistan from protective measures/additional taxes on exports of textile products. Led by the KCCI President Shafiq, the high-level delegation held meetings with Turkish government representatives and interacted with business and trade organizations in Ankara and Istanbul on March 3-8, 2011. Shafiq also attended the 25th CACCI Conference in Istanbul.

On the first day, we arrived in Istanbul on the Turkish Airlines’ scheduled flight and reached Ankara early in the morning on a connecting flight. We left the airport terminal and got in our vehicle on our drive to the downtown Ankara. Meanwhile, an entourage of three vehicles sounded their sirens and drove past our van. When some from the visiting chamber of commerce asked about the entourage, I said, “This is the president’s entourage.” They didn’t believe me, so I showed them the number plate of the car. They were surprised. The President was driving accompanied with only three vehicles and no police escort. I explained this was normal in a place where democracy and human rights prevailed. (Back then, Turkey had just held the ‘2010 Referendum’, the most democratic form in the its Constitutional history.)

After checking in at the hotel and resting in their rooms for a while, the visiting businessmen attended business meetings with their Turkish counterparts from the Anatolian Businessmen’s Federation (ANFED). In his meeting with the ANFED Chairman Doğan Kaynak, KCCI Chairman Muhammed Saeed Shafiq emphasized the most urgent need to develop bilateral trade relations between Pakistan and Turkey and stated the great and unexplored potential in trade relations. He also invited the ANFED members to attend the ‘My-Karachi, Oasis of Harmony Fair’ organized by the KCCI. ANFED Chairman Kaynak responded by terming Pakistan a brotherly country and that they were eager to do business with their Pakistani colleagues. ANFED Secretary General Cuma Kılıç introduced their federation consisting 16 subsidiary businessmen’s associations with 2,500 members. He said the federation regularly held meetings with international trade associations and that the members of their respective associations would be pleased to interact with the KCCI members for business.

The problems posed for textile exports were discussed

After the meetings, businessmen took their lunch and during the lunch they said, “We should not leave without visiting the Embassy of Pakistan!” We visited the Embassy of Pakistan in Ankara. Mr. Ambassador Sardar Tariq Azizuddin warmly welcomed our delegation. He appreciated the initiative of ​​visiting Turkey with such a high-level delegation. KCCI President Shafiq thanked the Ambassador for receiving the delegation at short notice. He listed the several problems hindering Pakistani economy from picking pace in industrial and commercial activity. He then said the Turkish government considered imposing additional taxes on textile exports to Pakistan and how this would lead to decrease in the foreign currency reserves, so he requested the Ambassador to contact the Turkish authorities to implement an exemption. Shafiq emphasized that Pakistan desperately needed access to the Turkish and European Union markets. He thanked the team of Turkish doctors who visited Pakistan and treated the affectees of the devastating flash floods. He underlined the urgency of addressing and mending the negative perception towards Pakistan especially from the European Union and other countries.

The Ambassador said the rival textile producing countries were engaged in negative propaganda because they did not want Pakistan to succeed in exports. He also stated the head of Pakistan’s Trade Development Authority had met with the Turkish Minister of Foreign Trade and Deputy Prime Minister Ali Babacan for exemptions, but a favourable response was anticipated.