‘I understood why I had to endeavour to educate myself’ 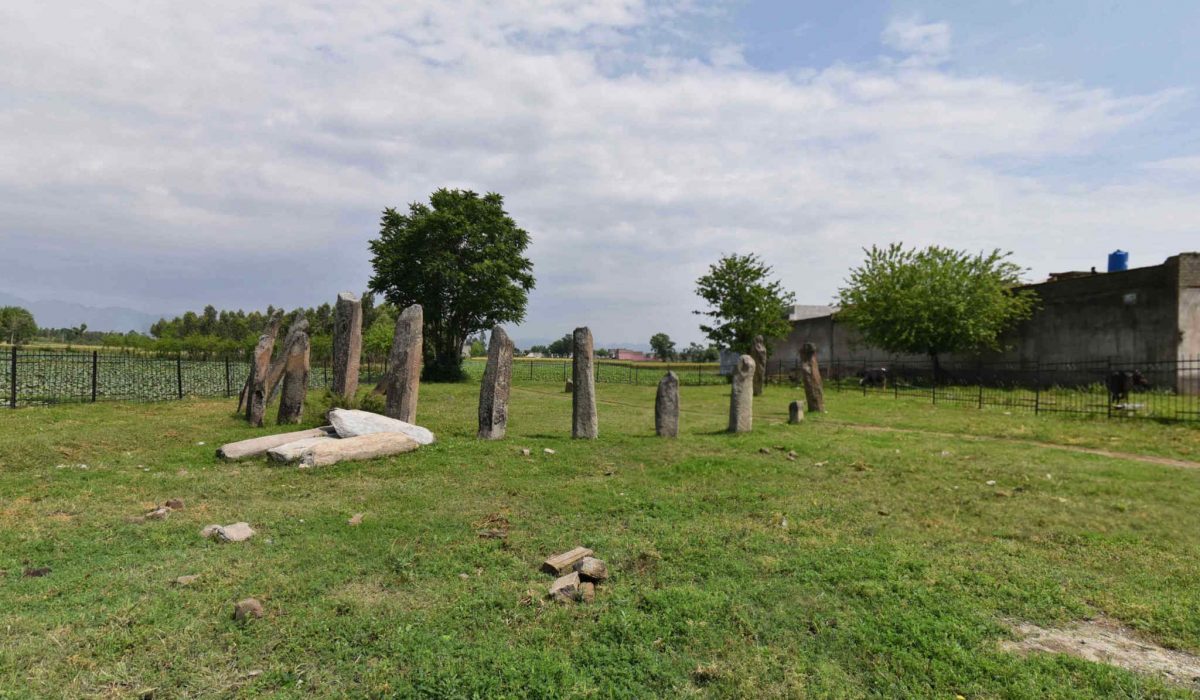 The village of Asota Sharif, located 30 km north-east of Mardan, one of the important cities of Pakistan’s Khyber Pakhtunkhwa province and in the Swabi region, is home to a world heritage. Asota’s name comes from the Sanskrit words Auss (upright) and Watta (stone).

The region which gave its name to Asota, where the prehistoric monumental stone structure called “stonehenge” or “menhir” as seen in different parts of Europe and England, is popularly known as Lukoto Baba or Lukey Gatey. The addition of the title “Sharif” to Asota, one of the oldest settlements in northwestern Pakistan, is a sign of respect to the venerated saint Hazrat Hameedullah Babajee, who contributed to the spread of Islam in the region.

Once the cradle to the Gandhara civilization known as the Land of Fine Fragrances, this region in the northwest of Pakistan gained importance with strong city states in both religious and commercial terms especially up to the 5th century AD and was also one of the centers where Buddhism and Hinduism spread to Central Asia and East Asia. Thought to have been built by a sun-worshiping civilization that lived in this region between 2500 and 3000 years ago, the Asota Megaliths (monumental stone structures) consists of single limestone pillars of approximately 3 meters high each placed in a circular setting.

Ruins of a sun temple?

Nowadays, only 16 pillars of the Asota Megaliths are standing. Archaeologists state that this stone circle is the remains of a sun temple built by the Saravish who lived between the 5th and 6th centuries BC and, according to archaeological research, it is thought that the structure, with its borders in the form of a stone circle, had 30 doors each of which was used on a different day.

The cutting and arrangement of the obelisks brought from the hills close to the region brings to mind questions like who these people were, why and how they built such a monument, and how important were each stone in the formation.

According to archaeological findings, the first human settlement in the Gandhara region dates between the Late Neolithic period around 5000 BC and the Early Bronze Age around 3000 B.C. The land where today’s Pakistan is spans a geography that has been the cradle of numerous earliest civilizations of humanity like the Mohenjodaro. The archaeological findings found around the Asota ruins show that the people of the region lived in an urban setting consisting of houses made of baked mud and that they had both social and religious concepts.

Considering that there is an ancient cemetery area near the Asota Megaliths, each stone in this 21-stone monument is thought to be erected to commemorate a hero or an important person, or each stone represents a grave. Archaeologists state that more detailed findings can be obtained as a result of excavations in this cemetery area.

Villagers living in the region also tell a legend about Asota: “A group of looters attacked a wedding ceremony that was once held in Asota with the attendance of many people from the surrounding villages. When the looters started to kill people, the wedding party prayed to Allah to protect themselves from the evil looters. Allah accepted their prayers but turned each one to stone. This was how the robbers could not harm them. The villagers have passed this legend to each other for generations, saying that the stone pillars are the petrified bodies of a wedding party including the bride, groom, the couple’s parents and relatives.”

The danger that awaits historical legacy

The systematic study and investigation of these obelisks will give some clues as to how mankind used the changing positions of the Sun, Moon and stars to make time and calendar calculations in the periods of humanity. There is no doubt that Asota is a unique world heritage site, along with other sites of obelisks and monuments seen in England, Ireland, France, Senegal and elsewhere around the world.

Unfortunately, while being as significant an archaeological and touristic attraction as Stonehenge in the Wiltshire region of England, the Asota ruins, which have been overshadowed for years and surrounded by dense settlement, face sooner and potential damage and may take a precious legacy of human history to oblivion with itself.