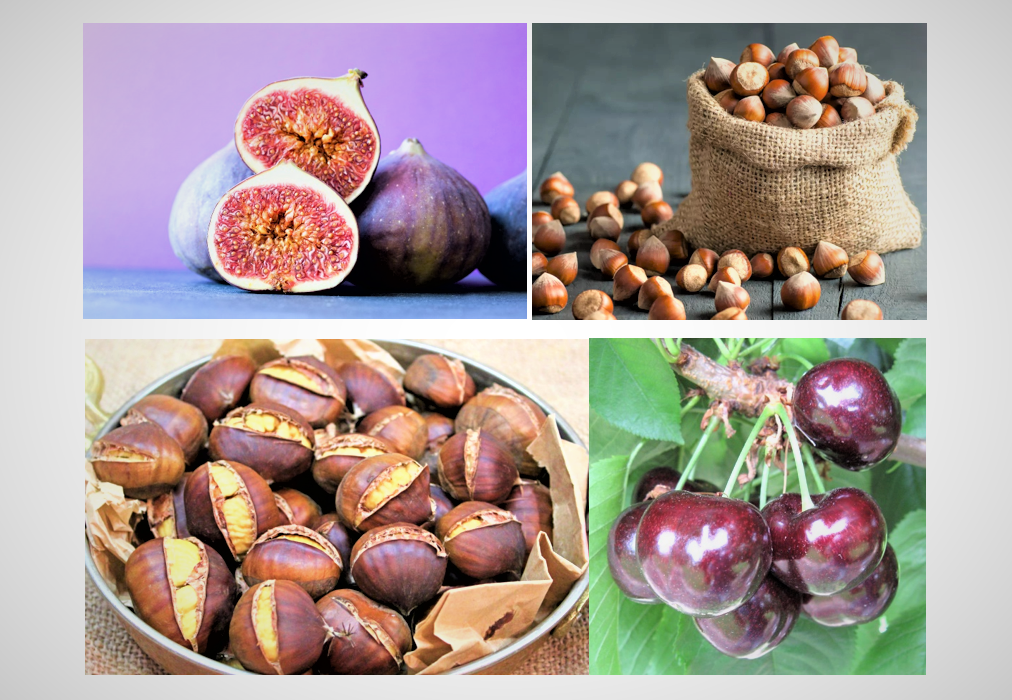 The Subcontinent is home to the monsoons and desert climates, excluding the Himalayas in the north. There is also humidity in places with a very hot and rainy climate. Therefore, fruits grown in continental climate do not grow here.

Interestingly, although there are places in Pakistan where olives can be grown in terms of climate, there are almost none. Therefore, for us Turks who consider “cheese and olives” as the fixture of the breakfast, it was almost the half of the breakfast did not exist 😊. That’s why, we had to take the utmost quantity of olives within our weight limit on our return flights to Pakistan. Fortunately, there was always a kilo or two room in our luggage for olives. Although we ate them frugally, they would be finished after a few months.

The next thing would be to buy tasteless canned green olives from several grocery stores in Lahore until the next summer, or wait for a friend to bring Iranian olives from Quetta. In the meantime, perhaps someone would go to Turkey for a short visit and return with a bit of olive and some Turkish delights. Turkish delights would be consumed within a meeting, and those who could not have the heart to help themselves to a second or third one would take them home and share them with their spouses and children.

As for the olives, they were treated like sultans. One kilo of olives was measured in cups and distributed as per the number of people in the family. After coming home, some families would count the olives and set the rule to eat seven olives daily at most.

Figs, for us, was certainly the holder of a few kilos in our suitcases returning from Turkey. Our Pakistani friends would purchase large quantities of figs during their trips to Turkey. There was a time when we purchased many packets of figs during a trip in Bursa. Meanwhile, it would take years before we could eat some green figs.

Quetta’s climate was conducive for quinces. I did not know whether they were imported from Iran or grown in Quetta. However, we would request our friends in Quetta a month before the meetings to bring us at least a pound or two. The smell of its presence would be yearned at the times of its absence. Once found, it would be like meeting a friend who had been away for a long time.

Chestnut would be one of the most indelible memories left from the trips to Turkey. Especially if we were in Istanbul in winter or cold weather, either we or one of our Pakistani guests would purchase some and offer to the rest of the group. They also knew about this special fruit from their trips to Europe. Albeit very rarely, sometimes friends would bring chestnut candy from Turkey for their Pakistani friends. Some of us would share a pack of those cherished candy with friends saying, “No matter what!”. It would feel as if something of gold or silver was offered.

They were brought from Turkey just for a small taste. They used to the place of their own in our luggage returning from summer vacations to be placed on desserts like sekerpare and revani. There was a businessman in Lahore who conducted trade with Turkey. Sitting in his office one day, he asked me, “You came from Turkey, did you bring hazelnuts?” As a couple, we had brought a two-pound pack from Turkey. I said, “I could only bring a pound.” Two or three days passed. While checking the kitchen cupboards with my wife, we saw that one of the two packets of hazelnuts had gone mouldy and rotten. All the hazelnuts in the packet were inedible. We had to throw away a kilo of hazelnuts. The contents of the other bag of hazelnuts were intact. We did not have the opportunity to consume a kilo of hazelnuts, which I was jealous of giving as a gift, albeit involuntarily.

It is a fruit that can go in a suitcase for a day or two in a plastic bottle without removing the seeds. A friend’s wife did not know this detail and she removed the seeds to fit more cherries in the bottle. At that time, airline passengers were allowed to carry liquids in their suitcases. Since suitcases were handled roughly while being loaded on the aircraft, she took the bottle along as a hand baggage. However, this acidic fruit, of which seeds had been removed, discharged gas thoroughly both from the heat and motion. During the journey, the cherry bottle could not stand the gas compression any longer. The cherry juice scattered and dyed everywhere in the colour of blood. Hence, both that friend’s wife and other friends who had not known that fact learned that the seeds of the sour cherry on a short trip had not to be removed.

Cherry is a fruit that can only be found around Peshawar in Pakistan. We made a trip to Turkey in June 2008. It was the cherry season in Turkey. We visited the Cay district of Afyon province. We requested to a farmer who had an orchard to allow us to pick some cherries. While stepping into the orchard, I had warned my Pakistani friends, saying, “Please pick the fruits by snapping their stalks from the branches.” First, they started eating from the Napoleon cherries. After ten or fifteen minutes, they started to fill the sacks they found in the garden. However, the time was limited and the sacks were larger, they started breaking the branches of the cherry trees. Two sacks of Napoleon cherries were gathered in a short time but which pieces of leaves and branches intact. The farmer’s face went all shades of purple in the meantime due to the manner of cherry-picking☺. The collected cherries were completely finished in the van on our way to Istanbul.

It was yet another trip to Turkey in June. That time, we stopped in Eregli district of Konya on our way from Tarsus to Nevsehir. One of hosts offered us two crates of white cherries. It did not take even half an hour for us to finish these cherries, of the kind exported to Europe.

In Pakistan, plum grows mainly around Quetta and in the cooler regions located in the north of Peshawar. Therefore, it would not be found in large cities such as Lahore and Karachi.