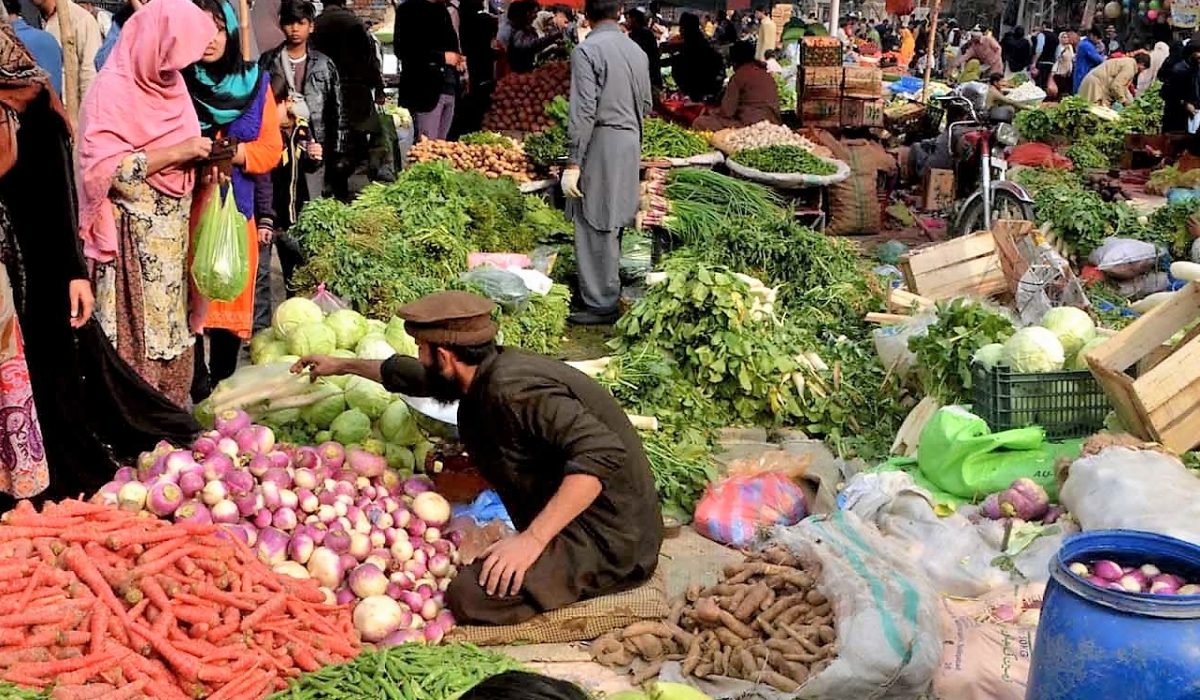 Researcher Doğan Yücel, who previously showcased the fruits of Pakistan in three different articles, wrote the about the vegetables of Pakistan this time. Telling about Pakistan’s popular vegetables based on his own experience, Yücel also listed the vegetables which Turks could not find there.

This vegetable which looks like cucumber is cooked with meat. It is green in color and its skin is crusty. It has a very bitter taste. It is one of the vegetables that Pakistanis love very much.

I went out with a math teacher flatmate of mine to buy vegetables from the market to prepare a salad. We purchased tomatoes, onion, the like. We saw a cucumber-like lumpy vegetable on many stalls. We thought it was the local cucumber and so we purchased two kilos of that. We chopped it for the salad and sat down for dinner. The first time I bit at it, I had to get it out of my mouth due to its very sour and bitter taste. It was by no means fit for eating raw.

We had a Turkmen flatmate named Servet. He was also cooking meals for us at the school. Servet said, “Brother, this is karela. You cannot make a salad with that. It must be cooked.” It turned out that Servet loved karela very much. We gave the rest of the vegetable to him; he cooked and ate it himself. We learned the difference between karela and cucumber with a bitter taste.

Bhindi is a vegetable found especially in winters. It is finely chopped and well roasted and is cooked with plenty of meat and onions. It is eaten with warm, fresh, wholewheat bread.

This vegetable, which is native to the Subcontinent, has many varieties: Purple, round, white… Generally, it is stewed. There is no eggplant kebab in Pakistan. During a trip to Turkey, we dined at a restaurant in Bursa with our group. Everyone chose something from the restaurant menu. A Pakistani friend liked the picture and ordered an eggplant kebab. When his order arrived, he had a thousand regrets. Since the eggplant kebab was both dry and spiceless, it was an unpleasant dish for him. ☺

Onion and garlic seem they are made to burn in this geography. They are fried until almost crunchy before meals. Big red onions are found in abundance. They are cut and placed in wheel shapes to be eaten in salads. A meal without onions is almost impossible.

Peas are consumed a lot in Pakistan. They are planted and harvested when the weather returns to normal in winters. In the markets, vendors take the peas out of their shells and sell them until the evening. It is cooked as spicy and almost without stew.

In the fertile plains of Punjab mustard fields with yellow flowers stretch. It looks as if someone painted the plain yellow with a brush. It is one of the important export items of Pakistan.

In Pakistan, sugar is produced from sugar cane. It is locally as called as ‘ganna’ and is harvested in winters. Especially in Punjab, on the streets or in shops, the sugarcane stalks are peeled and squeezed in vices to extract the sugarcane juice. The sugarcane juice is put on ice and drunk like sherbet. In this way, you may commonly see sugarcane juice stalls in city streets.

Turnip is not eaten by grating like we do. It is cut in wheel shape and put into salads. Shalgam is a widely consumed vegetable. Once we went on a trip to Turkey with our group from Karachi. We treated our Pakistani friends with hot turnip juice from a stall in front of the Kocatepe Mosque in Ankara. Our friends drank the whole bottle, from which I hardly managed to take a sip or two, in almost one go as if it was water.

This parsley-like herb is especially used in meat dishes. It has a pungent odor. It takes a little longer to get used to. It is very similar to parsley in shape.

It is a vegetable cooked in the form of white beans. It is consumed in abundance. It is called “lobia”, a word from Persian.

Lentil is not cooked as a soup, but rather consumed as crushed. After pulverized into flour, it is used in cooking with chickpea flour or just as lentil flour. Spicy lentil paste in the mornings is one of the most consumed breakfast items.

This white-coloured legume shaped between chickpeas and white beans is especially mixed with lentils. In the mornings, it is consumed spicy with fresh wholewheat bread for breakfast.

HERBS, VEGETABLES AND LEGUMES YOU WILL NOT FIND IN PAKISTAN

Parsley is rarely available in some grocery stores. Since it is scarce, you will have to grow it in a garden or in pots. We had friends who grew parsley in the schoolyards.

We had taken cress seeds to Lahore and planted them in the front garden of our house with the permission of the house owner. It grew nicely and was pretty much ready to eat. However, when we woke up one morning, we saw that only the stems of the cress remained. The birds had eaten our fresh cress.

Arugula is one of the unknown and not widely found herbs in Pakistan. There were two ways to find arugula: Either take the seeds and sow them or wait for the summer.

Although there are some vegetables similar to leek, it is one of the vegetables that can rarely be found in Pakistan.

It is interesting that there is no spinach in Pakistan, where greenery is very popular. Since the climate is very hot, it is not possible to grow it.

White beans are hardly found in Pakistan. Therefore, they are almost not eaten at all.