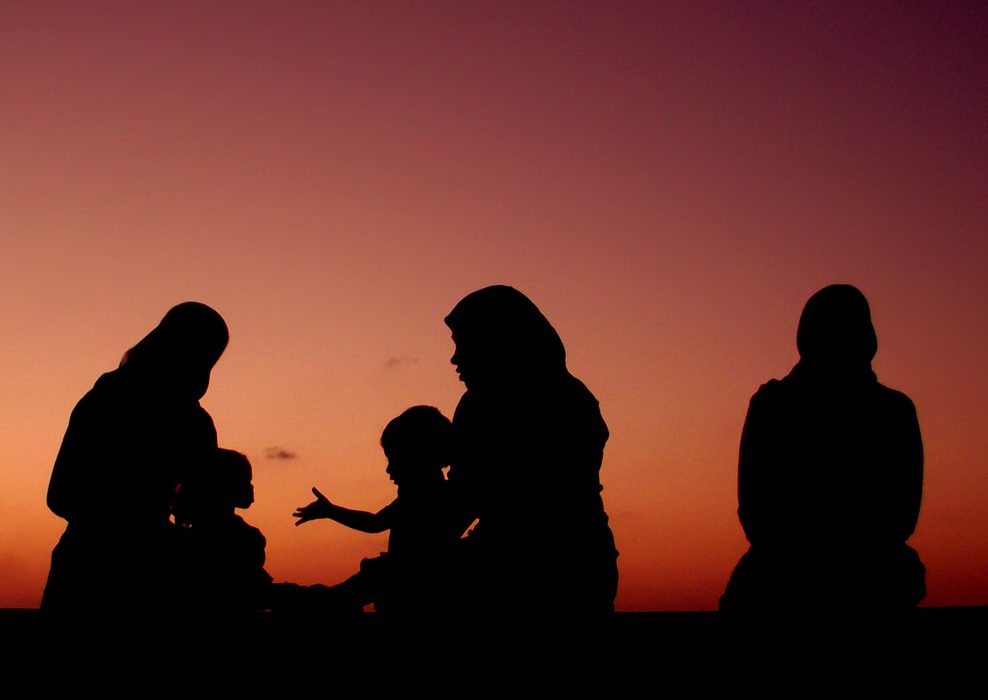 Gamze Çiçek, a Turkish student who had her higher education in Pakistan, wrote about her troubled times after 2016. She told about her ‘elder sister’ in Pakistan who attended to her and her friends’ troubles no different than a ‘mother’, and took care of them in difficult times while they were far away from their own families.

Directly proportional with the resonances of the ‘process’ which had started in Turkey in 2014, the opportunities we had in Pakistan had also started to diminish fast. A period had begun when we had to live in a narrower circle and with limited means. We all stayed together and shared our pains and troubles with one another. The one who listened to others’ troubles on this day would become the one who was patted on the shoulder and soothed on the next day… Our emotions that were constantly tattered with each news we received from our country and our families would almost collapse with successive earthquakes. We were like the only column standing in a dilapidated building that hung on with all its might and kept on struggling with hope. We had nobody else but one another to understand us.

We were completely alone after bidding farewell to our loved ones one after another. Even though it was hard, we had to hold on. Our university courses, which were tough to cope even under normal conditions, weighed heavier on our shoulders under the new circumstances. We were unable to breathe as our shortcomings stifled us under their weight. We tried to distract ourselves by being busier in our routine at the dormitory and continued to scatter the seeds of hope with all our might.

We knew each beginning was a challenge, but the challenges were doubled further during the process. We would attend our university classes in the mornings; as soon as we arrived back in the dorm, we would divide tasks among ourselves and sweep the rooms, and then we would serve the meals when ready. Even though we were shedding tears of blood, we were trying our best to beam smiles at everyone around us. In that way, we were trying to forget our own troubles and reiterate beautiful practices. In the late evenings, we hardly put one foot in front of the other to reach our rooms and go to bed; yet, as we rested our heads on our pillows, we had the inner peace of having done our best.

‘We’ were our biggest prospect

And the phone rings… Nothing hurts like the voice of a mother crying helplessly if you are abroad and if she has remained displaced in her own homeland… At a corner of the world, distances become farther away at that time. As your tears flow like the rain, you feel a hand on your shoulder; it is one of your friends and one of your “sisters”, saying “I am here, I am with you”. For us, ‘we’ were our biggest prospect. How many years passed without seeing our families? How many holidays, how many diseases, how many tears we had without them? Yet, we were together. We existed as we were together. And we had an elder sister who welcomed us to her house every Saturday.

A time came and we were able to get off the school van without wrinkling our clothes. That also meant we had become fewer. The garden door would be open to everyone like her heart. We would knock on the door and wait for her to come from the kitchen. For many more years, she will come to life in all of us with the way she smiled and opened the door. When we entered that house, all our troubles would be left outside the door, along with our shoes.

From then on, we were her daughters. On her humble table, she would also place the ‘motherly warmth’ which we had missed the most in a foreign country. She would feed us to our full both bodily and spiritually. Not to forget her reminders at the end of each weekly visit: “Girls, come earlier next week so that we may sit and chat for longer. Short visits like these will not do!”

It had to be because we missed working in the kitchen while staying in the dormitory, each of us would try to help our elder sister in her kitchen. The aroma of our favourite Turkish pancake would waft across the house. ‘Let me warm up the tea!’, ‘The plates are on me!‘, ‘Should we set the table here or there?’ (We would ask the same questions every week and receive the same reply: Wherever you like! 😊 )

He made us memorize the Besiktas anthem

Her little son Ahmet would try his new footballs on our heads and we would pick sibling fights with him… Even though he would at each time part with us saying, “Never come back!” we would understand it as “Come back next week”, look at one another and start to laugh heartily. Ahmet would welcome us in his Besiktas jersey every week. He even made us memorize the Besiktas team anthem ‘You are in my thoughts every night’. We would have an incredible joy as we sang the anthem with him. (While returning to our dorm, we would even listen to that anthem in the van) While exchanging laughs with Ahmet, we would go loud and even when our elder sister would say, “Ahmet, leave your sisters alone and let’s have our breakfast!” we would laugh louder.

Even when she had set the breakfast table with many delicious dishes, our elder sister would humbly apologise, “Girls, excuse me. I could not prepare many things for you” and we would always reply, “Oh, come on, please!  Simply tea would do; our purpose is to visit you and have some quality time.” However, she would always add something new to the weekly breakfast menu.

Our elder sister was an architect who made our tough times into an exquisite and relief-laden period. With the warmth of her home, we would be instilled with peace. Moreover, and I am not joking, her house would be really hot and we would – despite all risks of evaporation – continue having our tea. Her daughter Zeynep would tell us what she had done in the school and we – being students ourselves – understood her better. Our chats gained colour as our elder narrated us folk stories from her native Erzurum province and we would listen to her with great attention. We would sit at the table at length and narrate our weekly stories to our elder sister. Even if we had listened to the same story for ten times earlier, we would laugh at it and re-experience the same moments as if we heard it for the first time.

We were never different than her own daughter

Students who have their education abroad also have abundant memories to tell; however, the experience had by one of us belonged to all of us and we, as if we personally experienced it, would feel sad or happy. The way our elder sister listened to us by punctuating her responses with, “Aww, my dear!” made us relieved with the feeling that “we have someone who listen to us earnestly”.

In that house and by her side, each moment was enjoyable. After the breakfast, we would sit on the sofas and have some more tea as we listened to her with full attention. As she narrated one story after another, we would also become emotional and moved to tears. Despite every hardship, we would say our thanks to the Almighty for the things we had, sense the responsibility vested on us by those who trusted us, and would realize that we had to spend our time productively.

I guess it was uplifting to feel as if we were in the sitting room of that house which we never wanted to leave… yet, it is just a dream now. Even the prospect of going there next week was nice. With her sincerity and the way she embraced us in a foreign place, stood by us during our times of trouble, and considered each one of us no different from her own daughter Zeynep, she was “our mother in a foreign land”.

We still remember the way she used to see us off, as if she was saying goodbye to her own children, with ’Study your lessons well, take good care of yourselves, send me a message in case you feel like eating something special so that I may prepare that for our chat next week.” Was the “next week” really meant to arrive once again?