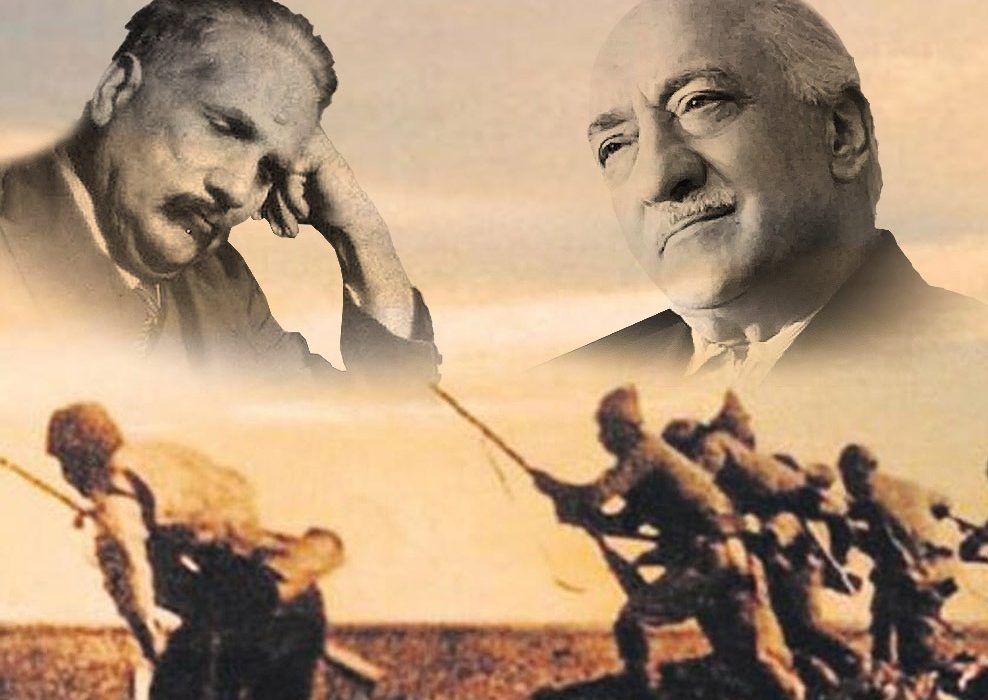 Gamze Çiçek, who studied at a university in Pakistan, wrote about a spectacular incident she experienced during the stage of her graduation. She shared how she had presented her graduation project titled ‘The Brotherhood of Pakistan and Turkey’ through an incident narrated by Fethullah Gulen Hodjaefendi and the emotional ripples caused by the presentation.

It was the last semester of my six-year university education in Pakistan. Since mine was the education department, I had to complete the workshop, internship and project assignment requirements for graduation. Our assistant professor was to divide us into groups and assign the project topics. He called me into his office and told me that he had not assigned me to any group. He told me to prepare my project by conducting a research on the ‘brotherhood of Pakistan and Turkey’ – a topic from Pakistan Studies course – from historical sources and to defend it accordingly. I knew it was mandatory to take the History of Pakistan component of the Pakistan Studies course in all departments, but at least I dreamed of completing my graduation project in my own field of study. Whenever I planned something, someone else would already decide it for me and my plans would be spoiled. That was one of those instances…

I accepted it even though I did not want to, because I had no means to object. Since I was the only Turkish student at the university where I studied, it was expected that my every move would conform to the Turkish traditions and culture. That compelled me to take my steps cautiously, think every word twice before saying and behave more focused in all respects. At times, it was very exhausting for sure. I used to resent, “I wish I had another friend from Turkey with me at this university”. Meanwhile, spending time with my Pakistani friends, exchanging greetings and tasting the home-made dishes they offered to me boosted my morale. Even though I insisted in the beginning “Don’t speak to me in Urdu, speak English to me!”, in time, they taught me Urdu and saved me from objecting further. Later, we started dying for drinking doodh patti (milk tea) and eating biryani between classes. Each activity undertaken by the students of our class was named a ‘party’. Each activity used to end with eating biryani…

Hodjaefendi’s narration came to my rescue

While searching for some prominent and poignant examples on the theme of my project titled, “The Brotherhood of Pakistan and Turkey”, I mostly encountered ordinary pieces of work. I decided to drop the project topic in case I would not be able to find anything interesting, and I paused my research temporarily. One day, while listening to a sermon of Fethullah Gülen Hodjaefendi, I experienced that proverbial moment of synchronicity. He was narrating an incident about Allama Dr. Muhammad Iqbal: “During the War of the Dardanelles, the Ottoman Empire was – in a manner of speaking – placed on a chopping board for disintegration. The great powers sieged the Ottoman realms and eyed them with greedy intent… In today’s Pakistan, in Lahore, a valiant man stood up among the congregated crowds and walked rapidly to the podium… He addressed the people from there, saying, ‘O the Congregation! At this very moment, I see myself in the presence of the Holy Prophet (sallAllahu alayhi wa sallam). He asks me, ‘Tell me Iqbal, what gift have you brought to me?’ O my Sultan! What gift does a Sultan expect from a slave? Yet, I have half-filled glass of blood in my hand. This blood was shed by the Muslim Turks in your honour in Tripoli!’ The congregation was extremely enthused… They rushed to donate all what they had on themselves and in store: food, clothing or money… A mother could eventually and with great difficulty reach to Muhammad Iqbal in the crowd. She pointed to her little son and said in tears, ‘I only have my child to give. Take him for the sake of our brothers!’ … What an epic was in progress in those moments! Another item was delivered to Iqbal after passing from hand to hand. Those were a pair of bloodstained gold earrings ripped by a woman from her own ears in enthusiasm after hearing Iqbal’s appeal…”

I had listened to that incident in the history lessons, but it never was so detailed and moving like the one I listened from him… I thought, “Hodjaefendi’s power of oration has once again moved our heartstrings”. I felt elated, because the project started to take shape in my mind. While searching for the sources elsewhere, I had found it right at our own fountainhead of inspiration.

The project evolved into something different with the professor’s expectations!

When I went to the university and discussed the project with my professor, he surprised by requesting me to prepare some refreshments on the day of the presentation. I started thinking to myself, “My graduation project has evolved into something entirely different; the professor expects something different and it looks it is not limited to this course only!” I still could not understand how he directed me to my project that way. He offered my other friends the opportunity to work within their groups and let them free to choose the project topics from their own fields of study. I delved into deeper thoughts: “Will I be able to do it all by myself?” I completed my preparations without sleeping a wink until the morning. Everything including my model, posters and speech were ready, but I was not! I was afraid of saying something wrong and ruining everything. One part of me was raring to go and deliver the presentation in a single session, and the other part was forcing me to retract my steps. Yet, there was no escape and it had to be done…

When I entered the classroom, I found everyone practising their presentations from the posters they hung on the walls. It was the time for the class. My excitement doubled both due to the forthcoming presentation and the surprise treat I was to offer to my classmates. I guess I was not the only one to be surprised on that day. On invitation of our assistant professor, the head of the department, the leading professors of the department and the rector of the university entered our classroom to listen to the projects presented by the students… We knew and respected our professor, but the arrival of the other academics was a big surprise to us. We all looked forward with excitement and anxiety to seeing who would be presenting first.

Our professor led the way and spoke about the significance of the day. He commended us and mentioned that we would soon be receiving the reward of our hard work. Later, he invited the guest academics to express their thoughts… Each guest wished us luck and said they wished to talk to us at length after the presentations. I was sitting in the front row and near the wall. Our professor’s eyes scanned the classroom and stopped on me. He invited me to deliver my presentation. I took my model and presentation poster, and started by mentioning the title of my presentation: “The Brotherhood of Pakistan and Turkey” The title drew the attention of the guest academics and my classmates. Indeed, due to the professor’s request, my topic was different than the others.

When I started to speak, I saw the professor was listening to me with full attention and so helping me feel confident. I started telling the historical event the same as I listened from Hodjaefendi… The whole class took out their phones and started recording my presentation. I could imagine they all thought they had not known that incident in so much detail and that they were curious to know from where I had learnt it all. I was trying to convey what I had learned the same as I had listened and felt it: Allama Muhammad Iqbal’s appeal to the people crowding the Lahore Square, the manner people rushed to donate all what they had and said, “May these be sacrificed for our Turkish brothers!”, the manner people wept in agony and fellow feelings, the tears mixed in prayers, and the likes of the woman who wished to donate the bloodstained earrings they had ripped in ecstasy from their ears…

The professors replied, ‘You are our child’

“Yes, you may not know these sacrifices made for us. They had been made by your own grandparents. Yes, your grandparents rushed from this land to extinguish the fires burning in our lands with water flasks in their hands; indeed, you yourself ran. However, the amount of water did not matter, you shared our agony, you reached out to us, you opened your hands to the sky in prayer for us…”

As I said these words, I had Hodjaefendi’s voice echoing in my mind. I was teary-eyed and also standing straight with the pride of being able to narrate it all in front of my classmates and the elders at the university… I said, “Today, on behalf of my country and on behalf of my grandparents, I would like to express our indebtedness to you all. I know, of course, what you did can never be recompensed; yet, as a token of gratitude, I have prepared a small treat for you,” and took the wet cake – which I had prepared by planting the miniature flags of Pakistan and Turkey on each slice – from my desk to the rostrum.

A loud applause broke in the classroom. I could see tears in the eyes. I could also read the gladness on my professor’s face for having made a correct decision and directing me to that project…

The guest academics commended on our professor by saying, “You educate superb students.” They placed their hand on my head in blessing and said, “Tum hamare bacche ho” (You are our child). As per the traditions in Pakistan, that gesture denoted the love of the elderly for the young.

I served the cake to each of my classmates. That day was a turning point for me. I have always thought perhaps the reason why I had been to Pakistan was to deliver that graduation project presentation… I also thought I was leaving Pakistan after having fulfilled my duty there.