Let’s revisit each Ramadan we spent in Pakistan 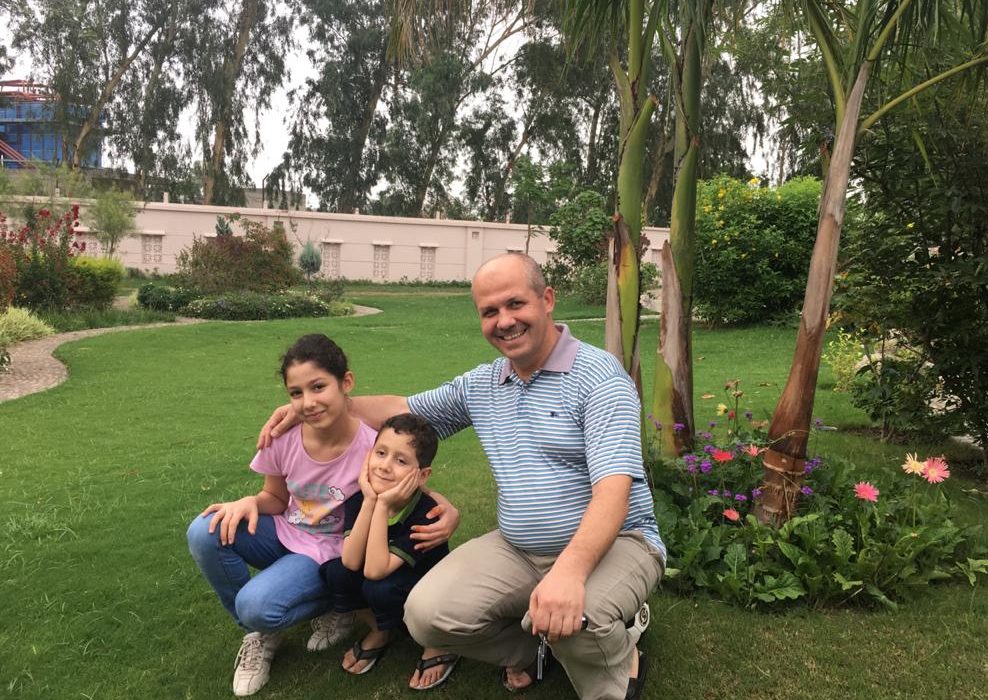 Sadullah Bayazit, who devoted the most productive periods of his life to the education of the youth in Pakistan, wrote about the 9 years he spent in Lahore. He noted that while he and his family had to leave Pakistan in the end, they still lived by longing for those days in the past.

In the summer of 2009, my wife and kids were in Turkey. They had stayed there because the weather in Pakistan was extremely hot. I  had returned from Turkey to Quetta alone. At that time, I also had learned that I would be working in Lahore from then on. While my family was in Turkey, I packed the items at home all by myself and moved them on a truck. Although I had asked the truck driver over and over again and he had said “No problem!” all the same, while I was unloading the items in Lahore, I could not find any solid and dry cardboard box. August is a month in the monsoon season when it rains as if water flows from a fountain. Since the driver did not cover them properly with the tarpaulin, all our household items were soaked wet. I sat in a corner and wept in despair. It was less than a week before the month Ramadan started. I found a house and placed the items myself, and I entered Ramadan in our new home.

Lahore was huge as compared to both Peshawar and Quetta. The distance between the district where my house was and the district of Islampura where I worked was very far. I had to go back and forth daily to Islampura, which was 28 kilometres away from my house. I still had no money to buy a car. I travelled that 1.5-hour distance on a three-wheel rickshaw every day for three years. Working at the PakTurk Islampura Branch had become an indelible experience for me. Our students were generally the children of the junior grade civil servants. They were hardworking and determined. Ours was a school with nationwide success. There were around 300 students. Whenever I stepped inside from the main gate, all students who saw me loved greeting me by shaking my hand. It was not possible for me to keep up with all of them, but I would shake hands with all whom I could reach. It was a school for the students from the pre-school to Grade 5 and it had a wonderful atmosphere. Someone from the outside would immediately feel that atmosphere in the school. Especially our Pakistani colleagues were very diligent. They considered the school as their own and worked that way. I thank to all of them, and I believe they continue their diligent work in the same way even though we may not be there.

Three years in the office and the return to teaching

We spent nine years in Lahore. After working in Islampura for the first three years, I later started working in the administrative office at the Boys Section in Raiwind Road. I supervised the accounts for about three years. Later, I wrote many applications saying “My task is education” and urged to work as a teacher in our schools again. Towards the end of 2015, I was assigned the task of overseeing the founding of our school in the Dream Garden housing society. In April 2016, we opened our doors to education with 48 students.

When I had first arrived in Lahore, I had found the milieu very different. Lahore was neither a Pakistani nor a Turkish city. There were local philanthropist businesspeople and entrepreneurs who supported the schools’ projects. They built schools, sponsored the education of the students with slim means, and offered iftars and dinners to the needy. Meanwhile, the city administration revamped the road structure in our district almost every day and the city’s overall cleanliness was improving. What’s more, our junior brothers who freshly graduated from our schools would support us in our educational activities. That was something which had long-awaited since the founding our schools. It was time we had to gradually hand the schools over to our Pakistani brothers and sisters. In time, that process was completed without much delay.

Meanwhile, I completed my master’s degree and my wife started having her university education. It was an additional hardship for her as a mother of young children to attend to a university which taught in English. However, my wife never quit her classes and secured her place among the best in her batch. This is a commendable achievement for a married woman with young children. At times, she had to the drive in the dense Lahore traffic to and from the university.

My life in Pakistan continued without any interruption for 22 ½ years, until December 31, 2018. Even though it has been three years since we last saw Pakistan, we as a family can never forget those days. Every day, we open discussions from those golden pages of our lives in the past. I am indeed obliged to express the quality of education provided by our schools in Pakistan, because I knew that from my own children. We still live by longing for those days in the past. While leaving Pakistan, it felt as if we were leaving our own homeland. We endeavoured for remaining longer until the last day; however, it was not vouchsafed for us by the Divine Providence.

(May the Pakistan-Turkey Friendship Last Forever!)