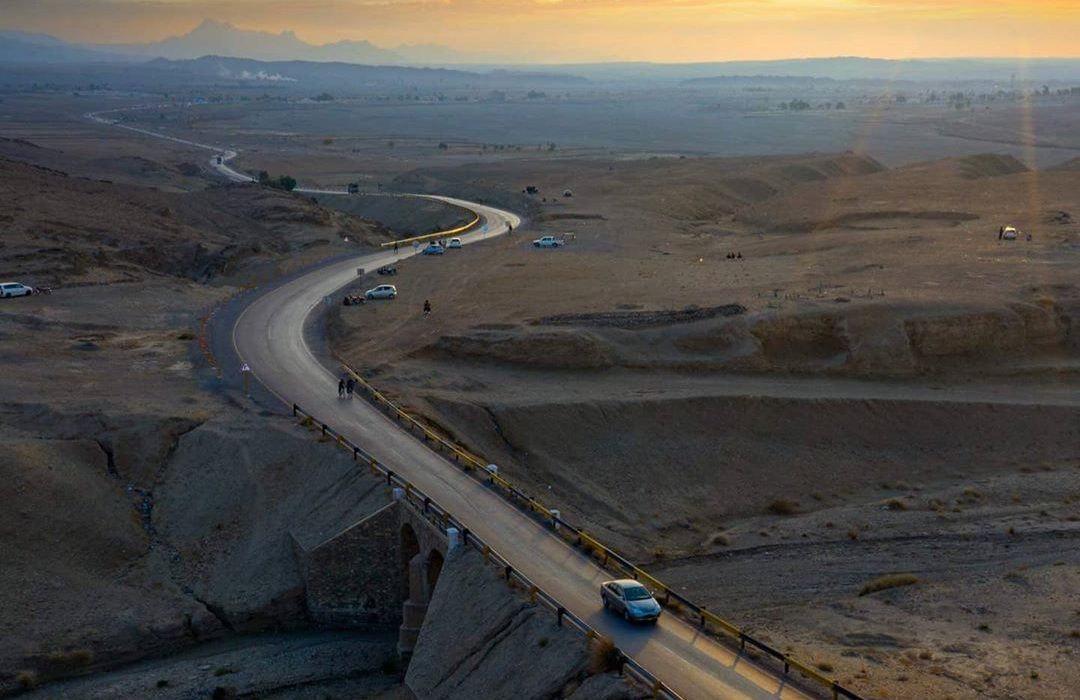 Researcher Doğan Yücel wrote about the parent visits his teacher friends carried out during their tenure in Quetta. Due to regional circumstances, such visits were sort of adventurous and thrilling as well.

In the summer of 2006, we were in Quetta and we went to Gulistan for a parent visit. Gulistan is a small town situated near the Afghan border; it is renowned for its spread-out vineyards and orchards. After taking the rounds of the apple orchards, vineyards and watermelon fields there, our host said, “You must stay for the dinner.” After the dinner, he insisted we should stay there overnight. We kindly declined his offer and said, “Phones do not work and our families do not know we are here.” We had already requested to leave before the dinner, but the parent had not accepted that. We had to rely on a different cellular network. The night fell while we were in an area with substantial security issues. The parent said he would assign two or three of his employees with a vehicle to escort our rented car until we reached near Quetta.

Our phones went online with bursts of messages

Before our departure, the parent’s employees had loaded gift boxes of watermelons and grapes in the trunk of our vehicle. Hence, we set out and after driving for a long time, our escorts told us at a location near Quetta, “It’s now safe for you to travel from here.” They said goodbye and returned. As we drove closer to Quetta, our phones came online on their usual cellular networks. No one could reach us until the evening, so messages started popping one after another in our phones. On that day, we learned that one of the former tribal chiefs, who also had worked in important positions in the Baluchistan province, had been killed in an air strike and his death led to large-scale protests everywhere. The provincial government closed the schools for 20 days due to consecutive protest rallies. If we had accepted the parent’s offer and stayed overnight on that day, we would not have been able to return to our homes for 20 days. We entered Quetta just in the nick of time, because the entry and exit points to Quetta were sealed a few hours later.

The Frontier Corps did not let us go

While in Quetta, we had also gone to visit a family and discuss with them about sending their son to Turkey for higher education. The parents lived in Nushki, a small town situated near Taftan, close to the Iranian border and three- or four-hour drive from Quetta. We sat and discussed with the parents and they consented for sending their son to Turkey for education. We had our meal and as we prepared to leave, the student’s father said he too would go to his workplace in a town one-hour drive from Quetta. We had enough space in our rented car, so we offered him to come with us. We had our ID cards, but not our passports, with us. Sometime after we drove on the main highway, we were stopped at a Frontier Corps (FC) checkpoint. The rangers there wanted to see our passports. When we said we did not have our passports with us, the soldiers did not let us go. We tried to explain ourselves saying we were teachers and we worked in Quetta. Even when the parent sitting in the backseat told them, “These are my son’s teachers, please allow us to go!” the rangers did not listen. I told one of the rangers that, if necessary, they would come with us to our school, see our passports and confirm by themselves whether we worked there or not. Since our cellular networks did not cover that region, we had no phone signals to access anyone and request them to bring our passports to the checkpoint.

Our families had been worried

It was February 14 and the rangers made us wait at that check-post between 1 PM and 7 PM. When it was almost evening, a district governor reached at the check-post in his official car. Since all cars had to slow down, it was also easy to stop them. I waved to stop the district governor’s car and requested him to hear our grievance. I summarized the issue and explained to him where we worked. Meanwhile, the parent had to wait with us at that checkpoint for six hours. At last, a squad car from the nearest city police station arrived and the officers said to the rangers, “These people do not pose any risk; you may release them.” Later, the police escorted us until Quetta city limits. Our families had been worried when they could not hear from us for hours. As much as we could learn afterwards, the rangers had apprehended us for so long on the likelihood that our group included ‘the two Turkish passport holders who had been reported to have crossed into Pakistan illegally.’