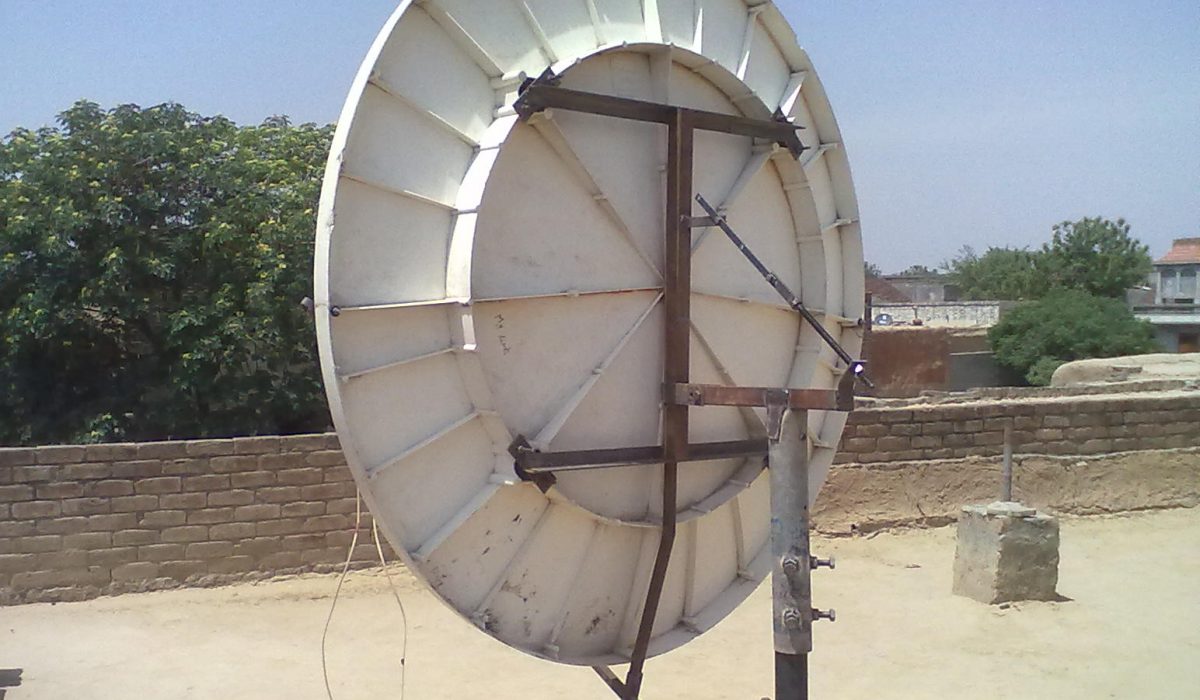 Researcher Dogan Yucel, wrote about the communication limitations they experienced in Pakistan during the days when the smartphones were not widespread and how they had established links with Turkey over the giant satellite dish antennas.

In the days when we first went to Pakistan, the Internet was just becoming widespread. Smartphones had not yet been invented. Calling Turkey was a bit costly as well. We could talk for 10 to 15 minutes with a $2 phone card. Internet subscription had just begun in schools. Things like watching movies online were not possible anyway. In order to download and watch a movie, you would have to take spare time from the night to the morning. Television was the only source for our spouses, who did not speak the local language, for our children, whom we wished not to forget their mother tongue, and for those of us who wished to be aware of the current affairs in our homeland. In 2005, we asked one of the cable TV companies in Lahore to add the Samanyolu Europe channel on their broadcast and the managers accepted. It felt so nice to be able to watch the Samanyolu Europe in the evenings, even for a little while. Later, Samanyolu Europe was removed from the cable broadcast.

A friend, who had lived in Quetta and watched the Turkish satellite TV channels through a dish antenna there, thought he could do the same in Lahore. For that reason, he purchased a 9-feet (approximately 2 metres) diameter dish antenna and had it tuned on the Turksat. When he got a positive result, we thought we should do the same. A dish antenna cost about $150. It was mounted on the roof and 20 to 30 metres of cable was required. Since the satellite dishes with 2m diameter could not fit through the doors, they were pulled up to the roof by ropes. Since the antennas were very large, their pedestals were fixed to the roofs with large screws to prevent them from toppling in the wind. Later, a layer of concrete was poured on the pedestals of the antennas. Despite all these, the directional adjustment of the tin antennas was altered in almost every strong wind. After a few hours of personal effort, we eventually had to call the repairman who had assembled the dish antenna. Repairmen would turn up a few days later and would charge $5 for each house call.

Look what the crow has done!

One of our colleagues, who was the vice principal of our school, said that he had found fiberglass satellite dishes from a shop on the Hall Road, where the electronics market was located. He said the fiberglass dish antennas received with a better quality and less image deterioration. Not much later, we changed our dish antennas one after another. Later, we also had a satellite dish antenna installed in the dormitory. In time, it was decided to subscribe to the Digiturk platform for the guests who visited from Turkey, for the local guests who came from different cities of Pakistan to stay in the guestrooms of the dormitory at different occasions, for following the Turkish and European national and league football matches. There were friends who subscribed to the Digiturk by providing their relatives’ addresses and paying the annual subscription fee in advance to bring decoders from Turkey. Quetta was the most advantageous place in terms of its geographical location for this purpose. It was both covered by the Turksat and was also high in altitude. That’s why, our most fortunate friends in terms of satellite dish antenna use were those in Quetta. Every two or three days, some crows used to hide their food in the pipe facing the LNB of the dish antenna on the roof of our house in Karachi. When the images on the TV started to turn blurry, we would go up and remove the food hoarded by the crows.

In a way, the reason for all that hardship was our longing for our homeland.