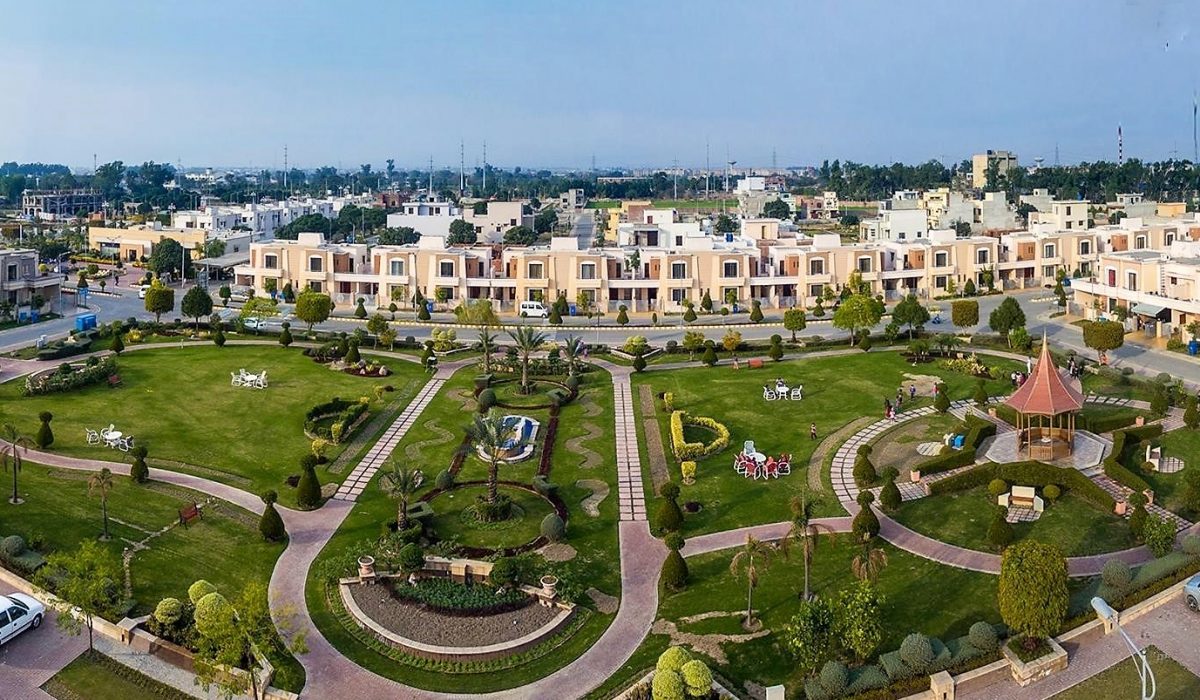 Educationist Sadullah Bayazit wrote about the founding process of the last branch of the PakTurk Schools, which was opened in Lahore under his supervision, and the interest shown to the institution by the public.

Lahore, the capital city of the Punjab province, has a population of over 10 million. In 2012, Pakistan’s two leading construction companies started the construction of a housing society comprising hundreds of superb bungalows in Lahore. Titled as the “Dream Gardens”, this housing project spans a triangular setup located on the recently-developed Multan Road near the most favourite settlements zones in Lahore with Safari Park, Bahria Town and Comsats – one of the best Pakistani public universities – Lahore Campus around it. Dream Gardens was only three kilometres away from the PakTurk Lahore Boys High School, the largest PakTurk campus school in Pakistan.

Both construction companies planned that housing project with utmost care. The company CEOs also conceived the idea of a school for the children for the new residents of the bungalows which were under construction. Meanwhile, PakTurk Educational Institutions had already become a brand. They carved their names indelibly in terms of high achievement in both national and international board examinations besides the science and educational project competitions in Pakistan and worldwide. Teachers or other members of the staff who had worked in PakTurk Schools even for a while were readily recruited by another educational institutions with attractive salaries.

Many proposals and demands for opening more schools

The circumstances were no different at the international level as well. PakTurk Schools followed the UK’s Cambridge International Assessment O and A Level and IGCSE curricula. This provided a good advantage for those who aspired for studying abroad. Our schools, which were ranked the first in Pakistan and the world in Mathematics and Economics in Cambridge International Assessment exams, started to be recognized abroad as well. We kept on receiving constant proposals and demands from many places in across country for opening new schools; however, those proposals would only be responded in line with the financial means and the number of teachers needed.

What made a school into a school in fundamental sense was the quality of its teaching staff. The prominent construction companies I have mentioned here were also thinking of building a school worthy of their brand within the housing society that had planned. They had requested the PakTurk administrators to run this school. Our school, the foundation stone of which had been laid in February 2015, became entirely ready for opening its doors for education within nearly a year as a result of intensive day-and-night efforts.

I reported at the construction site every day without interruption

Towards the end of 2015, I was assigned the task of overseeing the founding of the school in the Dream Gardens. When I first went there, I saw that the housing society was very well planned and set. I assumed my duties on October 2015 and continued working without any interruption every day. If I observed any missing component in the construction of the school, I would immediately report it to the company managers. The completion of the school building construction was originally the task of the housing society site administration, but the educational tools and the general equipment of the school were my responsibility. Time marched nearer to the deadline on each day. Above all, I had already shouldered a difficult task of seeking and appointing qualified and talented educators. Thankfully, the managers of the construction company thoroughly completed the needs of the school building. PakTurk Educational Institutions also intensified its efforts to train the teaching staff and the personnel and delivered the educational tools and materials on time. With the help of Allah Almighty, everything had been completed and ready in the new school building before the start of the new academic year.

Some moved there after selling their houses elsewhere

In April 2016, we started education with our kindergarten and primary school (classes 1 to 5) with 48 students and 10 teachers. Those who had purchased a villa in the Dream Gardens site considered themselves fortunate. The villa community, which had international building standards and a school of world-class educational quality, was a rare situation in the country. Both house prices and rents hiked rapidly in the Dream Gardens. We had prescribed special discounted tuition fees for the children of the residents. I witnessed many families who had sold their homes elsewhere and moved to the Dream Gardens to have their children study in the PakTurk Dream Gardens School.

In addition to providing world-class education, our schools also aimed to bring forth generations who had a high sense of responsibility with heartfelt love for their country and nation. Throughout 25 years, it adhered to an understanding of education in line with this sublime mission. I was destined to work in that school for a year only. The management office of the Dream Gardens was opposite the school and the staff there were noted for their regular and disciplined work. During my tenure, all housing society management and the company CEOs were extremely courteous towards us. They endeavoured to solve all of our school-related needs and I am extremely grateful to all of them.

For sure, we will go there one day and say, “Those were the days!”

Almost a year after the founding of the school there, the Dream Gardens administration planned to plant a forest on the site. The tree plantation program was scheduled to take place on August 14, which marked the independence anniversary of Pakistan. I became very happy when I received the invitation. On that day, we planted trees with the parents and the students that I now cannot count one by one. As far as I have been told, although only 4 years passed after their plantation, the trees have grown. That beautiful villa community named ‘Dream Gardens’ has practically become a ‘garden of dreams’. I greet all of them from the core of my heart. One day, for sure, we will go there again, wander around the places where we spent those good days and will be able to say, “Those were the days!”