The fatherly advice that changed Allama Iqbal’s life: Recite the Qur’an as if Allah is addressing you!

Teacher Hilal: We bore all hardships for the sake of a sublime meaning

The fatherly advice that changed Allama Iqbal’s life: Recite the Qur’an as if Allah is addressing you! 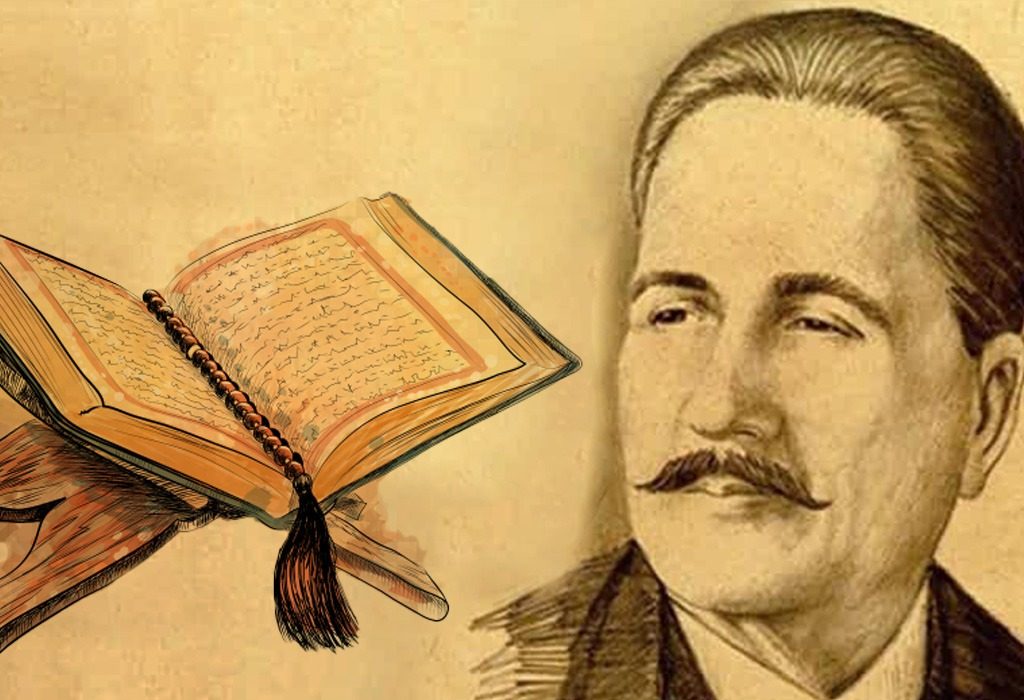 On the occasion of the month of Ramadan, which is to start by tomorrow, we share the fatherly advice, which Allama Dr. Muhammad Iqbal proudly mentioned in his memoirs, through the narration of Fethullah Gülen Hodjaefendi.

The blessed month of Ramadan, the Sultan of the 11 Months, the medicine of the hearts, and the blessing of the days and the nights, has arrived. Starting by tomorrow, this holy month will be hosted as an honoured guest of the hearts and the homes across the Muslim World throughout a lunar month. All Muslims will endeavour to make the best of this exceptional period of time; in a sense, they will perform the spiritual accounting of the past year and prepare for the next.

One of the nearly 60 names of the Ramadan is ‘the month of the Qur’an’ because of the fact that it was the holy month in which the Holy Qur’an – the greatest miracle of Rasulullah (sallAllahu alayhi wa sallam) – was revealed. Therefore, throughout the month of Ramadan, Muslims will recite the Holy Qur’an entirely and – in tribute to the mutual Qur’anic recitation between Rasulullah (sallAllahu alayhi wa sallam) and Jibreel (alayhissalaam) during this month – they will hold sessions for jointly following the recitation of the Holy Qur’an.

Muslim scholars focused on the issue of how and through which zeal and enthusiasm the Holy Qur’an should be recited. One of the most striking examples about those was embodied in the advice the Pride of Pakistan Allama Dr. Muhammad Iqbal had received from his father. When Muhammad Iqbal was in his teens, his father Noor Muhammad asked him repeatedly what he was doing, although he had seen Iqbal reciting the Qur’an every day. When Muhammad Iqbal wished to know why his father had felt the need to ask him the same question again and again, even though he had seen him reciting the Qur’an, his father said to Iqbal, “You must recite the Qur’an as if it was revealed to you so that you can benefit from it from its truest essence!”

Those who narrate the Muhammad Iqbal’s life or his relationship with the Holy Qur’an frequently draw attention to the abovementioned dialogue between him and his father. During his sermons and conversations, Fethullah Gülen Hodjaefendi had repeatedly conveyed this meaningful anecdote in his own unique style. Based on the significance of this day, we share the following narration by Hodjaefendi:

Doctor Iqbal was someone like our (Mehmet) Akif. At the same time, he had full command on the Islamic jurisprudence and the essentials of the Islamic jurisprudence. Even though he had lived in London for ten or so years, he had never abandoned offering the tahajjud prayer even for one night. You may have read it; he has his Javednama which he compiled in honour of his son. He also has poetry books like Asrar-e-Khudi, Rumuz-e Bekhudi… the Secrets of Attaining the Self and the Secrets of Renouncing the Self. He has a work named Payam-e-Mashriq… the Messages from the East. All of those works had been translated; Annemarie Schimmel had translated the Javednama in the late fifties, I presume. I humbly read all these from those translations. You may receive and respect Iqbal the same as you receive and respect Mehmet Akif. As a matter of fact, when Akif came to know about Iqbal’s works – because Iqbal had started his works earlier than Akif – he said, “He thinks exactly like me!”

Doktor Iqbal says in his memoirs, “I used to recite the Holy Qur’an periodically. My father used to tell me…” This means, such a son was sired by such a father. What a father he was. May Allah make fathers into such fathers and children into such children! How a father is, a child too takes shape accordingly; first by imitation and observation. Later, he opens himself to his father’s realm of deep inquiry and to the clime of the deeper inquiry. A day comes and he is delivered to the Truth of All Truths. May Allah make us into those who travel on that path! Doctor Iqbal says, “My father constantly told me, “Son, recite the Holy Qur’an! I kept on reciting the Holy Qur’an and did not put down the Holy Qur’an.”

From that day on, I started to understand the Holy Qur’an deeper

Indeed, if you study Iqbal’s works and words, you may come across droplets from the Holy Qur’an. Remember, he delivered a sermon when the Ottoman Army had become victorious in the Battle of Tripoli. A large contingency of people was assembled there to listen to him. He recited his emotions in a poetry and said, “I see myself in the presence of Rasulullah – sallAllahu alayhi wa sallam – now and he asks me, “O Iqbal! What gift have you brought to me?” I reply, “the martyred Ottoman soldiers who had fought in Tripoli. I have brought to you a glass of their blood!” When Iqbal is discussed, he should be approached with regards to his vision and horizon. This was how he looked at the issues.